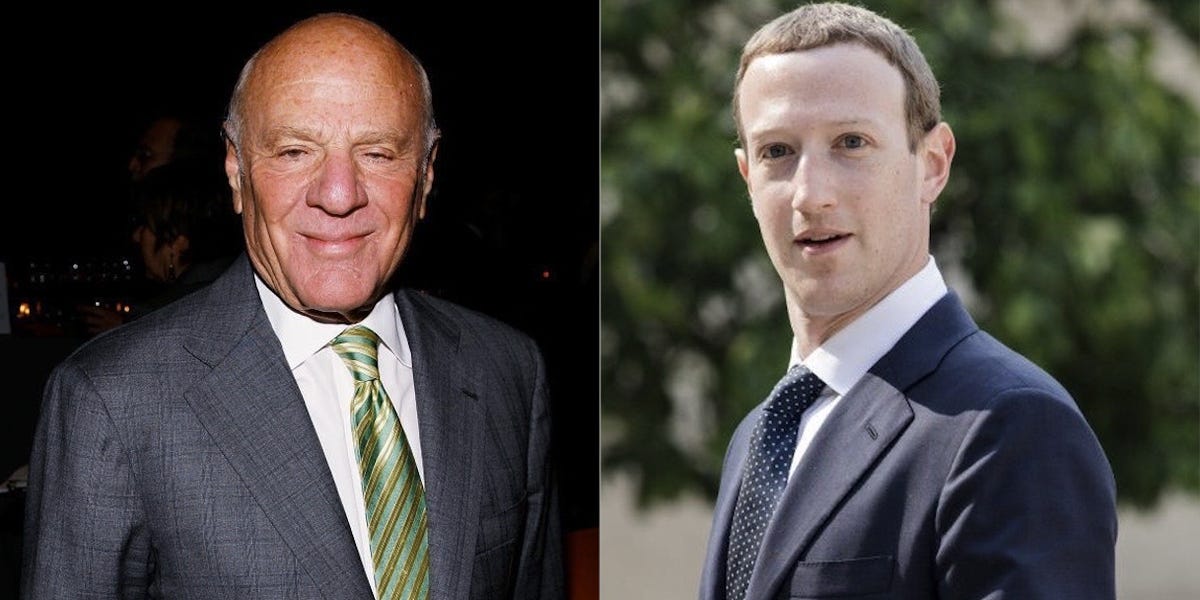 Media mogul Barry Diller had some harsh words for Mark Zuckerberg on Monday.

The founder of IAC, an internet and media conglomerate, said he has “great respect” for Zuckerberg, but questioned the Facebook founder’s decision to pivot toward the metaverse, a digital universe where users interact via avatars.

Diller has made billions founding and investing in top media companies such as Expedia Group, Fox Broadcasting Company and USA Broadcasting. The 80-year-old is currently worth around $3.8 billion, according to Forbes’ world billionaire list.

“If you change the name of your company to something that doesn’t yet exist to bury what exists wildly successfully, there’s something pretty weird about that,” Diller said in a interview with CNBC’s Squawk Box.

A spokesperson for Meta did not respond to a request for comment prior to publication.

After changing the name of Facebook’s parent company to Meta last year, Zuckerberg has overhauled Facebook with a vision to create a world where people connect in a digital universe using virtual and augmented reality devices. The Facebook founder has spent $15 billion so far on the project and has said that one day the metaverse will be the way people “interact with the world.”

But critics have said the technology just isn’t there yet. Competitors such as Snap and Apple have shied away from the term. Avatars in the Meta’s Horizon World don’t even have legs yet, and many users have taken to social media to mock the Meta’s poor graphics.

At the same time, Meta’s value has plummeted amid Zuckerberg’s metaverse push as the company has lost over 70% of its value since the Facebook founder first announced the name change. Last month, Meta shares fell 24% after the company missed earnings targets and Zuckerberg said he intended to spend billions more on the metaverse project in the coming year — a decision that has left some investors reeling.

“If he just paid attention to his core businesses, I think everything is fine,” Diller told CNBC. “These companies are great. They’re great. I mean, built from nothing, they’re just amazing companies,” he added, noting that Facebook faces huge gains if TikTok is banned in the US — a move he thinks is highly likely.

Republican lawmakers have worked in recent months to revive former President Donald Trump’s efforts to ban TikTok over fears that American data would end up in the hands of the Chinese government. Last week, Federal Communications Commissioner Brendan Carr told Axios that regulatory agencies such as the Council on Foreign Investment in the United States should take action to ban the app owned by Chinese media company ByteDance.

At Meta, Zuckerberg has continuously copied the popular video app, rolling out features like Instragram Reels. In October, Zuckerberg referred to TikTok as a “very effective competitor”.

Do you work in Meta or have a tip to share? Contact the reporter from a non-job email at gkay@insider.com