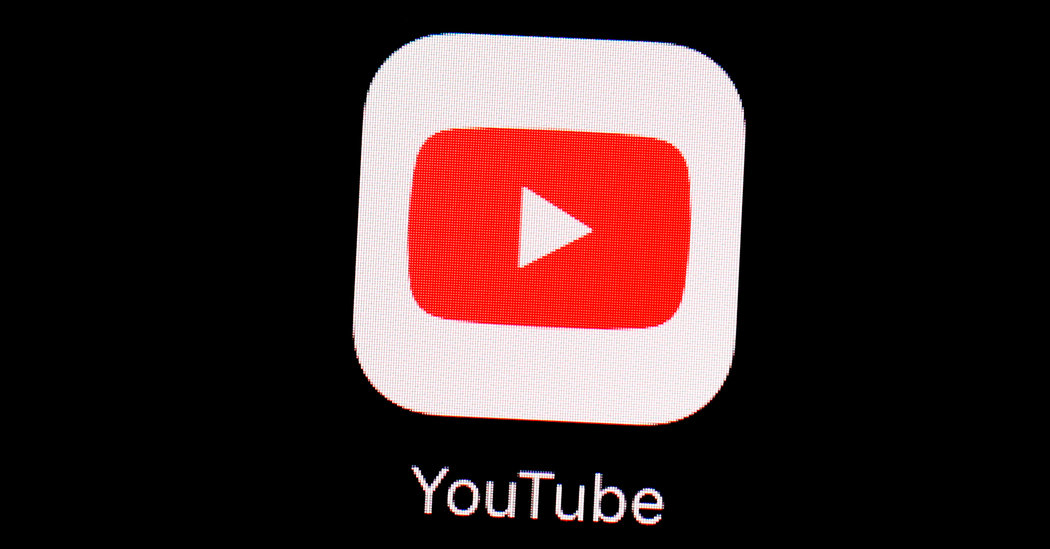 The Federal Trade Commission has fined Google between $ 150 and $ 200 million to settle allegations that their YouTube subsidiary illegally collected personal information about children, according to three people informed of the case.

The case could have significant consequences for other popular platforms used by young children in the United States.

The settlement would be the largest civil penalty ever achieved by the FTC in a child's privacy case. That dwarfs the previous $ 5.7 million record fine for child privacy violations the agency incurred this year against the owners of TikTok, a social video sharing app.

Politico first reported the amount of the settlement, which had to be approved by the Justice Department.

The news of the FTC's settlement with Google comes at a time when regulators and lawmakers in Washington and the European Union are challenging the power – and aggressive data mining practices – of tech giants like Facebook and Google.

The FTC, last month, announced a $ 5 billion fine against Facebook for abusing users' personal information. Congressmen have also introduced at least a dozen privacy and transparency bills this year to strengthen the protection of Americans' data on social media, genetic data, face recognition data and other types of information.

The FTC's agreement with YouTube represents a greater good than in previous children's privacy settlements, but the case has renewed complaints from consumer advocates that the agency has generally failed to require privacy violators to make significant changes to their data mining operations.

"Once again, this FTC appears to have released a powerful corporation with a nominal fine for violating user privacy online," Massachusetts Senator Edward Markey said in a statement Friday.

Google has met before reviewing how it collects and uses people's data. It is already subject to a FTC consent order from 2011 for misleading data operation as in the now defunct social network Buzz.

This order required the Internet search firm to establish a comprehensive privacy program and prohibited it from misrepresenting its data management practices.

In 2012 Google agreed to pay $ 22.5 million to settle the FTC charges that it had breached the consent order by tricking Apple's Safari browser users into its data mining practices.

Whether Youtube's alleged abuse of child data also violates that order is not known.

Children are among the most eager viewers of YouTube. Still, the video site has struggled to police content calculated and contained. In February, a video documenting how pedophiles used the comments on children's videos to guide other predators went viral on YouTube.

The disclosures were especially devastating because in 2017, YouTube had promised to do more to protect families following reports of pedophiles cruising the site for videos of minors, leaving scary or sexual comments. YouTube picked up the latest issue by disabling comments on most videos with children under the age of 13 after brands threatened to stop advertising on the site.

In June the New York Times published a survey of how YouTube's recommendation system automatically promoted videos of little-dressed children to people who had seen other videos of young children in compromised positions or sexual-themed content.

The charges against YouTube emerged last year after a coalition of more than 20 consumer advocacy groups filed a complaint with the FTC saying the video platform violated a federal privacy law by collecting and exploiting the personal information of children.

This law, called the Children & # 39; s Online Privacy Protection Act, prohibits online services aimed at children under the age of 13 to collect personal details – such as a child's date of birth, contact information, photos or precise location – without parental consent. The law also prohibits children's apps from using persistent identifiers to target youth with ads based on their behavior.

YouTube has long maintained that the platform is not intended for children under the age of 13, although some of the most popular channels – with names like Cocomelon Nursery Rhymes and ChuChu TV – are clearly aimed at young people, offering colorful animated videos that have been viewed more than a billion times.

People who set up accounts on YouTube must confirm that they are at least 13 and must agree to the Google Terms of Service so that the company can track users' video viewing activities, browsing habits, and other details. YouTube has said it deletes accounts when it determines that a user is under 13 years of age.

YouTube has its own app for younger users, called YouTube Kids, who says it doesn't allow behavior-based ads.

But children's groups said in their complaint that YouTube was aware that millions of children were watching the main channel and collecting the children's personal information regardless of their parents' consent.

FTC settlement with YouTube can have major consequences for other popular apps of general interest – such as animated video games – in the United States that have millions of users under the age of 13.

Google is also the subject of a state lawsuit over alleged privacy violations brought by Hector Balderas, the New Mexico State Attorney. Google has asked to refer the case.