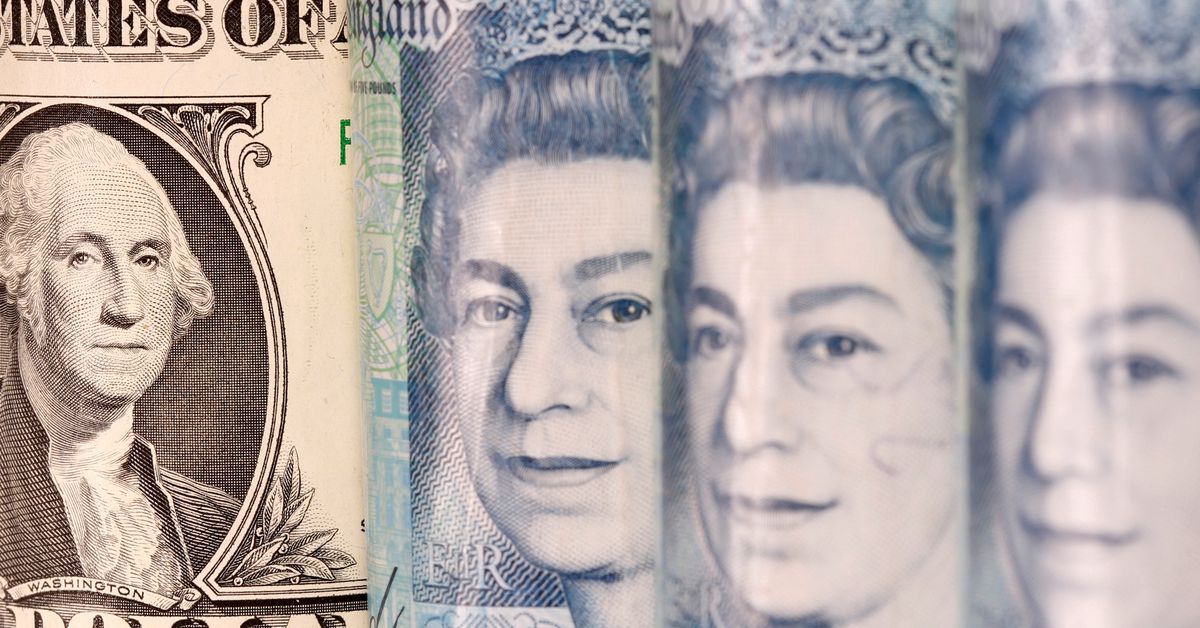 LONDON/HONG KONG, Sept 27 (Reuters) – World shares rebounded from 21-month lows on Tuesday and the pound rose after hitting a record low against the dollar a day earlier on British tax cut plans, as market slippages ran out.

US S&P futures jumped 0.94% after Wall Street fell deeper into a bear market on Monday, benchmark 10-year Treasury yields fell from the previous session’s 12-year high and the dollar fell from 20-year highs on a basket of currencies.

However, markets remained jittery after US central bank officials said on Monday that their priority remained to control domestic inflation. read more

“US interest rate expectations have risen quite significantly,” said Andrew Hardy, chief investment officer at Momentum Global Investment Management, although he added that “there is a huge amount of bearishness already priced into the markets”.

Markets are pricing in a 76% probability of another 75 basis points at the next Federal Reserve meeting in November.

Sterling collapsed to a record low of $1.0327 on Monday as the government’s tax cut plans announced on Friday came on top of massive energy subsidies.

After the pound’s fall, the Bank of England said it would not hesitate to change interest rates and was monitoring markets “very closely”. read more

Bank of England chief economist Huw Pill will address a panel at 1100 GMT.

Lack of confidence in the government’s strategy and its funding also hit the gilts on Friday and again on Monday.

The yield on five-year gilts rose as much as 100 basis points in two trading days, although it fell from its peaks on Tuesday.

“Of course the tax cut plan itself was aimed at stimulating growth, reducing household burdens, but it raises the question of what the implications are in terms of monetary policy.”

Spillover from the UK kept other assets on edge.

Bond sales in Japan pushed interest rates up to the Bank of Japan’s ceiling and led to several unplanned purchases by the central bank in response.

Oil rose more than 1% after plunging to a nine-month low a day earlier, amid indications that producer alliance OPEC+ may adopt output cuts to avoid further price collapses.

Bitcoin broke above $20,000 for the first time in about a week, as cryptocurrencies bounced, along with other risk-sensitive assets. read more