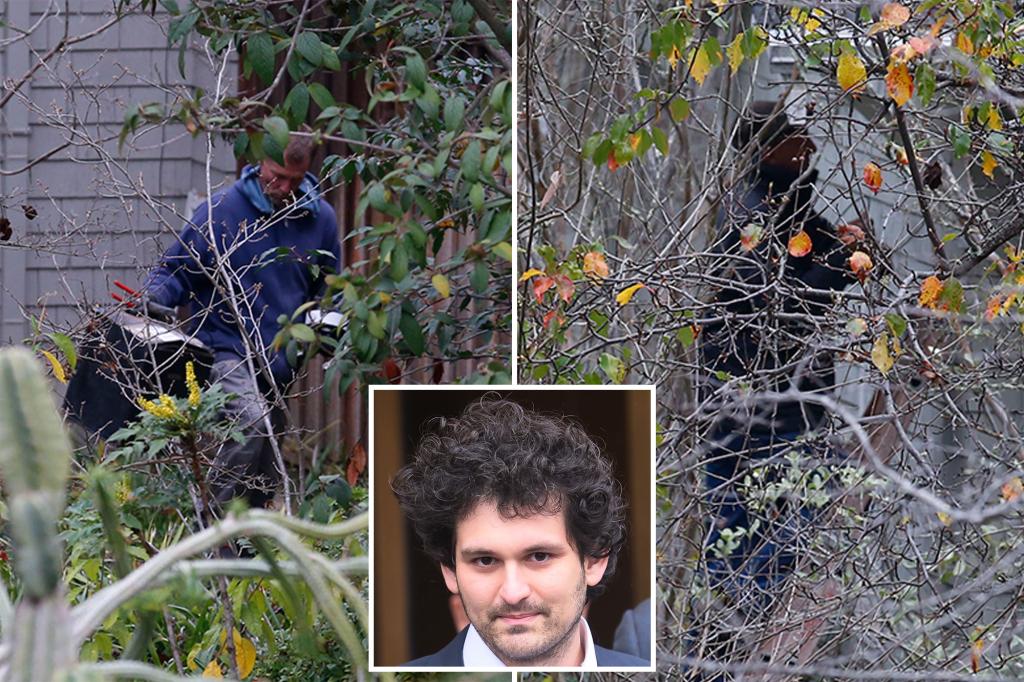 Workers were spotted installing security cameras outside the $4 million California home where disgraced FTX founder Sam Bankman-Fried is staying while under house arrest.

Workers set up the cameras around Bankman-Fried’s parents’ home on the edge of Stanford University’s campus in Palo Alto on Monday.

The fallen crypto king was granted permission in Manhattan federal court last week to serve his California house arrest while awaiting a federal trial after being released on a record $250 million bond.

On Friday, personnel from a private security company were seen outside Bankman-Fried’s parents’ house — just a block from the Stanford University campus where they are both law professors.

Bankman-Fried, 30, must wear an ankle monitor and can only leave the five-bedroom, three-bathroom house for exercise and mental health and substance abuse treatment.

He is also prohibited from making unsanctioned payments over $1,000 with the exception of legal fees.

Assistant U.S. Attorney Nicolas Roos said Thursday that Bankman-Fried “perpetrated a fraud of epic proportions” by allegedly defrauding investors and funneling client deposits into his FTX trading platform for himself as the site crumbled.

The alleged crypto grifter is staring down a sentence of up to 115 years. He is due back in court on January 3.