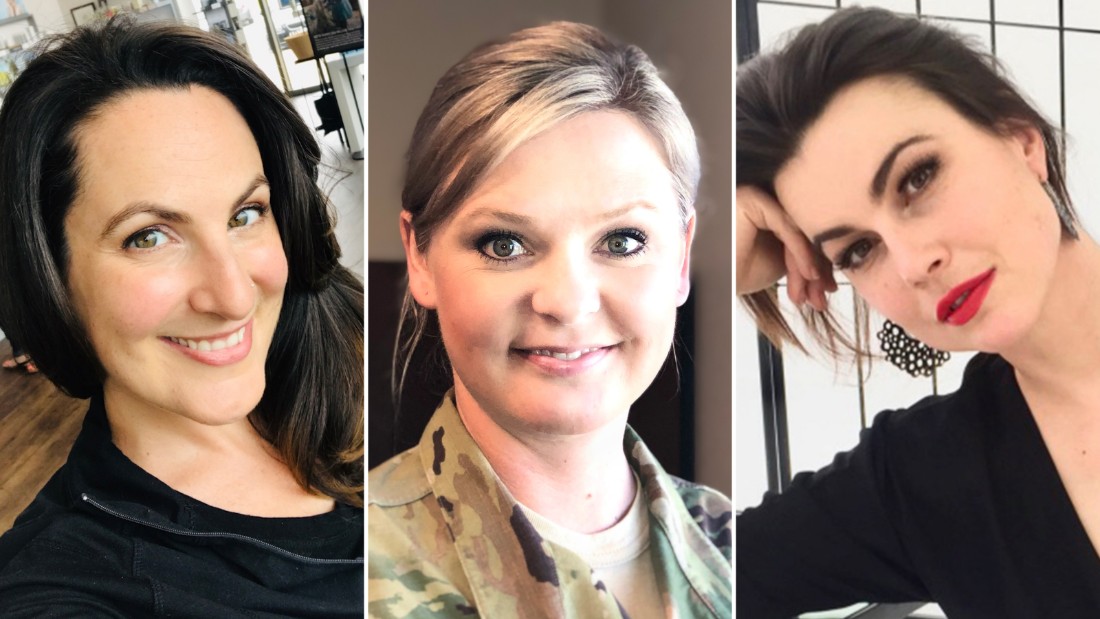 What those efforts may be – such as pamphlets, black box warnings on certain implants – remains to be seen, while women who claim to have gotten sick from their implants hope for change.

link between breast implants and systemic disease, including autoimmune disease, has been reported since the 1960s, according to paper published this month in the journal Plastic and Reconstructive Surgery

Some patients in the hearing called for implants with textured surfaces to be taken off the market, mandatory testing for health risks associated with breast implants and improved communication and informed consent about the risks and benefits of breast implants, such as in the form of a warning label.

New York-based photographer Nadia Dara Diskavets, who was not involved in the FDA meeting but who knows about breast implant illness firsthand, would like to see a warning label and presented to patients before they undergo breast implant surgery. This would include the latest information on health risks, including the potential risk of breast implant induced by adjuvant.

"The surgeon must have a patient sign off that they are aware of possible risks. and symptoms associated with breast implants, so that they experience those symptoms that are often mimic other autoimmune issues, they are aware of a possibility of their implants being the cause and that they can heal by removing the implants, "Disqualts said. ] Regarding the meeting, "my concerns are that FDA is asking plastic surgeons for their comments on implants safety. In my opinion, they have zero knowledge on this topic," she said. "For a lot of women, it takes on average five to seven years to develop a systematic autoimmune response to implants. By then, women are long out of touch with their surgeons or are not aware that implants could be the cause, so surgeons never did. get that feedback. "

The meeting, which was open to the public, came just days after the FDA issued warning letters to two breast implant manufacturers, Mentor and Sientra, for failing to comply with the agency's requirements to conduct long-term studies assessing the safety and risks of their silicone gel-filled implants.
After the warning, Mentor said in a statement that "Nothing is more important to Mentor than the health and safety of the women who choose our breast implants and mentor conducts. long-term clinical studies to monitor the safety and performance of our products. "
Last year, Sientra announced that new data showed its" growing portfolio of implants and expanders as safe and innovative options for surgeons. and patients undergoing esthetic or reconstructive breast surgery. "

Discots got her breast implants for cosmetic reasons in 2010, and the first few years went well – until six years later, when she started to develop symptoms including a racing heartbeat, shortness of breath, extreme fatigue, brain joint, light-headedness, allergies, premature ovarian failure and gastrointestinal problems. 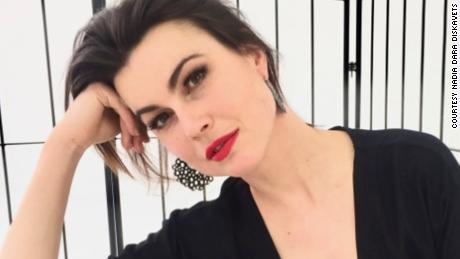 "I was exhausted all the time. My body was in constant pain, especially "My hips, so much so that I couldn't sit for more than 15 minutes. My stomach was hurting all the time. I became allergic to a lot of foods that I enjoyed eating just a few months before," she said. She saw doctors, but none of them had a diagnosis here.

Discovers immediately thought she found answers about why her health was deteriorating, and last year, she had her breast implants removed. Disqualifications are a member of a Facebook group called Breast Implant Illness and Healing by Nicole, which has more than 70,000 women "who are struggling with the same symptoms," she said.

Kate Nunn , a Dallas-based bakery owner, got her breast implants in 2014 after a mastectomy for breast cancer, which she was diagnosed with in 2013.

In the years following, scar tissue formed around the implant, causing a complication called capsular contracture , which Nunn's surgeons said was due to the radiation therapy she was receiving for her cancer. However, that wasn't her only complication. Nunn also started to have rashes, digestive problems and nausea. "I thought I was developing food allergies, because everything I ate was sick," she said.

After hearing about breast implant-related illness from a friend, Nunn had one of her implants removed in September and the other removed. this month. She added that her surgery had ruptured.

"As cancer patients, we are the ones I feel like are really being taken advantage of," said Nunn, who is recovering after her most recent surgical procedure.

Both procedures have been painful and expensive. she said.

"It is easy to blame the plastic surgeons, but these surgeons are customs of these manufacturers that are safe and are the best of the best. … From what I'm hearing, that's just not true, "said Nunn, who was not involved in the FDA meeting.

Of the manufacturers, she said, "Would love to be held accountable, and definitely make repairs to the women who have suffered but also revamp the process, the process of testing and testing for safety. Especially the textured implants; those things that need to be banned. "

Jessica Everett, a businesswoman and servicewoman based in Houston, got her breast implants two years ago. Within about three months, she said, she started to have inflammation in her hands – so much that she needed surgery.

She saw several doctors, and "by a year after having implants, I had been diagnosed with four different autoimmune diseases, without a family history," Everett said.

Then, while browsing Facebook, she came across a "random post" that described breast implant-related illness and realized that post her own health issues, which included 57 symptoms. She had her implants removed in February.

"I'm already back in my uniform at the military base today," Everett said Tuesday.

After the removal of her implants, "99% of my symptoms were completely gone. within one week, and within a week and a half, I was not on any medication whatsoever, "said Everett, who did not attend the FDA meeting but submitted comment.

" The takeaway message is that it is truly dangerous for us We don't know how they are going to affect us, they don't affect them – my mother has implants, and they haven't affected her – but they have affected me, " she said. "The medical community just needs to be educated on this in order to help other women with diagnosis and prevention." Valerie Lenie, the Kansas City-based administrator of the Facebook group Breast Implant Lawsuits, got her breast implants for cosmetic reasons in 2008. In the years following, she developed food allergies, joint pain, gastrointestinal issues and shingles and contracted mononucleosis twice.

"I had never had mono before," she said, adding that she had an MRI exam to assess here health problems and the revealed silicone from her implant leaking into her body. Lenie was shocked

She had her implants removed in 2017 and said she has been fine since.

"So if a woman has implants and she has a lot of odd symptoms or she's not feeling well and no one can figure out what's wrong with her after she's gone to multiple doctors," she said, "I want people to consider maybe it is her breast implants and to look into that. "Lenie, who attended the FDA meeting, now runs the Facebook group to collect and share information that would benefit women's compliance with breast implant complications. As of Tuesday, the group had 5,826 members.

'The old model of doing things … has been disappointing'

"We absolutely heard the women that spoke up. It was very compelling testimony, and we are partnered with them in the long-term outcomes of implants, their health and their well-being, "Dr. Alan Matarasso, president of the American Society of Plastic Surgeons, said of the FDA hearing. 19659011] The society, which represents about 93% of all board-certified plastic surgeons in the United States and thousands worldwide, appreciates the ongoing discussion about breast implant safety, said Dr. Andrea Pusic, president of the Plastic Surgery Foundation, which supports the society's research and international activities

"We think it's important," she said.

The society updated its website some years ago to include additional patient and doctor resources for implanted anaplastic large cell lymphoma.
The group worked with the FDA to create a registry to track cases of lymphoma-linked breast implants in 2012 and then last year to create and overall national Breast Implant Registry in the United States.

"The National Breast Implant Registry, we feel, is our best way to move forward to ensure safety of implants regarding concerns we are hearing," said Pusic, who spoke at the FDA meeting on Monday.

"The old model of doing things with the large post-approval studies has been disappointing," she said. "Registries really are the path forward."

Last year, 313,735 breast augmentation procedures were performed in the United States, at 4% jump from 300,378 procedures in 2017, according to data that the plastic surgeon released this month. ] Although many women have implant implants with no problems, as many as 20% who receive implants for augmentation have been implanted within eight to 10 years to complications, according to the FDA.
"Breast implants are not meant to be lifetime devices. They have a lifespan, and that might range from seven to 10-plus years, based on the implant and patient, "Dr. Tommaso Addona, a plastic surgeon and president of the Long Island Plastic Surgical Group in New York who was not involved in the FDA meeting, previously customs CNN.

He added that he often discussed the benefits and risks of breast implants with his patients.

"We do discuss complications. Those range from scarring around th e implant, sometimes soreness and discomfort from the implant … in the last seven years, probably a bit more, we have become more acutely aware of a specific type of lymphoma that is associated with breast implants, "he said. "What the general public should be appreciated, as doctors and clinicians, we always want what is best for our patients. We're constantly not educating ourselves but educating our patients."