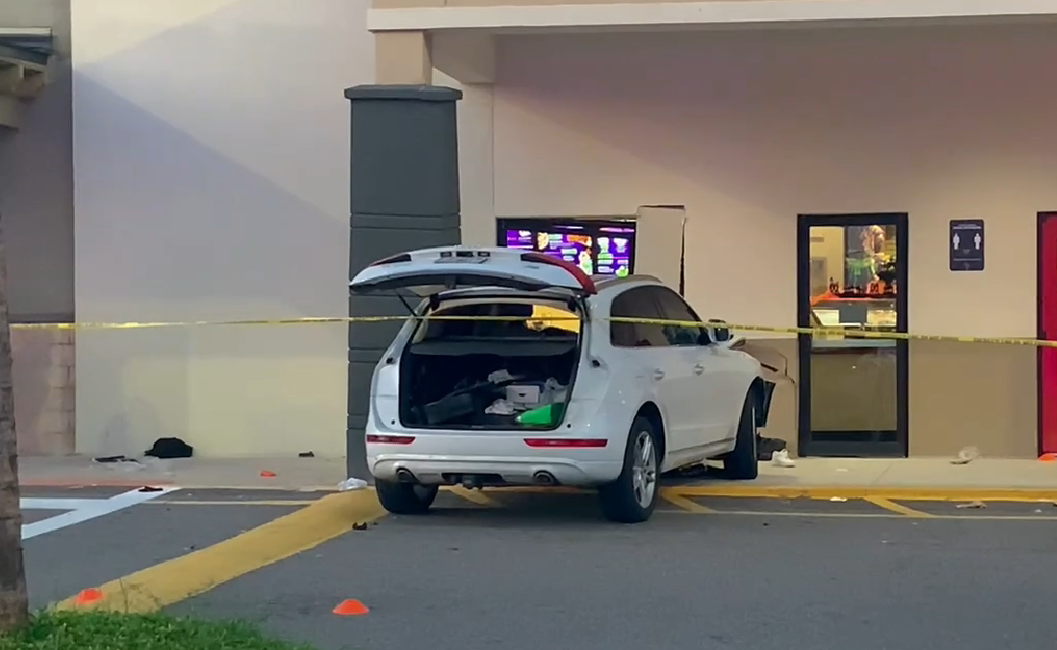 BRANDON, Fla. (WFLA) — The Hillsborough County Sheriff’s Office responded to an incident at the Chuck E. Cheese in Brandon on Saturday.

According to a release from the sheriff’s office, deputies responded to multiple calls reporting shots fired at the Chuck E. Cheese at 1540 W. Brandon Blvd. around 5 p.m., HCSO said it all started with an argument inside the restaurant.

A private security guard was trying to get the crowd to take the fight outside when a woman pulled out a gun “inside the lobby of Chuck E. Cheese”[ads1];. HCSO said the guard tried to get the gun away from her, but she dropped it outside the building.

The sheriff’s office said another woman picked up the gun and fired at least one shot into the air. She also lost possession of the weapon. A third woman picked it up and placed it inside a light gray Chevrolet Traverse.

HCSO said all three women were taken into custody and no shooting victims were found. A man involved in the altercation was also arrested.

The sheriff’s office said a white Audi crashed into the front of the building while the group was fighting. Two women and a child were taken to hospital with non-life threatening injuries. HCSO said a male driver was also taken to the hospital, but deputies are not sure how he was involved in the incident.

“I am thankful that no one was seriously injured as a result of this incident,” Hillsborough County Sheriff Chad Chronister said. “Thanks to the quick and significant response of our deputies, we were able to quickly track down those responsible and take them into custody while the investigation continues into what led to today’s events.”

We are aware of the incident that occurred on Saturday, September 24th at our Brandon, FL location where a vehicle crashed into our storefront. We want to assure our guests that we take good measures to protect the experience children and families have in our arenas. The safety of our guests and employees is our first priority. The on-site general manager and our team members acted quickly to notify local authorities and secure medical attention for those involved. We are grateful for the dedicated service of law enforcement and the swift actions of our alert team members and security. We are cooperating with the police during the ongoing investigation and cannot provide further details at this time.