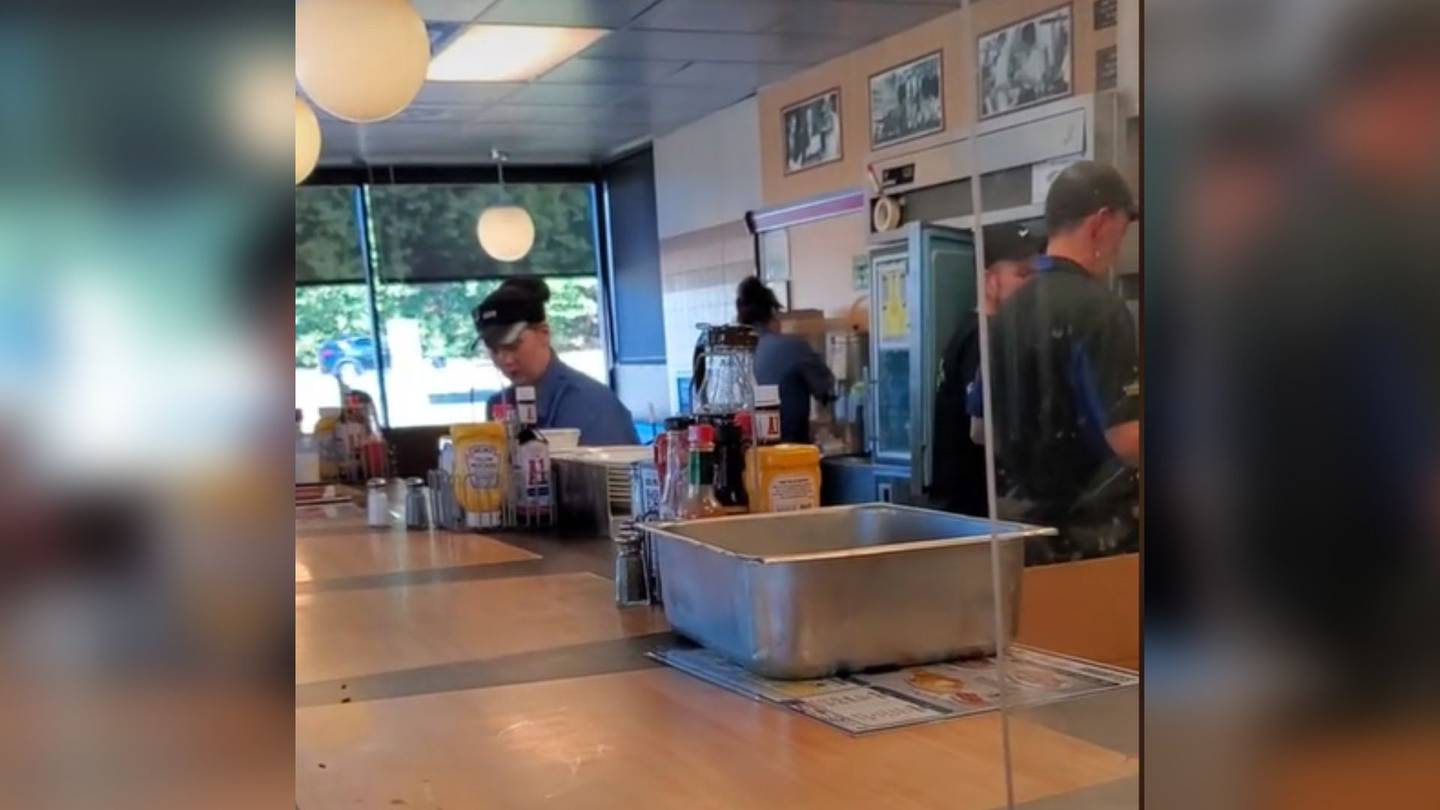 HALL COUNTY, Ga. A woman claims employees at a Hall County Waffle House referred to loops when she went in with her biracial family in a video that has received millions of views on TikTok.

The video has since triggered an investigation into Waffle House.

Lawyers representing the TikTok user identified her as Channel 2 Action News as Angelica Tabor-Fells, who runs the well-known Georgia non-profit.

In the video, Tabor-Fells claims that the waiter and manager at Waffle House on GA-129 in Gainesville joked about getting loops out of a car when the family visited the restaurant on November 7.

Tabor-Fells was with her 6-month-old adopted son, her 15-year-old stepdaughter and her 53-year-old sister with special needs, according to her lawyers.

Tabor-Fells approached the waitress and asked her if she had a loop in the car, to which the waitress replied, “Yes, I have a loop,” her lawyers said.

“A ‘loop’, or a rope with a loop under a running knot, symbolizes brutal hatred and an era in American history when thousands of African Americans were lynched and murdered just for their skin color,” her lawyers said.

Tabor-Fells said she felt threatened by the meeting and asked to speak to the crib. That was when she learned that the manger was the same employee who was involved in the previous conversation.

Tabor-Fells streamed herself as she confronted another employee about the incident as she tried to get the food to go.

“Ma’am, can I have my ticket sold?” asks Tabor-Fells employees in the video. “Because Little Miss Thing says she needs a loop. And we are the only blacks in here, and the manager said he has two loops in the car. So we’ll get the hell out of here. “

There are no references to a loop in the video from employees, and Channel 2 Action News can not independently confirm that racially motivated language was used.

Lawyers said that when Tabor-Fells first complained, she was repeatedly referred to a voicemail system.

Waffle House said they have seen the video and received a complaint from Tabor-Fells.

“At Waffle House, we take claims like this very seriously,” the company said in a statement. “We do not tolerate harassment or discrimination based on race. Instead, we believe in an inclusive, inviting environment for all our customers and partners and a culture of acceptance and mutual respect. “

The company said they tried to contact Tabor-Fells and were referred to her lawyer.

“We intend to conduct a thorough investigation of all of her allegations, after which we will take appropriate disciplinary action,” the company said.

The incident is also being investigated by the Gainesville Police Department.

Tabor-Fells is a business owner and founder of the Level-Up movement, a non-profit organization that seeks to meet the needs of veterans and the homeless in North Georgia.

She issued the following statement:

“My family and I have been deeply and emotionally touched by the hateful words of the Waffle House staff in Gainesville, Georgia. Waffle House has a long history of widespread racial discrimination and harassment of people of color under the rug. We seek to hold Waffle House and the individual employees accountable for this conduct. I am currently discussing what justice means in this situation, and how we as a society can genuinely change hearts for racial equality. I am incredibly grateful for the support received on social media, but I pray that the pursuit of justice remains civil. Let’s have a meaningful dialogue about transforming hearts and ending racism. I love my society highly, and I do not tolerate verbal or physical threats of violence, nor do I want to stimulate the cycle of hatred, harassment or threats. We ask Waffle House to do everything necessary to put an end to racial discrimination and racial harassment in its restaurants. “

The incident is also being investigated by the Gainesville Police Department.