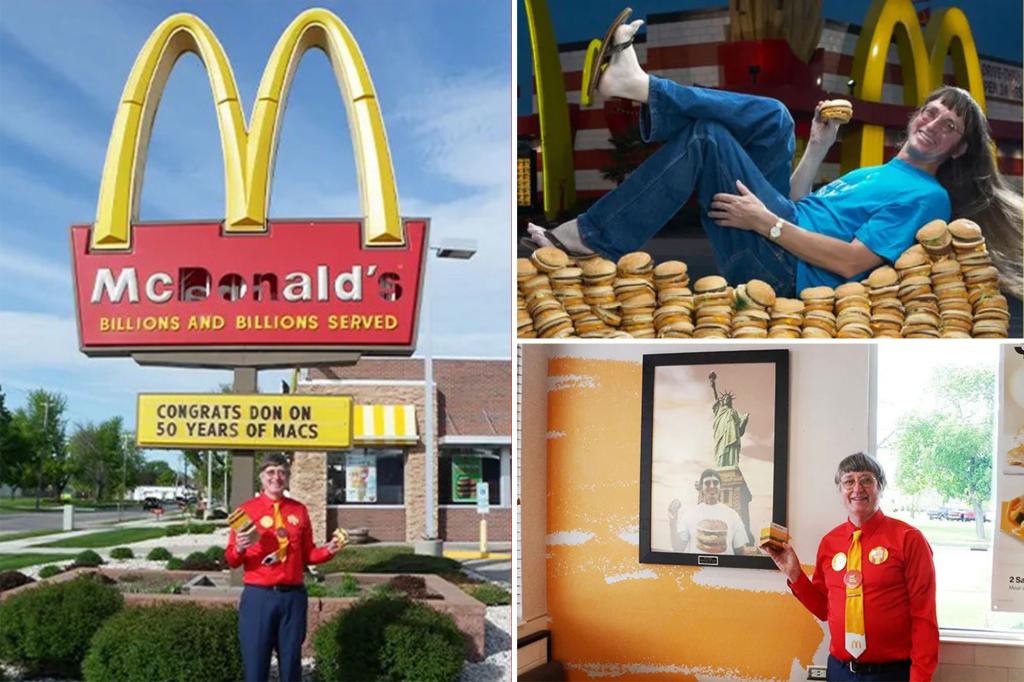 A man from Wisconsin marked the 50th anniversary of cutting down Big Macs almost every day by earning a well-deserved place in the Guinness World Records.

Big Mac lover Donald Gorske, 68, who hails from Fond du Lac, Wis., Made a routine stop at his local McDonald’s on Tuesday where he celebrated five decades of daily burger-loving fun.

It only seemed appropriate for Gorske to have a Big Mac at the same McDonald’s as he had his first bite of the iconic burger in 1972.

“At that moment, I said, ‘I’ll probably eat these for the rest of my life,'”[ads1]; he told Guinness World Records.

Gorske broke the record for most Big Mac burgers eaten in a lifetime in 1999 after killing as many as 15,490. Guinness last year updated the total to 32,340.

In 2004, Gorske was mentioned in the “Super Size Me” documentary for his efforts for burger eating. In the docu-movie, he said that he always orders a cup of Coca-Cola with Big Mac, and rarely eats french fries.

To make the moment as special as possible, Gorske’s local McDonald’s displayed a sign outside the restaurant that read, “Congratulations Don on 50 years with Mac.”

His portrait is even hung on the wall inside the restaurant he has visited religiously.

“I’ll probably eat Big Mac every day for the rest of my life,” Gorske told the outlet.

Through his half-century-long love affair with Bic Macs, Gorske only missed eight days. To make up for lost time, he sometimes eats two of the burgers a day.

“When I like something, I stick to it all the time,” he added.

Since then, he has managed the double record and a little more.

As proof of his outstanding achievement, Gorske keeps every single burger carton and receipt every time he locks his lips with the bowls.

If he goes a step further, the burger mountain boasts a glass display case where he proudly displays McDonald’s burger cartons from different decades.