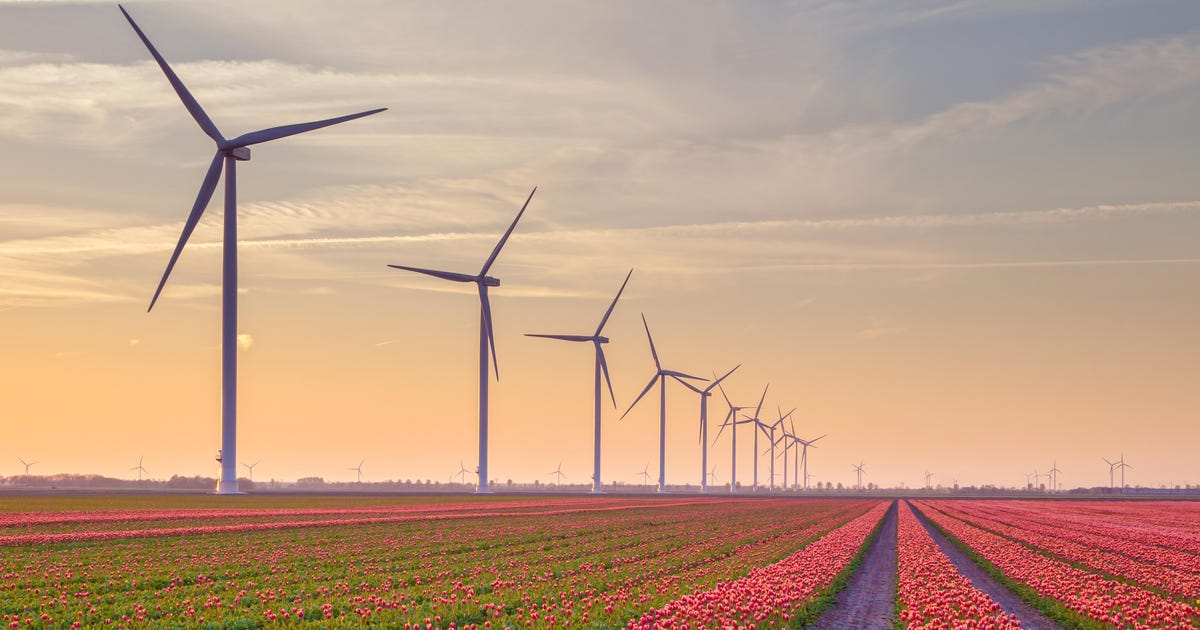 Scientists are proposing to make wind turbine blades from a new material that can be recycled into a myriad of common items.

It is difficult and expensive to recycle standard wind turbine blades made of fiberglass, so retired equipment usually ends up in a landfill.

Even wind power – arguably the most established way of generating environmentally friendly energy – has an Achilles’ heel.

Skyscraping towers that draw power from the wind are topped with huge turbine blades, and these blades must be replaced at regular intervals. As a result, a large amount of old equipment must be deposited, and in recent years experts have debated whether such disposal meets environmentally friendly criteria.

The concern is simply whether wind turbine blades are recyclable. If not, perhaps dumping retired knives in landfills sort of negates the supposed sustainability of the system in the first place. But it’s a tough situation. These blades are usually made of fiberglass, a material that is very difficult to cut through, transport and use for other things.

Although some experts have been successful in recycling the energy-capturing tool, such as the American startup Global Fiberglass Solutions, which used them to create 3D printing material, statistics show that most of the time the artifacts are just added to piles of garbage that come release harmful gases into the atmosphere and encroach on natural wildlife habitats. Why? It is ultimately cheaper.

However, Michigan State University researchers on Monday offered their blueprints of an innovative way to solve this problem. They developed a new form of wind turbine material that combines fiberglass with both plant-derived and synthetic polymers, which refer to long chains of molecules. The mixture is called a composite resin, and the hype lies in the fact that it can be recycled much more easily than pure fiberglass can.

Oh, and here’s the best part: It can also be turned into delicious gummy bears.

“The beauty of our resin system is that at the end of the use cycle we can dissolve it and that frees it from whatever matrix it’s in so it can be used over and over again in an infinite loop,” John Dorgan, a chemical engineer from MSU, who will present the team’s work at the fall meeting of the American Chemical Society, said in a news release. “That’s the goal of the circular economy.”

Basically, the team’s new resin can be split into its components once the job of wind turbine structure is complete. Crucially, this means that the hard-to-handle fiberglass pieces can be removed. Then the resulting goop can be recast into new wind turbines, as well as a big variation of other materials. And I mean broadly.

It just depends on which of the mixture’s constituents you decide to extract and manipulate.

When the researchers digested the resin in an alkaline solution, they received, for example, an acrylic substance that can be used to make windows and taillights. Increase the temperature during digestion and it produces a superabsorbent polymer instead, which is often called for when making diapers.

This resin can also reincarnate as household countertops when fused with various minerals. “We recently did a bathroom sink with the cultured stone, so we know it works,” Dorgan said. And the dissolved material can also be combined with plastic, giving rise to more luxurious items, such as laptop covers and power tools.

“We recovered food-grade potassium lactate and used it to make gummy bear candies, which I ate,” Dorgan said. Not a Haribo fan? This chemical can also be made into sports drinks like Gatorade.

And if you’re enamored with the idea of ​​eating a gummy version or a fruity drink mix built from an old wind turbine, Dorgan emphasizes that “a carbon atom derived from a plant, like corn or grass, is no different than a carbon atom that came from a fossil fuels … it’s all part of the global carbon cycle, and we’ve shown we can go from biomass in the field to durable plastics and back to food.”

However, it is also important to note that so far the team has only produced a prototype of the invention. And to get from prototype to final product, Dorgan explained, there’s a bit of a limitation: “There’s not enough of the bioplastic we’re using to satisfy this market, so there’s got to be a significant volume of production online if we’re going to actually start to make wind turbines from these materials.”

But should that hurdle be cleared, we could enter an era where our Macbook covers, iPhone charging cables, sturdy kitchen utensils and even gelatinous snacks are filled with the remnants of a veteran leaf that once lived among the clouds.