Why the market is wrong at the Western bid for Anadarko – Anadarko Petroleum Corporation (NYSE: APC) 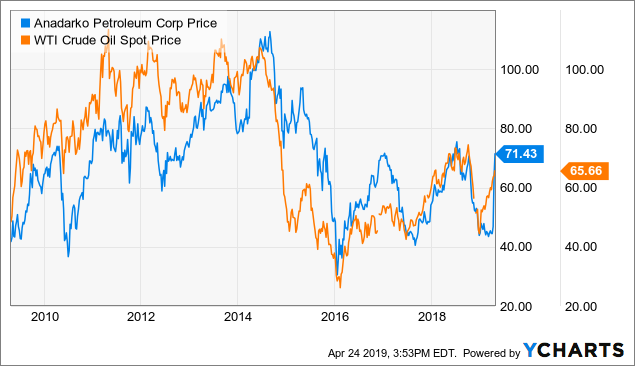 This is a note about the bidding war for Anadarko (APC) after the market has had some time to process the oxidic bid. The spread to the OXY offer is still 4% + (see the M&A dashboard), this means an annual return of 17% + if the end date is approximately correct.

Analysts and the market are skeptical because:

Chevron is seen as unlikely to attempt to offer more than Occidental, as the board is uncomfortable with taking on additional risks, according to two people near the company.

Ms Hollub said on a conversation with analysts that she was "very confident" that she would get the support she needed. She later told the Financial Times that when the company had talked to some big investors on Wednesday morning to explain the details of the plan, the reaction had been "OK, we'll get it now"

Paul Sankey, an analyst at Mizuho, ​​wrote in a note : "We think the bid is a very bad idea. It pretty much does all of us talking to."

Many causes reported by the media are skeptical. I must say I was skeptical of another commandment that came as well. See my public article here. It didn't make much sense to me. After all, there are many energy savings out there. Even if you want to have permeric area specifically, you can get it through buying out various listed companies. Why get into a bidding war over Anadarko specifically?

When it appeared that OXY had offered, I immediately had similar abuses about how it would stretch OXY's balance. I'm still sympathetic to that argument. But OXY seems to have the funding in place, and the shareholders can get around after the Occidental tours them and makes their case.

Occidental's CEO was also shown on Bloomberg and this interview conveyed to me that OXY is likely willing to further improve the offer if needed. She doesn't say it directly, but that's how I read her answers to questions about whether they would offer a collar, etc. We have the potential for a very interesting (and rare for the sector) bidding war here.

The negative response from the Occidental shareholders did not hear very encouraging, but if we check out the large shareholder data from Morningstar, a familiar pattern emerges. There are all these passive stores. 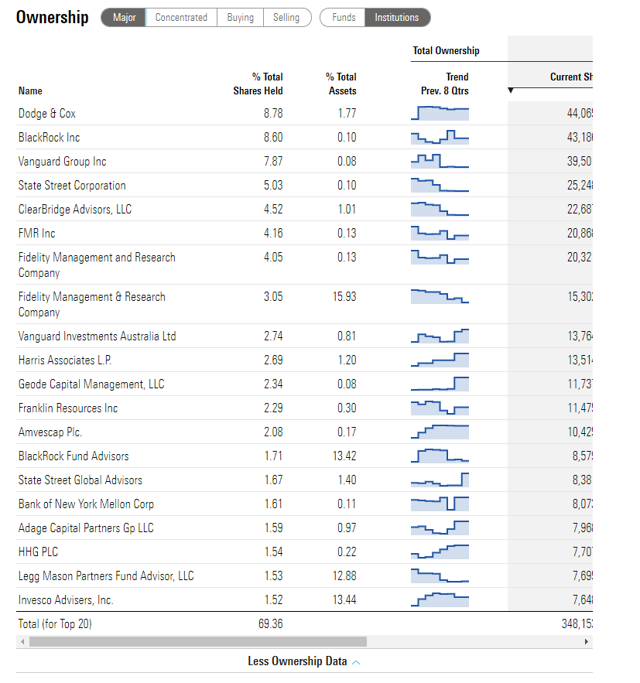