Why GM is laying off more workers amid healthy profits 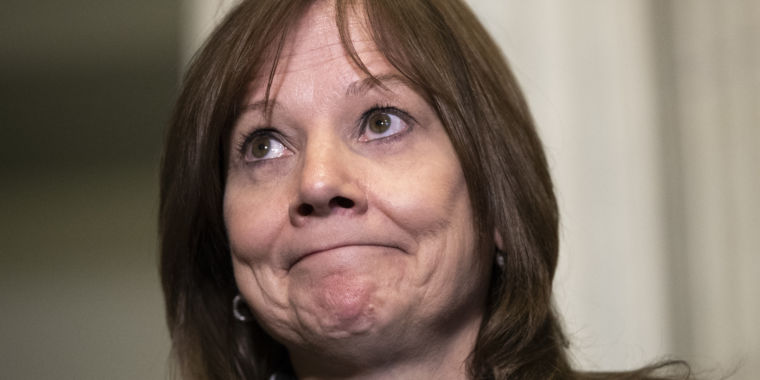 GM is laying off another 4,000 workers, the company acknowledged on Monday. The cuts are on top of thousands of jobs cuts the company announced last November.

Those earlier cuts were concentrated on the factory floor, with GM shuttering five manufacturing plants in the United States and Canada. The new cuts, by contrast, are to salaried white-collar jobs. Individual workers will be notified about the next two weeks, the company said.

GM has reported billions of dollars or profits over the last three quarters. But CEO Mary Barra argues that GM needs to prepare for the dramatic changes facing the automotive industry in the coming years.

In a press release announcing the previous round of job cuts, Barra wrote that layoffs would " continue our transformation to be highly agile, resilient and profitable, while giving us the flexibility to invest in the future. "

The auto industry is facing two potentially transformational changes to automotive technology: electrification and autonomy. GM has invested heavily in both trends. GM has developed electric vehicles like the Bolt. And in 201

6 it acquired the self-driving startup Cruise — now viewed as a leading developer of autonomous vehicle software.

These new technologies will require engineers and other professionals with different skills, and GM has continued to hire new staff as it does. Prepared for this week's layoffs

GM's leading American rival, Ford, has also been looking to trim its workforce. The company acknowledged vague plans for job cuts last October. Ford is expected to lay off thousands of European workers over the course of 2019. Ford sees around 400 American workers go last month; it's not clear if Ford will make further cuts in North America this year.