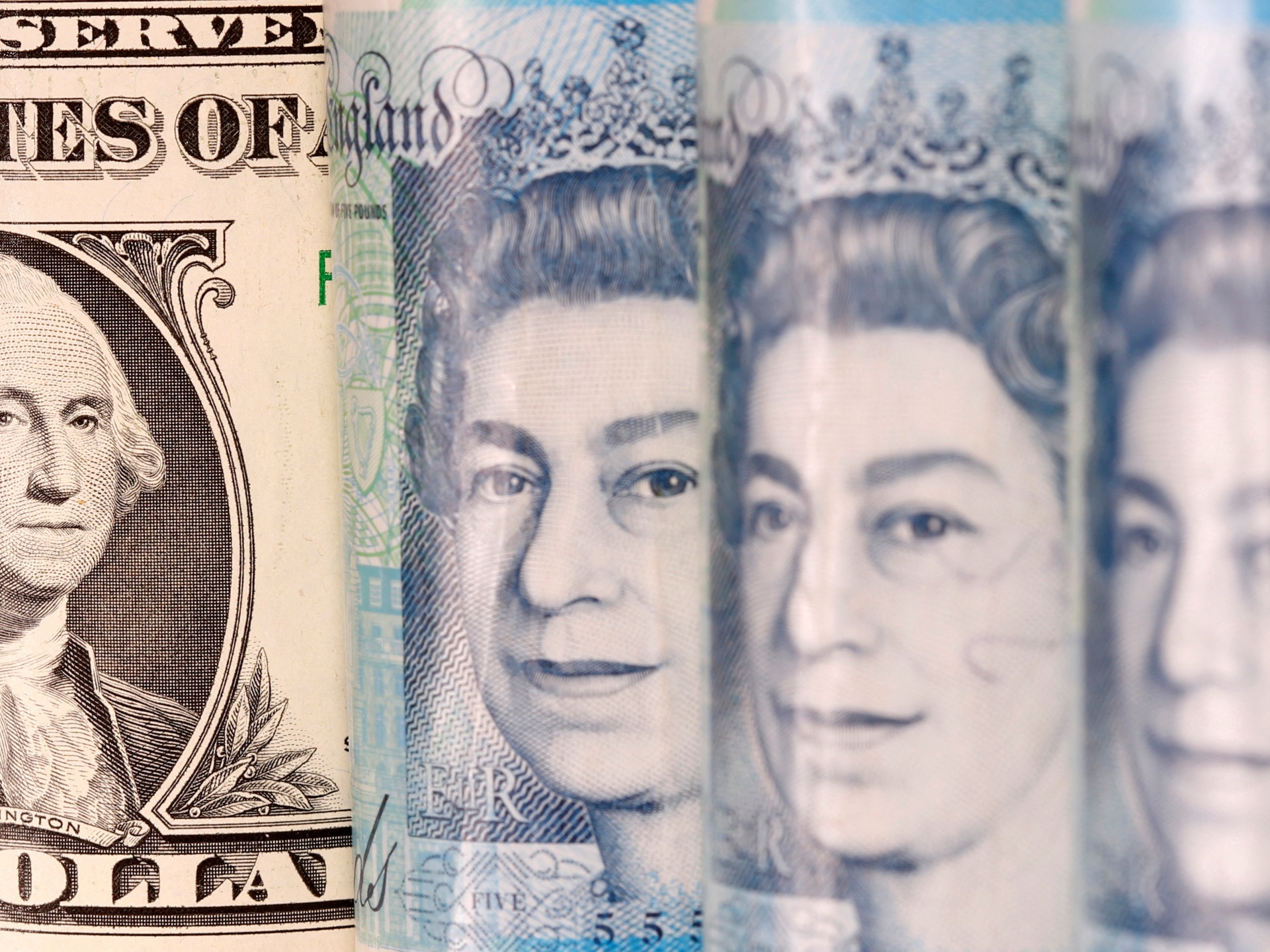 When the British pound falls in value, the US dollar flies high.

Against a tumultuous backdrop that includes the war in Ukraine, skyrocketing prices and China’s COVID lockdowns, sharp swings in some of the world’s major currencies are injecting new uncertainty into the global economic outlook.

Why is the British pound in freefall?

On Monday, the pound sank to a record low against the US dollar as investors rushed to sell the currency and government bonds in a major vote of confidence in new Prime Minister Liz Truss’s economic plans, which include major tax cuts funded by sharp increases in government borrowing.

At one point in Asian trading, the pound dipped as low as $1[ads1].0327, surpassing the previous record low set in 1985, before recovering some of its value.

The price of 5-year UK bonds – through which investors lend money to the government – recorded its sharpest fall since at least 1991.

Under Finance Minister Kwasi Kwarteng’s “mini budget” announced on Friday, Britain is proposing the biggest tax cuts in 50 years, including scrapping the 45 percent tax rate on incomes above 150,000 pounds ($162,000).

The tax cuts, along with a plan to support rising household energy bills, will require the government to borrow a further 72 billion pounds ($77.7 billion) over the next six months alone.

As with other goods and services, the value of most of the world’s major currencies operates on the principle of supply and demand.

When the demand for a particular currency is high, the price goes up and vice versa.

The pound’s falling value indicates that investors are worried about Britain’s ability to handle so much extra debt, especially as rising interest rates make it much more expensive to borrow.

On Monday, Raphael Bostic, a top official at the US central bank, warned that the tax overhaul had “really increased uncertainty” and raised the risk of a global recession.

“The new Prime Minister’s economic policy of cutting taxes on the wealthy is not too popular and the consensus is that it will not work to stimulate the economy.”

While Britain’s tax plans were the initial trigger for the pound’s free fall, economists say investor confidence in the British economy has been waning for some time due to developments such as Brexit.

“It has been hit by Brexit and also faces the prospect of another Scottish independence referendum and a potential trade war with the EU over the Northern Ireland Protocol.”

What can the UK do to stop the pound’s decline?

The main tool available to prop up the pound, or any other falling currency, is to raise interest rates to attract foreign investors with better returns.

On Monday, Andrew Bailey, the governor of the Bank of England, said the central bank would not hesitate to raise interest rates as needed.

But despite calls from some economists for emergency action, Britain’s central bank opted against an unplanned rate hike, sending the pound down to $1.06 after it made some earlier gains.

“This will help, but if investors don’t see aggressive enough action from the BoE or BoJ – then not just a rise in rates, but a bigger-than-expected rise in rates – it won’t help currency values ​​much. The problem with aggressively large rate rises is that it is likely to push the economy into a recession, which nobody wants to see.”

Governments can also intervene by buying up their own currency to increase its value, although this is frowned upon by many economies and risks invoking trade penalties.

“The pound and the yen are officially floating exchange rates, governments should not and often do not intervene in the foreign exchange market,” Tien said.

Why is the US dollar so strong?

The strength of the US dollar, which has been on the rise since mid-2021 and last month hit a 20-year high against six major currencies, has two main drivers.

The first is confidence in the US economy relative to its peers.

Much in the same way that a weakened currency reflects declining investor confidence in a country’s economy, a strengthening currency points to a declaration of confidence in an economy’s fundamentals.

As the US economy struggles with high inflation and slowing growth, investors have long viewed the dollar as a reliable bet.

“The US dollar has always been seen as a safe haven for investors because the US is such a strong and large economy, so if there is global uncertainty, holding the US dollar is always a safe choice because it holds its value well,” said Ten.

“So with the war in Ukraine, economic and political problems in Europe, high inflation, etc., it is not surprising that investors are turning to the US dollar.”

Marc Chandler, market strategist at financial consultancy Bannockburn Global Forex, said the US appeared a safe bet for investors in light of global events, although it recorded negative growth over the past two quarters.

– The USA’s biggest rivals have shot themselves in the foot. Here I think of Russia’s invasion of Ukraine and China’s zero-Covid policy that has disrupted growth, Chandler told Al Jazeera.

“US allies also have serious struggles. Japan is the only G10 country not to raise interest rates. China actually cut interest rates recently. Europe is on the brink of recession and Britain’s new government has sparked crisis talk with its fiscal stimulus increasing the deficit on the current account.”

The other driver of the dollar’s rise is interest rate hikes by the US Federal Reserve, which has increased borrowing costs in an attempt to curb rising inflation.

With depositors in US banks benefiting from interest rates, investors have been further encouraged to exchange other currencies for dollars, pushing up the price of the dollar.

“Of course, central banks in other jurisdictions such as the UK have also raised interest rates and the eurozone is planning to do the same. But they are not acting as aggressively as the US,” said Tziamalis, lecturer in economics at Sheffield Hallam University.

“Meanwhile, Japan is not tightening at all, so the net result is still greater foreign demand for dollars.”

Who are the winners and losers?

For everyone else, the picture is less rosy.

Not only does a stronger dollar mean more expensive US imports and travel in the US, it is likely to worsen inflation in general in other countries.

Oil and other raw materials such as metals and timber are usually traded in dollars, which increases costs in local currency. Higher energy prices will in turn push up the costs of other goods and services.

“The only exception is the United States, where a stronger dollar makes it cheaper to import consumer goods and can therefore help curb inflation,” Tziamalis said.

The strength of the dollar also makes it more difficult for many developing countries to repay their debt, which is often held in US currency.

“As a result, many countries will struggle to find an ever-increasing amount of local currency to service their debt,” Tziamalis said.

“These countries will either have to tax their economies more, issue inflation-promoting local money or simply borrow more. The results could be deep recession, hyperinflation, a sovereign debt crisis or all three, depending on which path is chosen.”