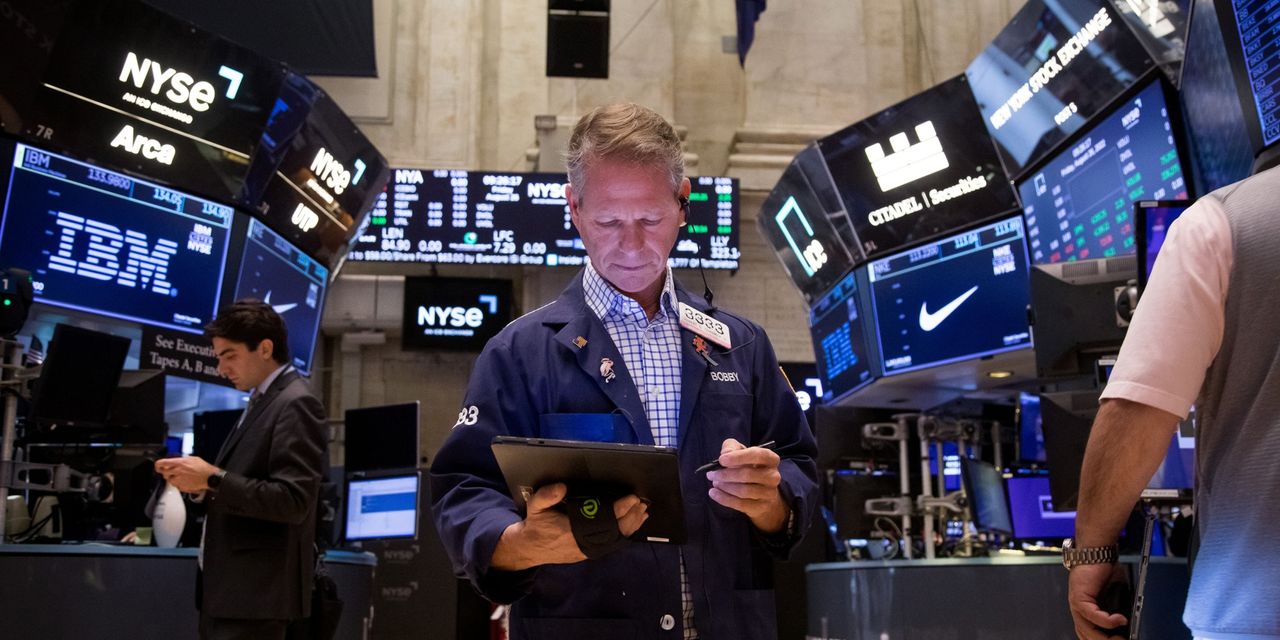 
Jackson Hole has come and gone, and the only surprise may be that the stock market was surprised.

But it was surprising. The stock market began the past week on the back foot, a fitting response as investors appeared to realize they may have overestimated the chances of a dovish Federal Reserve. Still, the market bounced back to the rally on Friday, as investors bought the decline. Then Chairman Jerome Powell began to speak. He told participants at the symposium that the Fed needed to bring inflation back to its 2% target, that it would take time, and that another big rate hike was likely in September. The speech, which could have lasted 30 minutes, took only 10.

“Fed Chairman Jerome Powell’s speech today at the Fed’s Jackson Hole conference was short and hawkish,” writes Ed Yardeni, investment strategist at Yardeni Research. “He quashed any long-held expectations that the Fed would stop tightening and might cut interest rates next year.”

Did he ever, and the markets didn’t miss the message. The Dow Jones Industrial Average fell 3% on Friday and ended the week down 4.3%, while

It’s not that investors are worried about what happens at the next meeting. According to the CME FedWatch tool, the futures market priced a 61% chance of a three-quarter rate hike after Powell spoke on Friday, down from 64% the previous day. The real fear doesn’t seem to be the size of the next ride, but when the rides stop and how long prices will stay high—even if that means causing a recession. “[We] don’t think the central bank is ready to ‘pivot’ yet”, writes Thomas Mathews, market economist at Capital Economics. “That, we suspect, means the central bank will remain a headwind for markets for some time to come.”

And especially for expensive growth stocks. It should come as no surprise that the tech-heavy


Nasdaq Composite
took the brunt of the damage, falling 3.9% on Friday to end the week down 4.4%. That makes sense, given that expensive growth stocks are most sensitive to rising interest rates, and stocks like that

However, investors don’t seem to be stopping them. According to Goldman Sachs data, growth funds loaded up on stocks trading at 20 times enterprise value/sales or higher during the second quarter of the year. That meant adding stocks like

(SNOW), Trade Desk and Nvidia, among others. That worked well during the rotation from the June low, but could be particularly painful if the Fed raises interest rates higher than investors expected. “This speech is likely to keep downward pressure on equity markets, with the ‘growth’ trade and ‘long-duration’ sub-sectors and stocks the hardest hit,” writes Wolfe Research strategist Chris Senyek.

It could be a rocky ride from now until the next Fed meeting on September 2.