Why China's assault on Cathay Pacific should scare all foreign companies 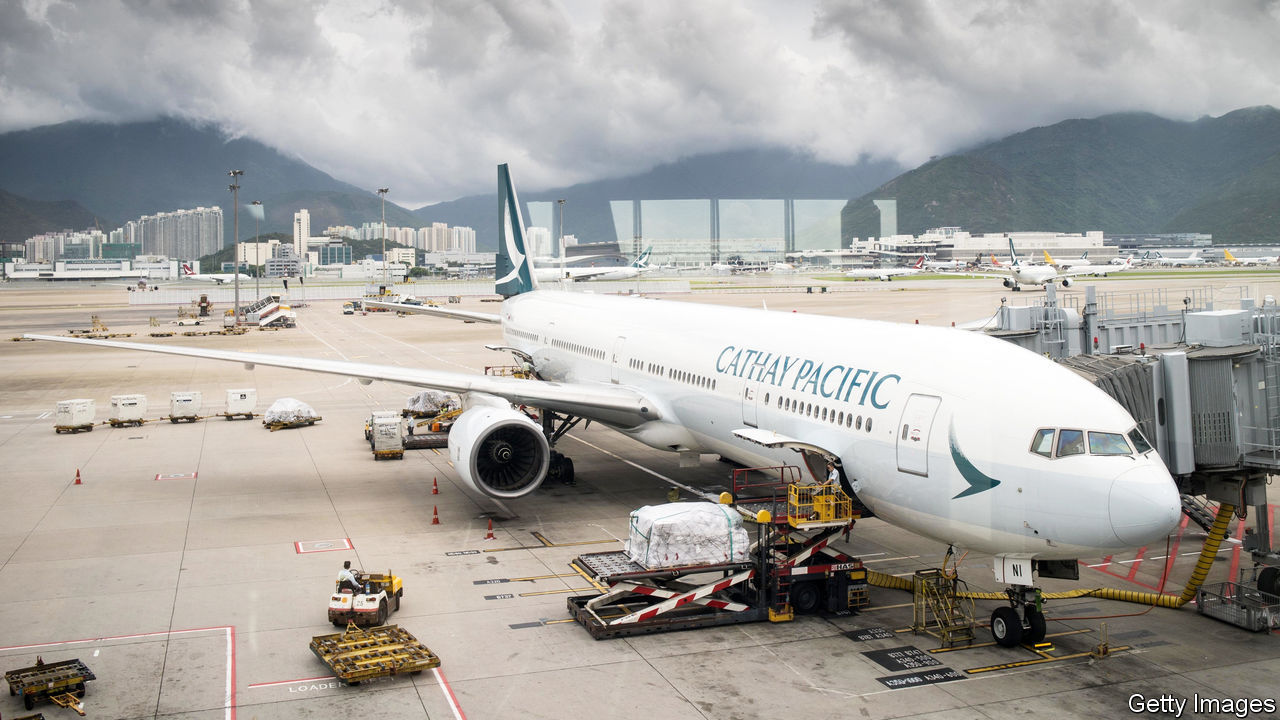 A S THE TRADE chip away at its allure, China wants to keep the love of foreign enterprises. It has promised to level the playing field between them and their domestic rivals. This promise is intended as an assurance that Chinese companies will not receive special services. But it has taken a different light this past week, in the wake of China's assault on Cathay Pacific, Hong Kong's flagship airline. China is taking a hard line against foreign companies that dislike it, lash out at their bosses and demand obedience, much like it provides control over domestic enterprises. Companies in Hong Kong are in the hair, but it would be a mistake to think that China will stop there.

With 26,000 employees in Hong Kong, Cathay originally took a neutral stance when protests engulfed the city. The airline would not dream of telling the employees what to think, proclaimed the chairman. However, his opposition faded as the criticism from China began. When the Chinese aviation authority, absurdly, accused the airline of accidental safety because its employees had joined the protests, Cathay's CEO dumped. A climate of fear now permeates it. Chinese inspectors have begun to look at Cathay crew phones for anti-Beijing material.

Get our daily newsletter

Upgrade your inbox and get our Daily Dispatch and Editor's Picks.

Global companies can take comfort in the idea that Cathay was uniquely vulnerable. Although it is Asia's largest international carrier and a perennial challenger for the best airline in the world ranking, fate rests almost entirely on China. As much as 70% of cargo and passengers pass through Chinese airspace. The largest shareholder is Swire Pacific, a Hong Kong-based group immersed in China, from soft drinks to real estate. It seems that Swire executives have concluded that any resistance would be an act of corporate self-influence.

Cathay is far from alone. It joins a list of foreign companies that have gone wrong on the Beijing side. Often, the remedies are relatively simple, if nauseating. A series of luxury brands ̵

As a general rule, the more foreign companies enter China's market, the more they must fear (see article). HSBC Europe's largest bank, has come under pressure to share information with US authorities that helped them file a fraud case against CFO Huawei, a Chinese telecom giant. With its strategy based on growth in China, HSBC cannot afford to become a villain there. This month, it breathed out both the CEO and the chief of the China unit, although it denied any connection to the Huawei controversy.

Cathay's situation shows why global boardrooms are growing more anxious for Chinese anger. The biggest concern used to be consumer boycotts, driven by state media. These hurt Japanese carmakers and South Korean dealers, but their Chinese sales were usually recovered after a few quarters.

The attack on Cathay went further. China's aviation regulator declared it unsafe, the international arm of ICBC a bank, recommended selling its shares and CITIC Bank boycotted it. The false regulatory warning gave all Chinese companies a pretext to refrain from it. These devices are not household names outside of China, but are active worldwide. ICBC is the planet's largest bank for assets. CITIC Bank belongs to one of the most global of Chinese state conglomerates. Their participation in the flagellation of Cathay is a reminder that their final loyalty is to the party.

Using state-owned companies as a spearhead lies in China's claim that it governs them according to market principles. And weapons regulators undermine China's ambition to play a greater international role. The aviation supervisor had earned respect by leading the charge to back 737 MAX Boe's troubled aircraft; The Cathay warning makes it look like a political hack. It may well be that the party causes foreign companies to stretch to Hong Kong. In the process, it reveals its true nature. ■