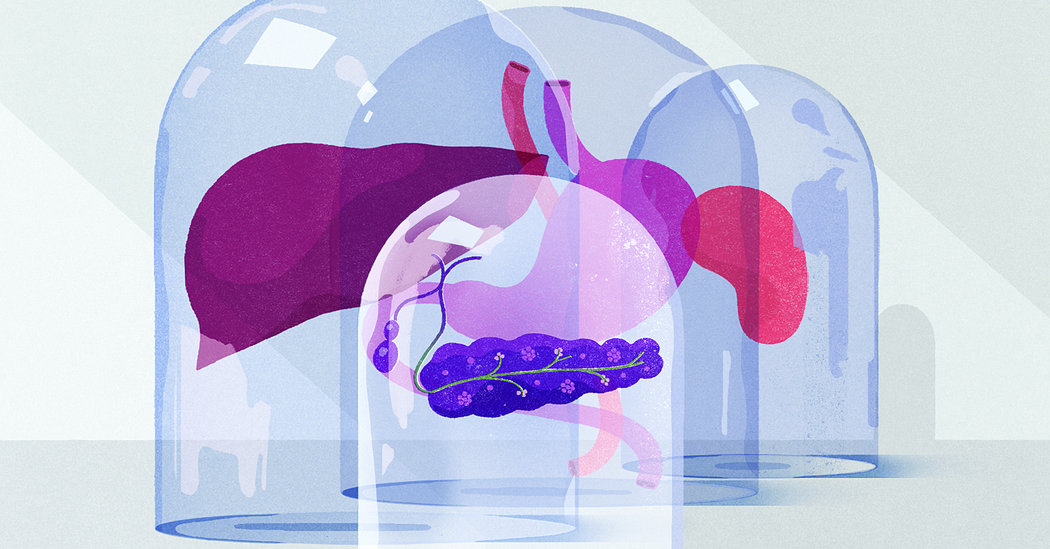 Therefore, it is unlikely that you will feel the presence of a small tumor in the pancreas, and any early symptoms that may arise such as, for example, loss of appetite can easily be attributed to something less ominous. You or an investigating physician could also not notice a premalignant lesion, which can happen with cancer of the cervix, colon and skin.

"Most cancers come from PanINs, which measure less than 5 millimeters in diameter and can only be viewed with the help of a microscope," the authors noted. Not only can PanIN lesions not be detected, a CT scan or MRI would not pick them up. The other two precursor lesions are larger, but constitute only about 15 percent of the cancers.

With today's technology, the Hopkins team wrote, it is often impossible to distinguish between a precursor lesion that has early cancer or can develop one, and relatively harmless lesions that can be safely monitored. This is an important distinction because most lesions are unlikely to develop and surgery to remove them can be dangerous. Some progress has been made, the team noted, using tumor markers to determine which precursor lesions are likely to become cancerous.

Further complicating early detection is the rate at which pancreatic cancer appears to develop. According to Dr. Lennon and coauthors, recent study results "suggest that pancreatic cancer often invades the veins, which drain directly to the liver and result in early metastatic spread," which may explain why only 10 percent of patients have localized disease at diagnosis.

Still, there is still a possibility that one or more blood tests could be the key to early detection and a future decline in horrific mortality. "New blood tests can detect a combination of pancreatic DNA and cancer-related protein markers in the pancreas," the team wrote. They noted that "in a multicenter study of 221 patients, the results of a multimarker blood test helped identify 64 percent of patients with early pancreatic cancer," of 20 percent who did not yet have symptoms of the disease.

Given the early discovery may increase the chances of pancreatic cancer survival six times, the need for non-invasive biomarkers that can detect this cancer at the earliest stage is considered urgent, and organizations such as the Kenner Family Research Fund in New York have encouraged both the pharmaceutical industry and medical groups to develop them.

Meanwhile, it may help to extend the survival of some people if they recognize the symptoms of pancreatic cancer and act immediately after them. Possible symptoms include loss of appetite, abdominal pain radiating to the back, newly exposed diabetes in anyone over 50 years, jaundice, itchy skin, a change in how alcohol tastes, and pale odd smelling stools that float.