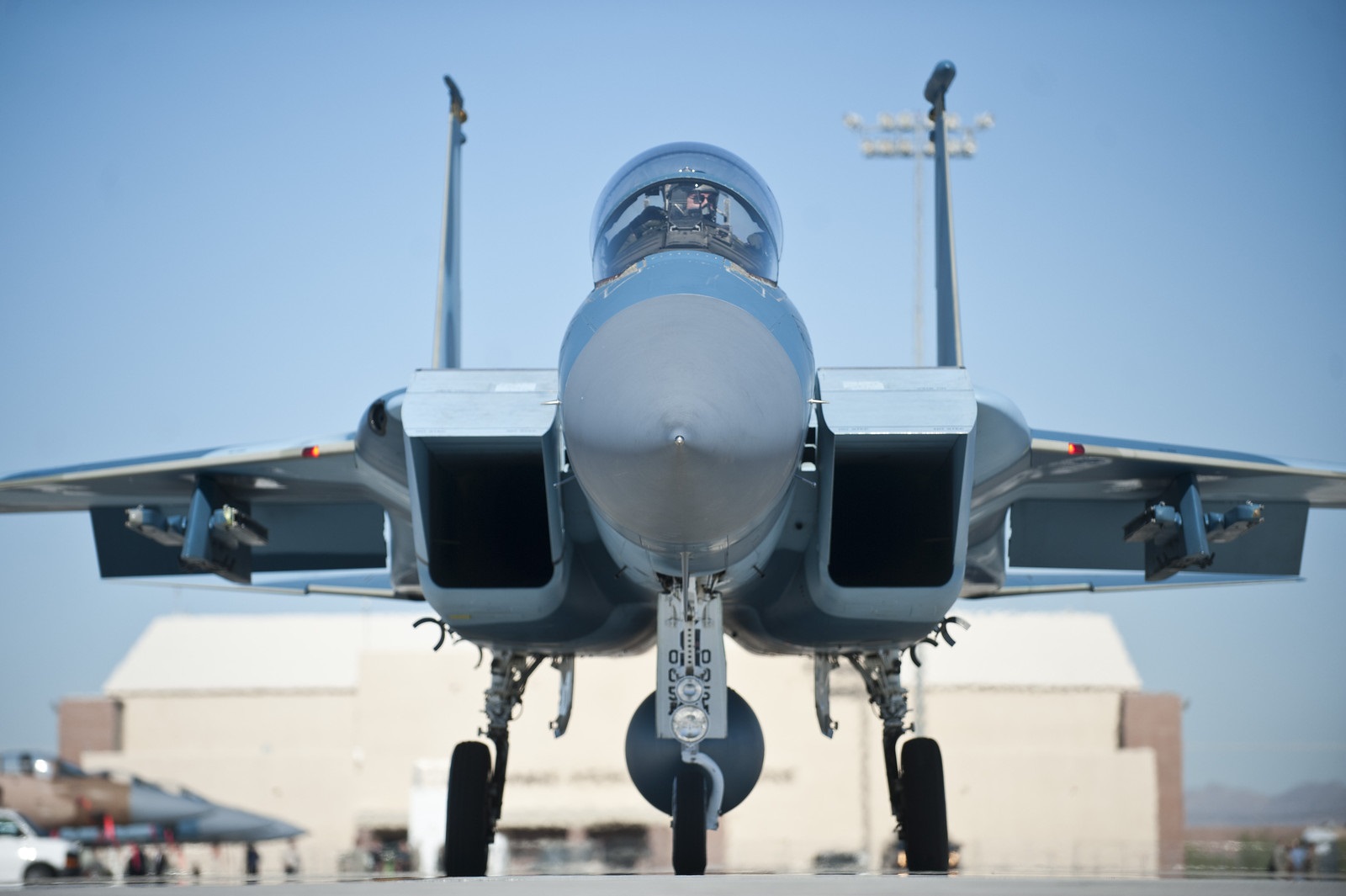 If America wants Iran to change its behavior, it must restore broken lines of communication and restore genuine incentives for diplomacy, rather than waging war and crushing sanctions. The danger of devastating and messy regional war is already the basis for Iran's own deterrent-based security strategy in the Persia Gulf – and chicken games where neither of them escalates ends badly for everyone involved.

In most accounts, United States and Iran came within minutes of armed conflict with each other on June 20, 2019.

In the morning, an American Navy RQ-4N Global Hawk spy drone flying an international airspace route in the Persia Gulf was shot down by an Iranian Ra & # 39; s surface-to-air missile system.

Later that day, US forces apparently were "ten minutes" away from three three Iranian bases likely by air and sea missiles when President Donald Trump changed and interrupted the attack. He later claimed that it was about killing an estimated 150 Iranians over the loss of an unmanned drone was a disproportionate answer.

Since the Trump administration unilaterally withdrew from a nuclear agreement with Iran in May 2018, it has carried out a "maximum press campaign" on Tehran through financial sanctions. Iran had complied with the JCPOA core contract, which severely restricted its nuclear technology and opened overseas inspectors in exchange for Western companies gaining access to the Iranian market. However, the critics of the deal managed to prevent JCPOA from regulating Iran's rapidly improved ballistic missile capabilities, nor to address Iran's involvement in the civil war in Syria and Yemen, and support for Hezbollah.

For one year, Tehran continued with the JCPOA. However, the destabilizing effect of the new sanctions proved intolerable.

Iran's oil exports have fallen to one fifth of the previous level, from 2.5 million barrels a day to 500,000. The sanctions also scared off most European investments, even though European nuclear contractors still adhere to the JCPOA. This has resulted in a devastating recession, with Iran's economy shrinking 4-6 percent and Iranian citizens being hit by 40-60 percent inflation, and unemployment is expected to rise from 12 to 26 percent.

But even though the sanctions imposed by Washington imposed the intended damage, they succeeded only in anger, not cut, the leaders of Iran.

Just as US strong political departments were probably crucial to Trump's withdrawal from the Obama era JCPOA, Iran's competing power plants were split into the deal. Those who support limited compromises with the West have been made to look foolish, provide ammunition for the hardline religious factions and their paramilitary paramilitary rivalry corps.

Thus, Teran returns with a "maximum pressure" campaign by himself. Iran cannot use sanctions to punish America, but it can cause economic pain by threatening the valuable shipping lanes that run from the oceans of the Persian Gulf, through the Hormuz currents and into the Gulf of Oman.

During the Cold War, Soviet President Nikita Kruschev said famously "[West] Berlin is the West's testicle. When I want the West to scream, I squeeze on Berlin." The Persian Gulf is Iran's West Berlin.

One third of the world's oils pass through Hormuz. Both the Gulf and Straits are quite narrow only twenty kilometers at the latter narrowest point and shallow, with only one or two viable transit paths through which large tankers can pass to parts. Northeastern half of the Gulf Coast is Iranian territory, which means that Iranian units can create fast boats and long-range rocket batteries for attack at any time along that 1,000-mile coastline.

The Iranian revolutionary watchdog fleet has trained to launch hit-and-run attacks on both military and commercial shipping using swarms of fast-paced, power-driven, naval, and long-range anti-ship missiles. During the Iran-Iraq war, Iran also used oil platforms, islands and even reshaped tankers for the stage forces of attack.

Then think of the sequence of events since May 2019.

In May 12, four merchant ships anchored by the Gulf of Oman at the United Arab Emirates were sabotaged with limpet mines. Investigators noted the accuracy they were added to proposed elite fighters .

Then on June 13, another two tanker-Norwegian frontal altar and the Japanese Kokuka brave flaming explosions within minutes of 3 Iranian vessels rescued most of their crews and fired a male portable anti-aircraft missile (as missed ) on a US MQ-9 drone that observed the scene. The crew of an IRGCN patrol boat was also filmed, and removed an unexploded limpet mine from Kokuka Courageous side.

Clearly, Iran had both the means (there are specialized fleet forces) and the motif (reciprocally opposed to the maximum pressure campaign) for attacks, the exact and almost simultaneous execution intended to signal Iranian authorship, while maintaining a veneer of denial for propaganda purposes.

On June 17, Iranian President Hassan Rouhani was announced that Iran would restore enrichment of higher uranium in violation of nuclear power.

Three days later, revolutionary watchmen shot down US Navy drone-possibly without Rouhani's approval. Iranian and American accounts disagree on whether the dream had broken Iran's airspace, but keep in mind that the slow, eye-catching and expensive RQ-4 is not designed to fly hostile airspace.

These actions are Tehran's way of signaling it can and will retaliate if the United States maintains its economic vice. Iran could not "win" a war against the United States. Iran's annual defense budget costs roughly the same as a single US airline, but it can lead to losses of $ 10 or $ 100 billion in disrupted trade, and a terrible toll in human lives, not just drones and damaged tankers.

Some anti-Iranian ideologues such as National Security Advisor John Bolton, and like-minded national leaders in Israel and Saudi Arabia, have believed that the high cost of a war is worth paying to suppress Iran's nuclear research program. (Practical for the US Allies, that award would be most widely portrayed by the United States.) Those who see war on Iran as desirable and "winnable" may hope that Iran's escalation will "give" America with a causus belli.

But what would an American "victory" in such a war even look like? The Pentagon has absolutely no appetite for an invasion and occupation of Iran, which has twice the population of Iraq. A prolonged air war – the more likely outcome – could kill thousands and destroy stocks of expensive distance rockets, without necessarily succeeding in destroying Iran's nuclear and ballistic rocket technologies in their hardened underground camps.

Meanwhile, Iran would repay itself with asymmetric warfare over Persia, the Middle East and potentially outside. Nor could the United States necessarily control the duration of the war. Remember that Iran was pressuring with the Iran-Iraq war for six bloody years after it had mostly expelled invading Iraqi troops.

Washington instinctively wants to punish Iran for not rewarding its aggressive tactics. For example, after canceling the air strikes, Trump ordered a cyber attack on Iran's missile systems, and on June 24 set new sanctions on chief executive Ali Khameini. Rouhani responded by describing Trump as "mentally retarded" and announced plans to abolish additional provisions in the JCPOA while his foreign minister stated this mark "the permanent closure of diplomacy path."

Attempting to upset the Iranians in Tit-for-tat deterioration – a cyber attack, dejected drone, imposed sanction, and broken treaty on time – is a losing game. Tehran is simply unlikely to react constructively to threats of "extinction."

If America wants Iran to change its behavior, it must restore barred lines of communication and restore genuine incentives for diplomacy, rather than lead with war and crushing sanctions. The danger of devastating and messy regional war is already the basis for Iran's own deterrent-based security strategy in the Persia Gulf – and chicken games where neither of them escalates ends badly for everyone involved.

Sébastien Roblin holds a Masters Degree in Dispute Resolution from Georgetown University and served as a University Teacher for the Peace Corps in China. He has also worked with education, editing and refugee migration in France and the United States. He is currently writing about security and military history for war is boring.