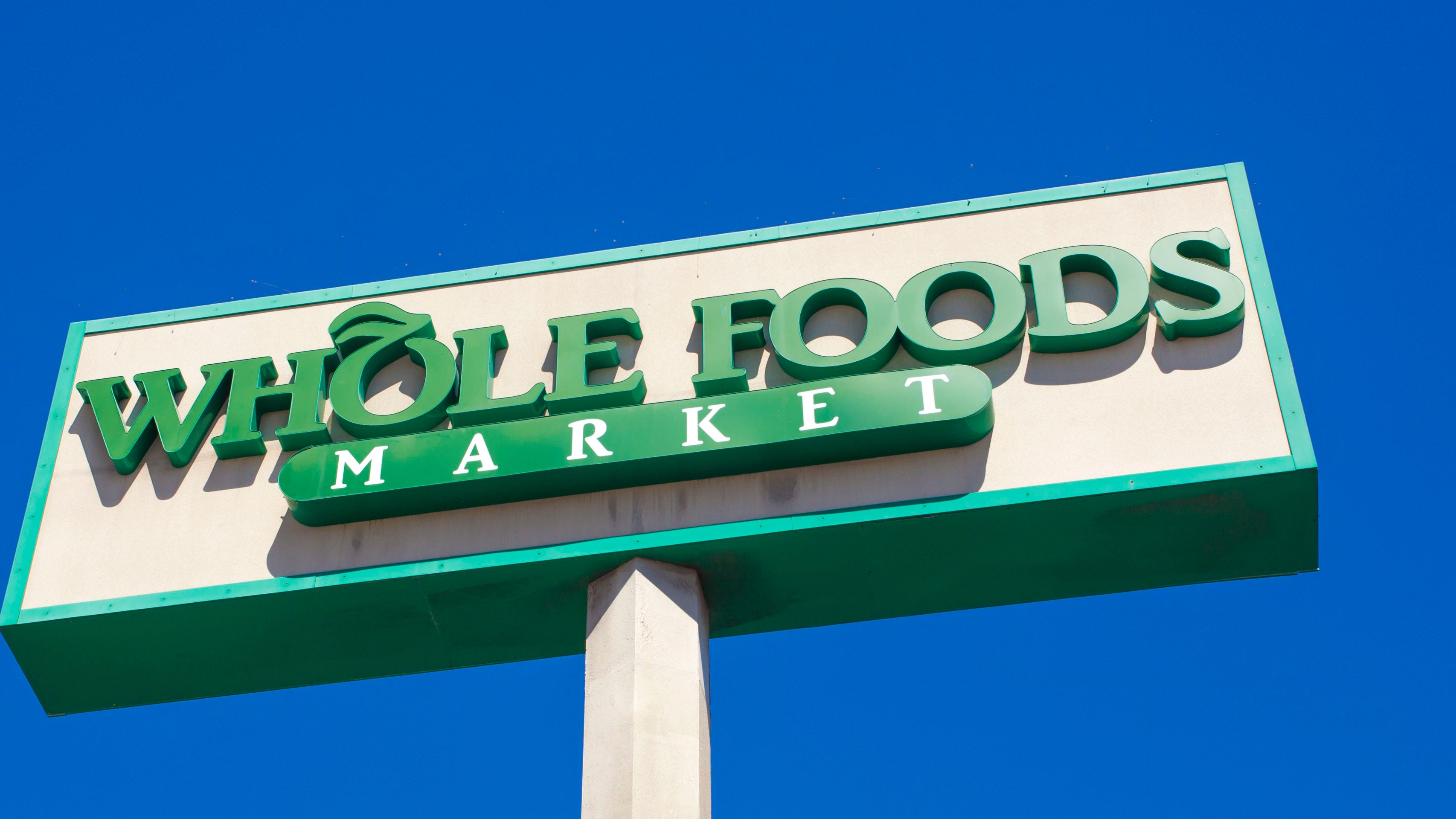 Protesters allegedly got bored in front of a Whole Foods in San Francisco Monday morning, asking the store to close.

The animal rights group held the protest outside the grocery chain's Noe Valley location, where they appeared to be blocking the doors, and hung a giant picture of Jeff Bezos's head on the roof of the store. Bezos is the CEO of Amazon, which owns Whole Foods.

Direct Action Everywhere seems to take credit for the demonstration. A live stream of the incident was posted on the group's Facebook page, showing activists apparently linked to the store's front doors.

According to the post, the protest was held to show support for Rose & # 39; s Law, a proposed animal insurance law by several animal rights groups.

The post was captioned, "Activists Chained the Doors to Whole Foods and Amazon Shutdown, Asking Jeff Bezos to Support #RightToRescue the Animals from Factory Farms."

Several posts on Twitter also claimed protesters, possibly from the same group, had staged a scene at one of Amazon's offices in San Francisco.

Based on the images, it appears that protesters hope to get a response from Bezos.

A source from Whole Foods c confirmed the store was closed and all customers had left. A tweet from someone claiming to be an employee's sister had claimed that "a store full of customers and others employees "had been held hostage" at the scene.

In a statement to Fox News, a spokesman for the Whole Foods protest said "jeopardizing the safety of customers.

"Direct Action Everywhere repeated targeting of Whole Foods Market stores brings safety to our customers and team members, including today in our Noe Valley store," the statement states. "Whole Foods Market caters to customers with a wide range of diets, and we are proud to provide transparency in animal welfare and growing practices through third-party certifiers such as the Global Animal Partnership. Our high quality standards, including a commitment to animal welfare, have established us as the industry leader for almost forty years. We respect everyone's right to say their opinion, but our responsibility is to provide a safe environment for our customers and our team members. "

A spokesperson for Direct Action Everywhere confirmed their involvement in the protest, but denied employees or customers were being held against their will in the store. According to them, only a few of the store's doorways had activists present, and they did not prevent anyone from leaving.

They also provided a statement confirming that the protesters represent Direct Action Everywhere and that the demonstration is motivated by the authorities not to take action to enforce animal cruelty law, despite “years of accumulated evidence of criminal animal cruelty in factory farms supplying Amazon and Whole Foods (purchased by Amazon in 201[ads1]7). Instead, it is whistleblowers – those who exposed the abuse and tried to help dying animals – who face felony charges and potentially years behind bars. "

The statement includes a quote from animal rights activist Priya Sawhney, who is reportedly facing eight felony charges of" trying to rescue dying animals from factory farms. "It says:" We have tried everything to help animals who are criminally abused on these the factory farms that deliver to Amazon. The authorities continuously ignore the abuse, and then throw us into jail as we try to help dying animals ourselves. And through it all, Amazon stands by its supplier, refusing to even have a conversation with us. "

Direct Action Everywhere asks Jeff Bezos to approve Rose's law and dismiss the prosecution of" six peaceful activists facing charges plus felony charges each "for allegedly trying to save animals from factory farms affiliated with Amazon.