What to eat and drink at the world's largest Starbucks 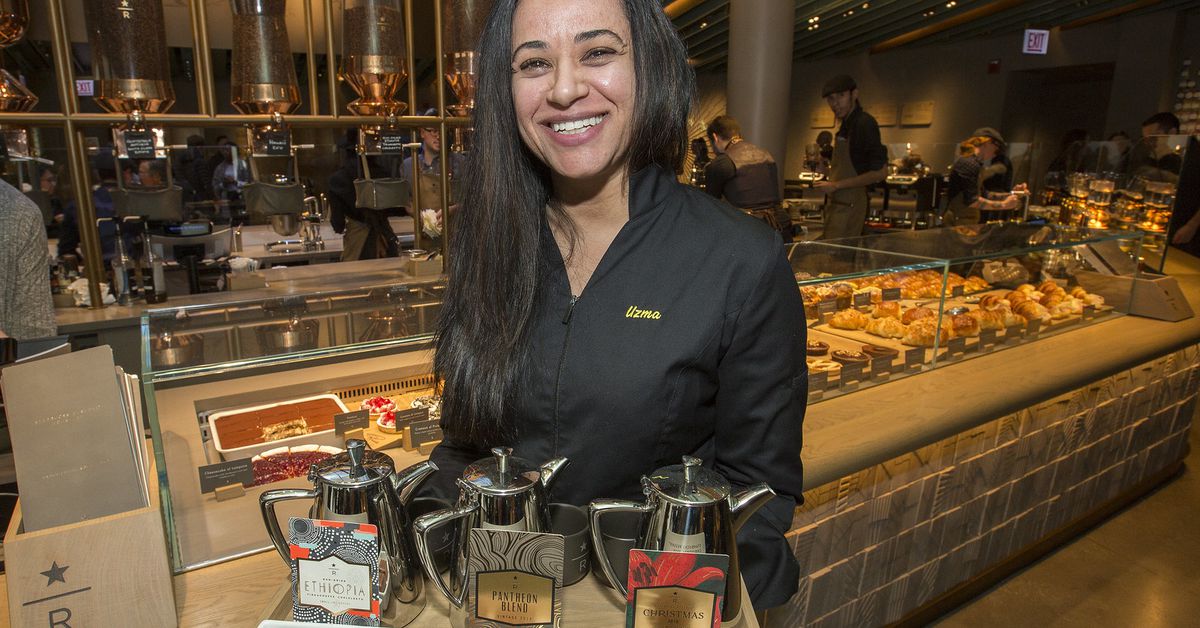 Starbucks fans have no doubt already heard of the 35,000-square-foot coffee giant's location along Chicago's Magnificent Mile. It debuts Friday to the public. But what about food and drink inside the Starbucks Reserve Roaster? Customers who have visited Princi, the West Loop bakery Starbucks opened in 2018, know what to expect.

In some ways, the roster's food choices rival Eataly, the sprawling Italian market and the food hall a few blocks west. Food is available on all four floors, ranging from gelato to breakfast sandwich to pizza. Tourists and weekenders will have more time to access the more relaxing drinks on the upper floors.

The locals who patrol the Mag Mile on a regular basis are likely to settle on the ground floor. Starbucks serves their regular drinks there, and costs $ 4.50 for an espresso, which is more than what customers will pay at the Starbucks locations. Customers can also find a rotating supply of well-made Princi pastries, including fresh croissants ( cornetti ) and other laminated items. Cannoli, cheesecakes and other tarts are available for sweet teeth.

Princi pizza, panini and pasta are on the second floor. The pizza compares well with the square cuts found at the reputed Roman import Bonci Pizzeria. The bufala mozzarella on panino caprese is almost the heavy ruccol. Meanwhile, a prosciutto sandwich on olive brioche was far too salty. The combination did not work.

The chain has a coffee maker on the third floor. It's just a taste, a cold brew made with Guatemalan coffee. The vanilla notes should be at home at Chicago's Festival of Barrel-Aged Beers that took place last weekend. The cold brew looks like a barrel-aged stout without its head. Starbucks roasts coffee in Heaven Hill bourbon barrels. Representatives won't say how long: "It's proprietary," said Shiami Ranasinghe, a Starbucks Reserve brand manager and barrel-aged coffee expert.

The coffee-aged coffee can be a solid starting point for a breathless drink, add ginger ale and lime. One of the biggest spirits advocates has been Chicago bartender Julia Momose of Oriole and Kumiko of the West Loop, who is a drink consultant for Starbucks and worked with the drink menu for the new Chicago Monastery. Two non-alcoholic cocktails are on the drinks list, including "All Day Spritz," which is apparently a tribute to Chicago's lively brunch scene. It's made with Starbucks & # 39; s Teavana brand Mandarin mimosa tea, strawberry and honey bushes, elderflower tonic water, and orange peel. The exclusive elixir looks like a non-boozy Aperol spritz. Momose worked with a couple of Chicago bartenders, Annie Beebe-Tron (Fat Rice) and Rachel Miller (Community Tavern) on the Starbucks project.

The bartenders are not the only local talent Starbucks employs. Uzma Sharif from Chocolat Uzma, a pastry shop in Pilsen, is Starbucks official chocolate. Sharif uses Pakistani flavors in their unique chocolates. Customers will find spices such as cardamom, black salt and turmeric in Uzma's sweets. They can pair truffle flavors with two or three cups of coffee. One pairing, which comes with the Starbucks Reserve Christmas coffee, stars on a truffle that starts evenly and then hits with a wink of ginger at the end. These tastings – and visiting the roster in general – can be a popular activity to escape holiday shopping off Michigan Avenue.