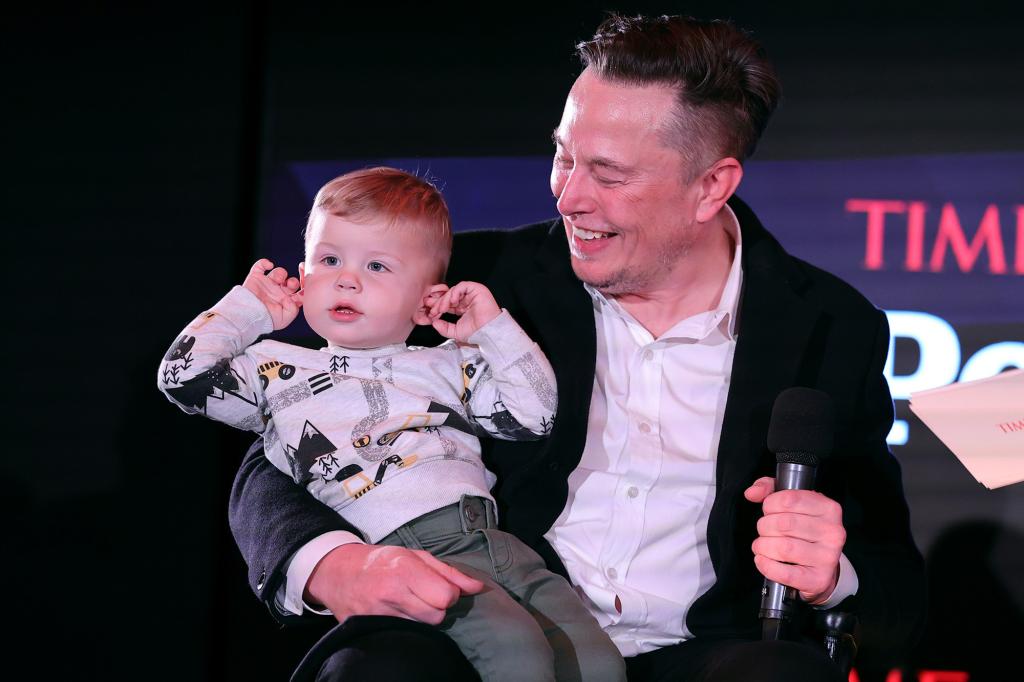 Elon Musk has many job titles – including CEO of Tesla and CEO and chief engineer of SpaceX, among others – but he has also played the role of father of 10 children.

The 51-year-old billionaire first experienced fatherhood, then sudden grief, with the birth and then the death of his first child in 2002.

After the unexpected loss, Musk had two sets of multiples.

But his most famous children may be the two he had with singer Grimes because of their unusual names.

That is, until now. On Wednesday, a bomb report came in that Musk had twins with one of his top managers in Neuralink.

But what has he said about raising his Brady Bunch?

The new father rarely mentioned his loss, but expressed sympathy in an email chain with the father of an 18-year-old boy who died in a burning Tesla crash in 2018.

“There’s nothing worse than losing a child,” Musk wrote, according to Bloomberg. “My firstborn son died in my arms. I felt his heartbeat. “

Over the next five years, Wilson gave birth to twins, Griffin and Vivian in 2004, and triplets – Kai, Saxon and Damian Musk in 2006.

Vivian, now 18, recently came out as transgender and changed her name from Xavier Musk, including taking her mother’s last name. In court, Vivian said she “no longer lives with or wants to be related to my biological father in any way, shape or form.”

Years before Vivian’s transition, Musk wrote in a 2010 Business Insider article about his public divorce from the children’s mother, Justine Wilson. Musk said he paid his ex $ 20,000 a month for the children’s clothes, food and miscellaneous needs in addition to Wilson’s living expenses and nanny salaries.

“The custody of our five children is divided evenly,” Musk said. “Almost all the waking hours I do not work are spent with my boys, and they are the love of my life.”

Musk withdrew his children from private school and enrolled them in Ad Astra, the school he founded in 2014.

Ad Astra, which means “to the stars” in Latin, started on the SpaceX campus, taking in only 50 students. Now there is an online school that does not have a grading system, but which teaches courses in artificial intelligence, coding and applied science, according to the school’s website now known as Astra Nova.

“Kids really like going to school,” Musk told BTV in China in 2017. “I think that’s a good sign … They actually think vacations are too long. They want to go back to school.”

But in an interview from 2021 on the Clubhouse app, Musk admitted that his children were raised by the internet.

“Well, my observation is that my kids were mostly educated by YouTube and Reddit, and so you know, and their – I guess – classmates,” he said. “And I guess there were lessons too, but judging by how much time they spent online, it seemed like most of their education actually came from the web.”

Musk and his then-girlfriend Grimes introduced their son X AE A-XII to the world in May 2020. The Internet went wild over the boy’s bizarre name, which the former couple seemed to disagree on how to pronounce.

However, Musk said on the “Joe Rogan Experience” podcast that “X” is spoken “as the letter”, while “Æ” is pronounced as “ash”. “The proud father said that” A-12 was [his] contribution ”, while Grimes came up with the rest of the baby’s name.

In 2021, Musk gave a rare interview in which he discussed his newborn.

“I think babies are super cool and people really need to have more babies because it sounds obvious, but if people don’t get enough babies, humanity will disappear.”

He also took a deeper look at his parenting style.

“Right now there’s not much I can do,” Musk said.

“Grimes has a much bigger role than me right now. As the kid gets older, it will be more of a role for me, “he continued. “I just think of doing what I did with my other children. If I have a trip for Tesla to China, for example, I take the kids with me, then we’ll see the Great Wall of China, or we took the bullet train from Beijing to Xian and then the Terracotta Warriors. “

In May 2022, Grimes announced that she and Musk were secretly adding another baby – a girl – to their family via surrogate late last year. However, Exa Dark Sideræl Musk arrived when the couple was no longer together.

“Grimes and I are, I would say, probably semi-separated,” he told Time in December.

Musk confirmed on Thursday that he became the father of twins with a leader at his brain-chip company Neuralink just weeks before he welcomed his second child with the Canadian pop star Grimes.

“Do my best to help the underpopulation crisis. A collapsing birth rate is the greatest danger civilization faces, ” he tweeted on Thursday.

“Mark my words, they are sadly true,” he said continued in a tweet rant. “Too many people are under the illusion that the earth is overpopulated, even though birth rate trends are so obviously heading for population collapse.”

The twins’ names are unknown at the moment, but their arrival brings the new number of Musk’s offspring to 10. Perhaps they will be the first of his relatives to go to Mars.

In a 2021 interview at Clubhouse, Musk said he would let his children travel to the planet if they wanted to when they were older.

‘Even though I called them [my kids] so far, and none of them say they want to go, he said. “So they can change their minds, but at the moment they are not shuffling their feet to go to Mars.”