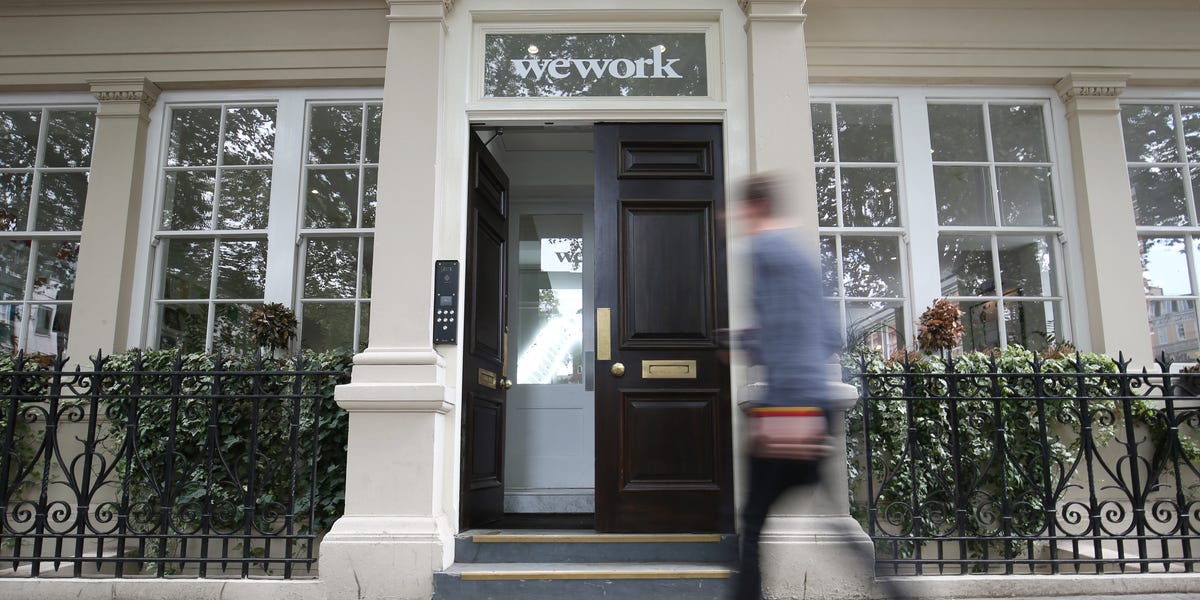 Many tenants of WeWork were surprised Monday morning by the company's announcement that it would remove thousands of telephone kiosks from their offices across the United States and Canada because of "elevated levels of formaldehyde."

But for others, the announcement was overdue. That's because some tenants notified WeWork of the presence of harmful chemicals in the office's phone booths as early as August, according to emails from Business Insider.

Xen Eldridge, tenant of WeWork & # 39; s 3rd Avenue Avenue in Seattle, first sent an email to a WeWork community manager Aug. 29 to report that he and his colleagues experienced side effects after spending time in office telephone booths.

"Many of my colleagues have reported that using the phone booths for longer than 20 minutes causes their eyes to flutter, feel faint and / or nauseous. Some of us with more sensitive eyes notice this even faster. This disappears more or less immediately after leaving the phone booth, or when the door is left open, "Eldridge wrote to the community manager.

Eldridge emails in August appear to describe the symptoms of exposure to formaldehyde, a toxic chemical used in construction and home products that can cause eye, nose and throat irritation, according to EPA.

WeWork quickly acknowledged Eldridge & # 39; s complaint. Emails seen by Business Insider show that a community manager responded to Eldridge the same day, saying that the company consulted the facilities team to resolve the issue. At that time, one of Eldridge & # 39; s colleagues followed up with the same community manager to add that they too had experienced the same side effects from using a telephone booth that others had in the office.

However, according to Eldridge, no visible measures were taken by WeWork until October 11, when WeWork employees showed up at the office to instruct tenants not to use telephone booths. At that time, the signs were placed in telephone booths where they said "CAUTION: DO NOT USE."

These signs were replaced with an updated sign Monday, Eldridge said, which included a more specific warning about formaldehyde: "DANGER: FORMALDEHYD MAY May cause cancer, cause skin, eyes and respiratory irritation."

In addition to Eldridge, Business Insider spoke with another tenant of Seattle WeWork who wanted to remain anonymous to talk openly. This tenant confirmed Eldridge's telling of incidents and described having experienced eye irritation first hand after using phone kiosks that began in July.