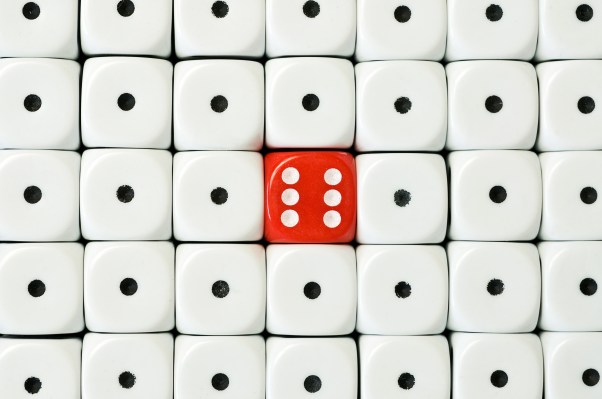 What is the lesson for WeWork?

Here is a startup that has been a darling of Silicon Valley investors for many years, whose offices and CEO have been wonderfully painted on the cover of major professional magazines and strategically distributed across major technological conference stages, including our very own. At its peak, the company commanded a valuation of tens of billions of dollars and should be on course for the stratosphere and join companies such as Google and Facebook.

And then it all came together and crashed, literally a handful of days.

It is easy to point to WeWork's potentially 75% + valuation drop, its impending layoffs, the firing of the CEO and the apparent compression of a whole heck of a lot of investors and employee equity as a nasty disaster story of capitalism, and venture capitalism in particular. VCs ̵[ads1]1; no more than Masayoshi Son at SoftBank – constantly overbought, oversold and overcomitted to a company that had virtually no business basis.

So what's the lesson for WeWork for venture capital? In short, nothing.

Venture capitalism is about investing in bold games with huge, high returns. It is intended to be risk-adjusted, both on the valuation scale, but also on a portfolio scale. VCs should buy equity at the right price to take into account each startup's risk profile, while also constructing a portfolio that selects each of these risks to achieve the best overall return.

For WeWork, much of these dollars were driven by the SoftBanks Vision Fund, which appeared to double over and over again at the company, even on log heads with its own limited partners. Vision Fund made an effort, apparently with reasonable access to internal information, and that effort proved to be wrong.

But it was an effort.

And sometimes you make it in spades. SoftBank's son once invested $ 20 million in a newly developed Chinese e-commerce company called Alibaba. This share is worth around $ 100 billion today, excluding a $ 11 billion sale a few years ago that was recognized in SoftBank's economy earlier this year.

WeWork & # 39; s woes do not change this base formula. Neither does the continuous drop of Wag, which received $ 300 million from the Vision Fund and appears to be going through tough challenges.

In some portfolio there will be losses. The infamous J-curve in the venture, where losses materialize far faster than the gains of the first years of a fund, is alive and well – even in the growth stage.

And WeWork is not even dead yet – it still has cash and it will rebuild. Will it be the biggest startup turn in history? Possibly. Can it go straight to bankruptcy? Sure. Will the Vision Fund make money? Well, it really depends on the preference stack and a thousand other variables that will be determined over the coming weeks, months and years.

It's so early. My guess is that we still have about five years on us before we really start getting enough information to evaluate the Vision Fund's ambitions.

Along this line, I don't think I just need to defend venture capitalism, but capitalism itself.

Matt Stoller, who has made it his mission to target big corporations including Big Tech, sums up the WeWork situation as a symbol of "counterfeit capitalism", a system of basic story myths and false growth charts drawn by venture capitalists trying to build long-term, sustainable monopolistic companies that use predator pricing to kill competitors.

Still, the story misses the point of what capital does and what investment means. Very, very few companies (with support or not) are profitable from day one. Opening a restaurant requires buying equipment and signing a lease well in advance before a customer walks in through the front door. Ditto for software startup, which actually needs to build software before a user has to pay for it. Capital investment is the bridge between plans for implementation and launch.

The question is how long should a company be unprofitable to provide sales and earn revenue? A decade or two ago, it used to be that companies had to be profitable for IPOs. But why? Why, then, should a company slow down its investment and clean up its cash flows? Why not earlier? Why not later?

In fact, there has been something big in recent years in the credit markets: At least some investors are increasingly placing their growth portfolios rather than cash flows. They are willing to wait for profits, sometimes for several years.

Or, in other words, more and more investors are thinking long-term about the ultimate potential value of a business.

WeWork can be profitable today. It can hide the recently opened places, condense into a handful of places in major cities and roll around in the positive cash flow. The Vision Fund understands this, of course. But why lock in small gains today when there is so much more potential that lurks out there?

We should be cheering on this behavior and not throwing you out of it, though WeWork itself might prove to be a sack. The lesson of the whole saga is not that capitalism does not perform. In fact, it's the exact opposite: (venture) capitalism is doing better than ever to invest in future long-term growth.