WeWork accused of discrimination against pregnancy of former employee 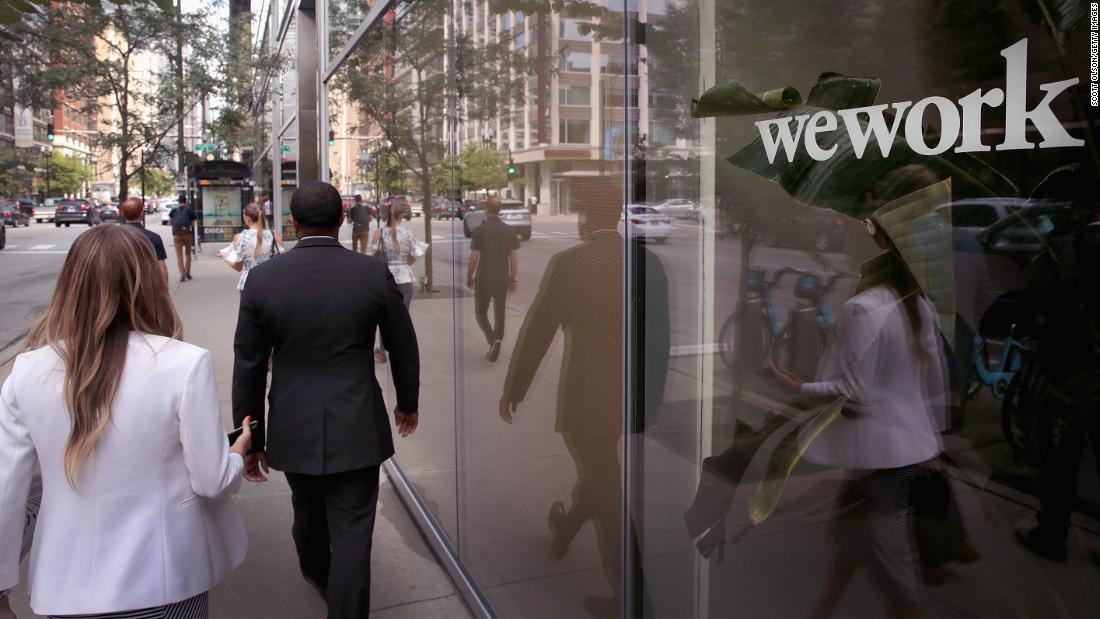 Medina Bardhi, who said she was twice pregnant while at the company and took maternity leave each time, claims that discrimination began when she interviewed for the job in 2013, according to a complaint Thursday filed with the Equal Employment Opportunity Commission. She said that Neumann then asked her "should she get married and get pregnant."

When she became pregnant in March 2016, she said she was "forced" to tell her boss that she was waiting early because of the nature of how Neumann traveled for business. Neumann had a "penchant for carrying marijuana on chartered flights and smoking it throughout the flight while she was in the closed cabin" and Bardhi "could not expose her unborn child" to this, according to the complaint. Neumann's use of marijuana while on the plane was previously reported by the Wall Street Journal.

Bardhi claims discrimination continued. She claims that before she took leave, there were several disturbing comments from Neumann and Jennifer Berrent, a longtime WeWork manager who currently serves as chief executive. Neumann allegedly characterized her mother's leave as "retirement" and "vacation," while Berrent allegedly referred to her pregnancy as a "problem" that needed to be "resolved."

In a statement to CNN Business regarding the full complaint, a WeWork spokesman said: "WeWork intends to vigorously defend against this claim. We have zero tolerance for discrimination of any kind. We are committed to moving the company forward and building a company and a culture that our employees can be proud of. "

A representative of Neumann pointed CNN Business to WeWork for the company's statement.

In the complaint, Bardhi claims that months before she went on her first maternity leave with WeWork, Neumann and Berrent hired a man for the chief of staff and paid him a salary of $ 400,000 with a signing bonus of $ 1

"Such an obvious gender-based pay gap was the norm and part of a pattern and practice at WeWork," according to the complaint.

When she returned after leaving, Bardhi said she was "downsized" and her role was "drastically and materially reduced," while male employees, who were paid more than her, were elevated and replaced. Bardhi claims that after revealing her second pregnancy, Neumann, Berrent and other management looked for her permanent replacement. When she returned for the second time, she learned that she was no longer part of the CEO, and that she was "put aside and denied any meaningful work for months," the complaint alleges.

Bardhi points to the condition of the nursing room available to staff as a sign of lack of care given to new mothers. According to the complaint, the nursing room she had to use was "inexorably unsanitary" despite the fact that there were between five and ten employees using it at the time.

Bardhi said she was fired a week after Neumann resigned as CEO after the disastrous IPO attempt .

According to Douglas Wigdor, a lawyer representing Bardhi, it is hoped that "after a thorough investigation, the EEOC will consider bringing a pattern or practicing class action lawsuit against WeWork to help bring about change in the company's employment policies and practices."

In the past year, there have been other complaints filed by former employees stating that they were retaliated against and eventually fired for reporting on incidents internally. A former employee accuses the company of retaliating against her for reporting being sexually assaulted at two company incidents. The company has disputed its claims in a statement: "These allegations against WeWork are worthless and we will fight this lawsuit. WeWork has always been committed to promoting an inclusive, supportive and safe workplace. WeWork investigated this employee's complaints, took appropriate action, and this employee was terminated solely because of her poor performance. "In another case, a former vice president is suing the company over alleged age discrimination. WeWork declined to comment on the matter.
Neumann's role in the company, and the culture he promoted, has lately been the subject of intense scrutiny. After submitting IPO papers in August, the company faced a host of criticisms for how it worked: It had staggering losses, no women on the board and CEO Adam Neumann had not controlled the power and countless potential conflicts of interest.

As part of a rescue agreement from the Japanese conglomerate SoftBank – which now controls WeWork – Neumann will be able to sell up to $ 970 million in stock back to SoftBank, receive a $ 500 million loan to repay a credit limit and a $ 185 million fee for counseling for SoftBank, according to a person familiar with the matter.