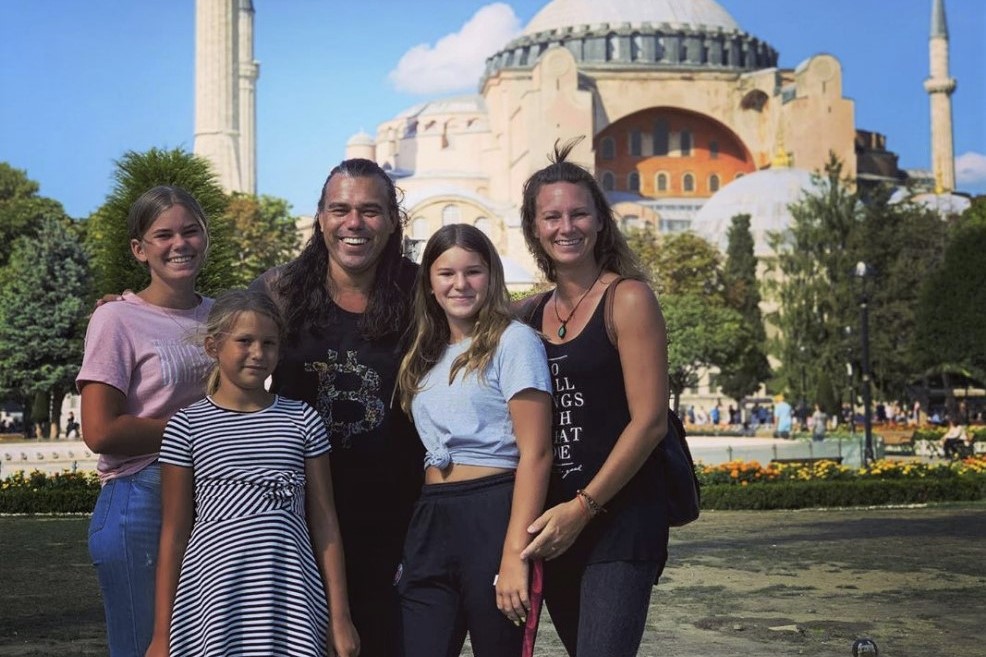 The Bitcoin Family of five (Didi and Romaine Taihuttu, and their children Joli, Juna and Jessa) are on their way again. But why and how it all started? What have they learned along the way?

This is what Didi told us.

7, you sold everything you owned to buy bitcoin. Why?

Didi Taihuttu : It's a very long story. After my father died in January 2016, I realized that life could go very fast, and that I had driven the hamster wheel just to collect wealth. I ran two businesses, but for what? I got burned out and started traveling with my family to reset. During the travels, my friend who helped me with mining bitcoins in 2013 called to ask if I still had any dog ​​pointers and bitcoins because we sold many during the 2014 crash.

When I checked, the price went up and there was more chatter on the forums, so I realized that the revolution in the monetary system was really starting. That's when I came up with the plan and asked my wife if she would agree to go in. We were very happy as a traveling family and wanted to show the children that happiness does not depend on wealth. That's why my wife agreed, and we decided to fly home, sell the house and go all in.

We needed to change our lives because we had ruined our children and educated them in the wrong way. I've always thought that getting rich is the goal of life, and so we had taught our children the same stupid lessons. We wanted it to change.

What is your role today? Are you an ambassador for Bitcoin?

What does it mean?

We, as Bitcoin family, try to educate and prepare as many people as possible for this evolution of technology that will revolutionize the worldwide monetary system!

You have recently started a new tour. What is the purpose of that?

The purpose of the trip is to educate the people who really need to be educated in the true fundamentals of Blockchain and Bitcoin. We want to help "the poor, non-banked" and charities to understand how they can be included in the monetary system without the need for a bank account. This is huge! My nephew, who is a fisherman in the Maluku Islands [an east Indonesian archipelago] is not allowed to have a bank account. Thanks to Bitcoin, he can now use services he would normally use a bank account for.

When a journalist asked you about a crypto market crash, you replied "We still have the same amount of bitcoin". Do people really understand the importance of Bitcoin?

Because of the great profits people have made, the mentality of the revolution has changed to "mooning" and "lambo". Don't get me wrong, I'm really happy for those who made big profits and think it's possible to make a little more profit in the future, but I just hope people remember what the true fundamentals are and that Bitcoin is here to include the excluded. We need to start sharing a little more with the people who really need it, and by giving instead of just gathering you will also understand the true meaning of life.

You said "My goal was not to become a millionaire, but to change my life". Your life has changed radically. Have you set a new goal?

We are now trying to live day by day and really enjoy the moment and time we spend as a family. Being healthy and traveling the world to show my children all different cultures is what we like at the moment. One goal is to educate as many people as possible about the opportunities that Blockchain and Bitcoin can give us and how people can use these tools to change the world.

How do you ensure your crypto funds are secure?

70% of my funds I have on hardware wallets that we don't have with us. They are safe in a safe somewhere in the Netherlands. We are now looking at the new opportunities for shared private keys, etc. The rest I have is shopping for accounts, cards, mobile wallets, etc., but it is not worth it for people to come after (laughs) . We already gave a lot to charity and we use bitcoin for a living, so we have been using it for almost 2.5 years. In a few years hodling 1 to 5 bitcoins would, in my opinion, be enough as a backup if we might want to change lives again (laughs) .

Since you started the "Bitcoin life", many things have changed. Are you even more confident about the "crypto future"?

Yes, I have never been in doubt since the beginning of our adventure, and if you keep track of everything that is happening right now, you can only conclude that Bitcoin and Blockchain are already changing the world!

What do you want to do when everyone uses Bitcoin daily?

I will enjoy a nice Bacardi Coke somewhere on a beach with family and some other decentralized Bitcoin families and look back on a wonderful adventure we had because of Bitcoin, and probably realize even more that it was right to follow our gut. It all opened our eyes to following our hearts and passions instead of riches!
_________