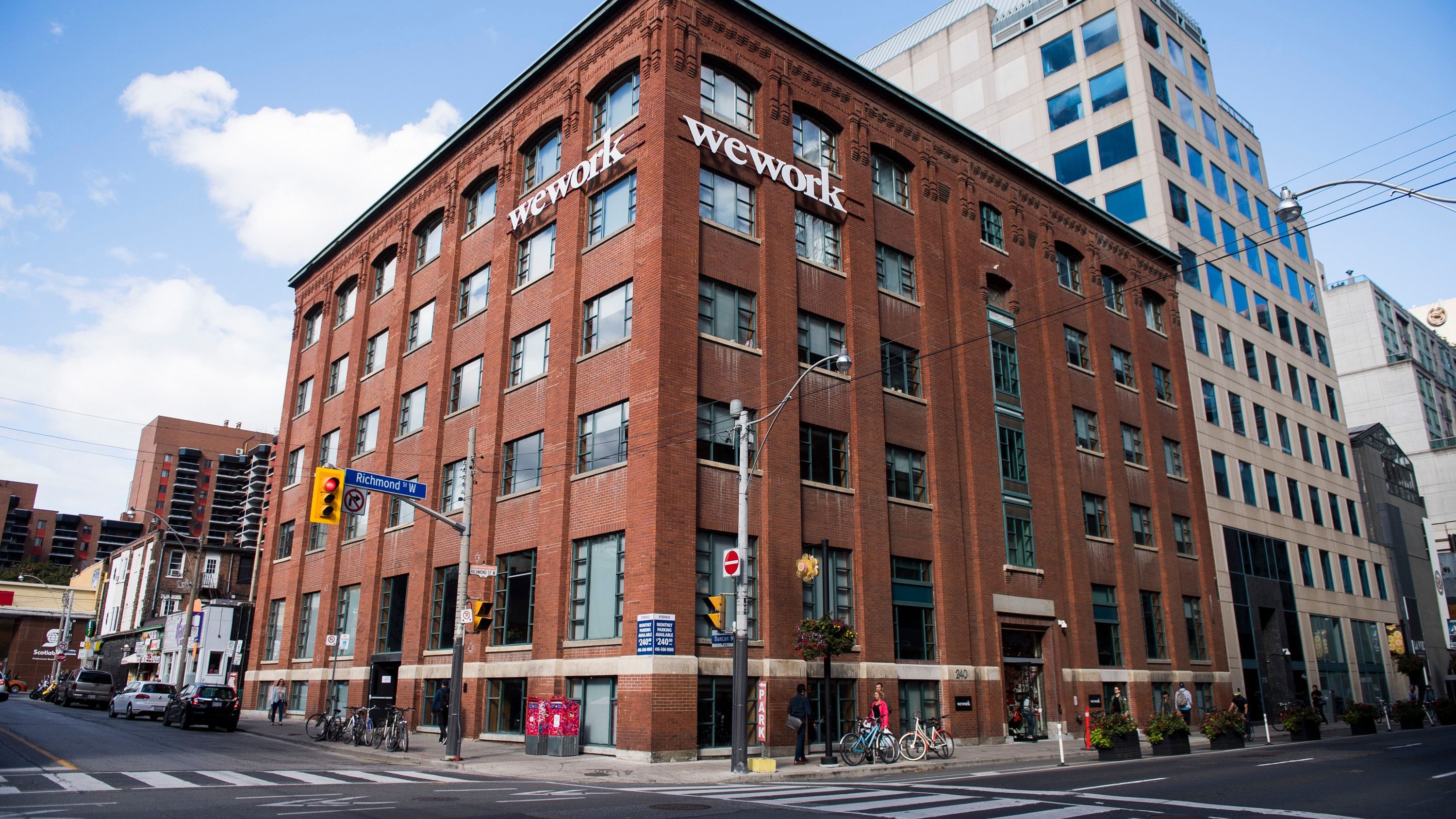 The company behind WeWorks real estate employs an initiative for future cities and has hired former Waze and Google CEO Di-Ann Eisnor to run it. According to We Company, Eisnor and her team of engineers, architects, computer lovers, biologists, and economists will create products and partners with local groups around the world to help solve problems caused by globalization, urbanization and climate change.

If the concept sounds a bit abstract and more than a bit ambitious, consider the source. The company's CEO Adam Neumann presented the company's new brand in January with a mission to "raise the world's consciousness." WeLive, the cohabiting arm, has a stated mission to "free each person's superpower."

Help solve climate change? Perhaps it can be achieved between dropping the child off at WeGrow (the company's Montessori-inspired private schools for children aged 2 to 11) and jumping on the elliptical at Rise by We (the company's holistic health center).

Moved to launch a smart city program, but is in line with one of the company's non-spiritual mission: to gather the world's largest dataset on how people work and live. With more than 600 employees in 100-plus cities, WeWork has data that economic development agencies would want to go over. The company not only has a robust sense of how businesses start and grow, but also how they use space and consume energy.

"WeWork has created the physical world equivalent of a digital platform," said Arun Sundararajan, a professor at New York University's Stern School of Business and the author of The Sharing Economy . "The global corporate and entrepreneurial constellation allows members to get hold of and realize value from these financial gaming profits, in their communities, and across cities."

Although it is absolute value in the WeWork network for a member who might, say, find a graphic designer working on the floor above them, it may be even more valuable for cities and other potential partner organizations when membership base data is collected.

We have data mass and a lot of data

Eisnor knows something about the power of aggregated information. In 2009, she helped launch the US office Waze, the navigation app that collects travel times and traffic information from users. The app was acquired by Google in 2013 for just under $ 1 billion.

Although details are scarce, the mandate of Eisnor's new team at Vi is to link all the company's various data sources together. As the company's first Chief We Officer (CWeO), her goal is to build on what we've already done inside the building, take it out, and reimagine a kind of connective tissue for 21st-century cities.

We have already done their part to get Eisnor to the data she needs. Not only has the company strengthened its network of collaborative offices with cohabitation rooms, schools and wellness departments, but over the past two years it has been on a data collection company.

In November 2017, we bought Meetup, the platform for, well, meet up, which also happens with an 18-year stock of how people gather offline. Last year we bought Teem, a workplace analysis company that measures how employees use conference rooms. And this year, it bought Euclid, a startup that uses wifi signals to understand how people move through physical spaces like shopping malls.

With that in mind, it is suddenly easy to see the contours of a Blade Runner-esque future where members- There are only WeCities in all metropolitan areas. But we are also interested in trying to influence urban life beyond the framework of our own communities. There is no doubt that it will have problems coping with.

The UN anticipates that two-thirds of the world's population will live in cities by 2050. There are 2.5 billion more people who need public transport, affordable housing and community infrastructure. Every city government in the world is looking for creative solutions on how to handle this unprecedented level of urbanization and private business that We, with scale and belief in data to prove it, is undoubtedly well positioned to help. [19659002] "The problems we face as a society are too complex for everyone to own," says Eisnor. "When you work with so many different tools to solve these problems, we must work together."

When public authorities cooperate with the industry, or even just take on public work projects with a private industry's mindset, there is a common seen with issues.

But public-private partnerships are not without their pitfalls.

Firstly, there is the question of who the public-private partnership serves. The government has a responsibility to serve all citizens, while private companies have a fiduciary responsibility for serving the shareholders. When private business initiatives are not profitable, as was the case with Ford-owned transport service Chariot, citizens can be left out to dry.

Second, with public-private partnerships, there is always a question of who will own the data. We've seen this in Toronto, where Sidewalk Labs, the community initiative of Google's parent company, Alphabet, is trying to prototype a sensationally smart city from scratch.

The alphabet has received an attack of criticism from privacy spokesmen who are concerned with setting a private company at the center of a city's infrastructure. A critic called the Toronto Initiative "a colonizing experiment in surveillance capitalism that attempts to bulldoze important urban, civic and political issues."

Then there is the question of accessibility. The line between a WeWork office that revitalizes an upward neighborhood and one that accelerates the effect of gentrification can be quite thin.

"The real question is whether we want to keep some of the standards we have entered into our public space if they are to be developed by private companies," says Fred Turner, communications professor at Stanford. "On a public street corner, you are free to send out a political pamphlet, but if a private company begins to build the pavements, who knows if it will be allowed? "

Nevertheless, we take these ethical issues into account if we" We are going to tackle the imminent threat of problems associated with urbanization, it seems important for the public sector to look to the private sector for help.

"Despite the best efforts of governments, we fall behind the curve," said Will Fleissig, former CEO of Waterfront Toronto, who brought on Sidewalk Labs to help build the smart city prototype. "The answer to these basic urban challenges, which almost all cities are facing, involves the use of technology, capital and data."

That's where we come in.

How can we help?

Eisnor, who reports to the CEO, comes to The We Company with over decades of experience in mobility and development in urban areas. While in Waze, she launched the Waze Connected Citizens program, a free data exchange that 800 cities use to make traffic and infrastructure decisions. Most recently, she was a director at Area 120, a workshop for Google's experimental products.

On We are together with Dror Benshetrit, a designer and city planner who wants to lead the initiative to future cities. Eisnor and Benshetrit provide some of the optimisms and innovations in the technology sector to a company whose business model still looks largely like a real estate company.

The question is: Can two futurists, equipped with the resources of a $ 47 billion company, actually help solve problems caused by urbanization and climate change?

In the words of Eisnor, "We are in threatening global crisis if we do not find it out."