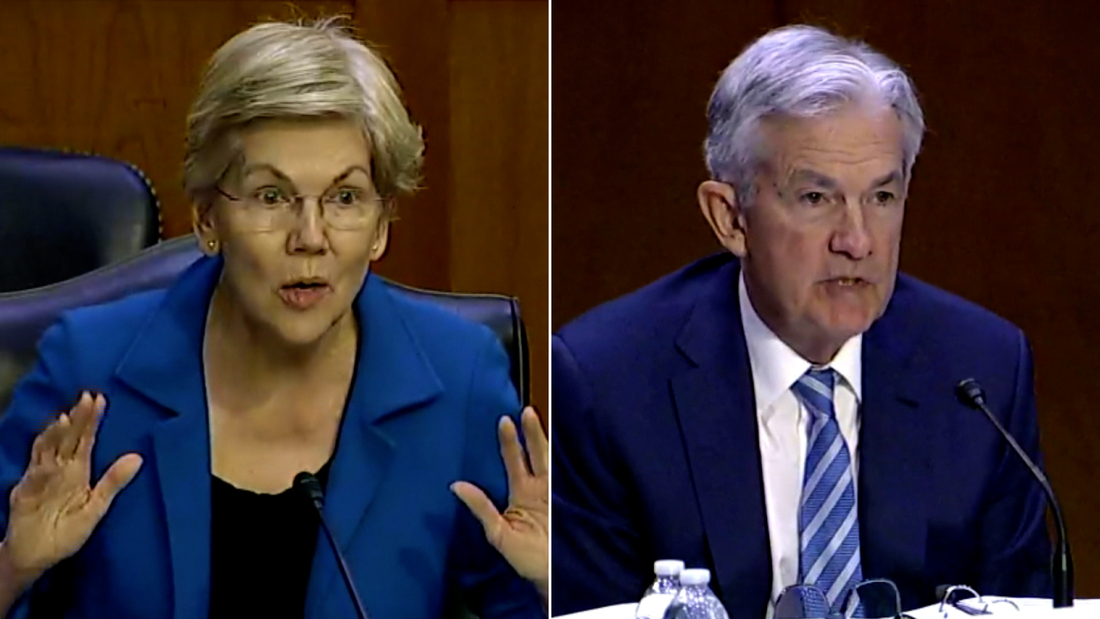 “I’m very concerned about this because the causes of inflation – things like the fact that Covid is still shutting down parts of the economy around the world, that we still have supply chain breaks, that we still have a war going on in Ukraine that is increasing the cost of energy, and that we still have these giant corporations doing price gouging, Warren told CNN’s Dana Bash on “State of the Union.”

“There’s nothing in raising interest rates, nothing in Jerome Powell’s toolbox, that directly addresses these, and he’s admitted as much in congressional hearings when I’ve asked him about it,”[ads1]; the senator continued, adding: “Do you know what is worse than high prices and a strong economy? It’s high prices and millions of people out of work.”

“I’m very concerned that the Fed is going to tip this economy into recession,” said Warren, who earlier this year opposed Powell’s renomination to head the Fed.

Fears of a U.S. recession have been mounting for weeks, and Warren’s comments come just two days after Powell, the head of the nation’s central bank, hinted at a possible recession during a keynote speech at the Federal Reserve’s annual Jackson Hole Economic Symposium. Powell told investors during his remarks that the Fed was laser-focused on inflation and would continue its historic pace of rate hikes for the foreseeable future.

“While higher interest rates, lower growth and softer labor market conditions will bring down inflation, they will also cause some pain for households and businesses,” he said.

Like Warren, Wall Street also reacted negatively to the tone of Powell’s speech, with major indexes falling on the prospect of a sustained period of higher interest rates and the associated economic pain — a word Powell invoked twice in his brief speech, and cited slower growth, higher unemployment and economic strain that tighter policies will inevitably hit American homes and businesses.

Warren has previously urged Powell to proceed cautiously with rate hikes and avoid triggering a recession that would cost millions of jobs, including during a Senate hearing in June, when she expressed concern about the impact of the Fed’s rate hikes on families and the risk of a recession and issued a warning similar to the one she issued Sunday.

“You know what’s worse than high inflation and low unemployment? It’s high inflation with a recession and millions of people out of work,” she told Powell. “I hope you consider that before you drive this economy off a cliff.”