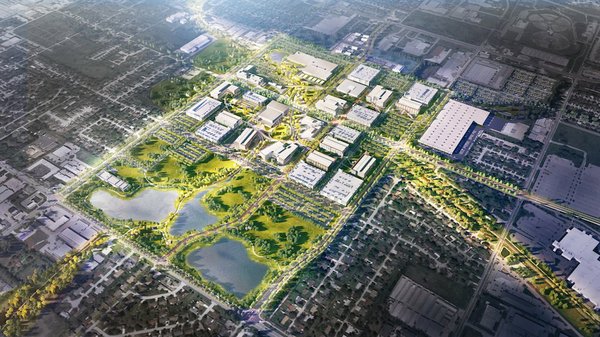 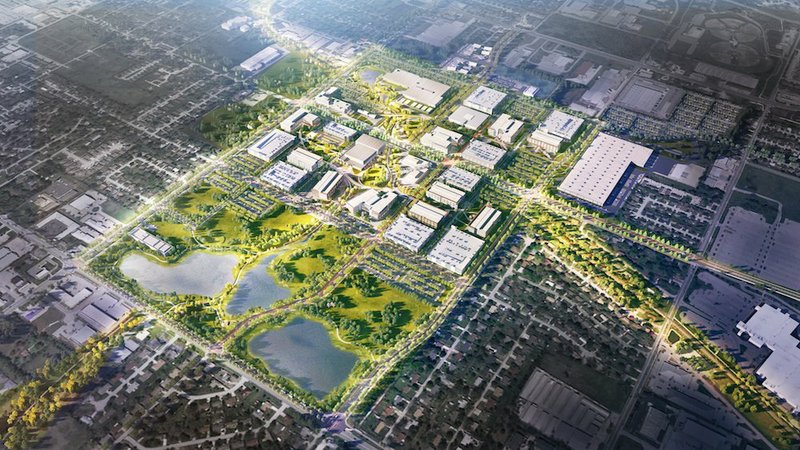 This artist rendering shows the redesign of the campus of Walmart's headquarters in Bentonville.

BENTONVILLE – Walmart Inc.'s new headquarters will be energy efficient, tech-enabled and connected to the community, company executives said Friday as they revealed design plans for the campus.

The long-anticipated release of plans for the massive construction project was detailed at a news conference featuring Gov. Asa Hutchinson and Walmart Chief Executive Doug McMillon.

The new home office will be located on 300 acres in Bentonville on the east side of J Street, between Central Avenue and Arkansas 1

Demolition at the construction site will begin in July, along with infrastructure and utility construction, said Dan Bartlett, Walmart's executive vice president or corporate affairs. He declined to estimate the cost of the project, which is expected to take several years to complete.