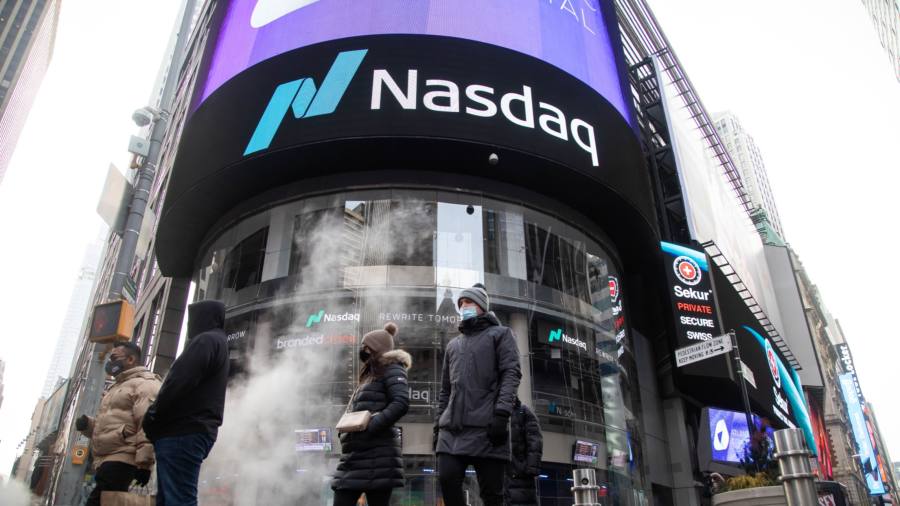 U.S. stocks rose sharply for a second day as investors snapped up bargains after the longest streak of quarterly declines since 2008 and soft economic data eased concerns about Federal Reserve rate hikes.

The rally comes after three quarters of declines for the S&P 500, as the Fed has led the charge to raise interest rates aggressively to curb stubbornly high inflation. Higher borrowing costs and fears that the Fed will induce a recession with tighter monetary policy have weighed heavily on share prices.

But with the S&P 500 down 21[ads1] percent so far this year, some analysts and investors are pointing to opportunities to buy stocks on the cheap.

“We turn tactically bullish stocks for one [fourth-quarter] sharp recovery, analysts at Cantor Fitzgerald said this week. “We believe that inflation is falling sharply as we speak and will soon be recognized by the Fed,” they added.

Employment data from the Bureau of Labor Statistics gave further encouragement to investors on Tuesday that the Fed would slow rate hikes. The number of vacancies in the US fell in August to 10.1 million, below economists’ expectations of 10.8 million and the previous figure of 11.2 million.

Markets on Tuesday priced in expectations that US interest rates reached 4.4 percent by March 2023, down from estimates of nearly 4.7 percent at the end of September. The Fed’s current target range is 3 to 3.25 percent, after three straight interest rate increases of 0.75 percentage points.

A manufacturing index released on Monday showing activity in the US factory sector shrank at the fastest pace since May 2020 has helped to at least temporarily ease fears of interest rate hikes.

But some warned that the rally may not be sustainable. “It’s not rare to see some recovery in a bear market,” said Mabrouk Chetouane, head of global market strategy at Natixis Investment Managers.

“We don’t have enough data to feed the scenario of a central bank pivot,” he said, adding that upcoming data releases on U.S. unemployment and service activity will provide further clues.

“With sentiment against stocks already very weak, periodic rallies are to be expected,” said Mark Haefele, chief investment officer at UBS global wealth management. “However, markets are likely to remain volatile in the near term, driven mainly by expectations around inflation and policy rates.”

Haefele added that some of last week’s selling pressure may have stemmed from quarterly rebalancing of portfolios.

Treasury prices rose on Tuesday, following gains in the previous session, and the yield on the 10-year US Treasury fell 0.06 percentage points to 3.6 percent. The two-year yield, which is more sensitive to changes in interest rate expectations, lost 0.04 percentage points to 4.07 percent.

The sell-off eased last Wednesday when the Bank of England intervened to quell the unrest, and sentiment improved further on Monday after Liz Truss’s government was forced to reverse planned tax cuts for Britain’s higher earners.

The pound rose 0.7 percent on Tuesday to $1.14 against the dollar, back to levels last seen before Chancellor Kwasi Kwarteng unveiled his “mini” budget 11 days ago.