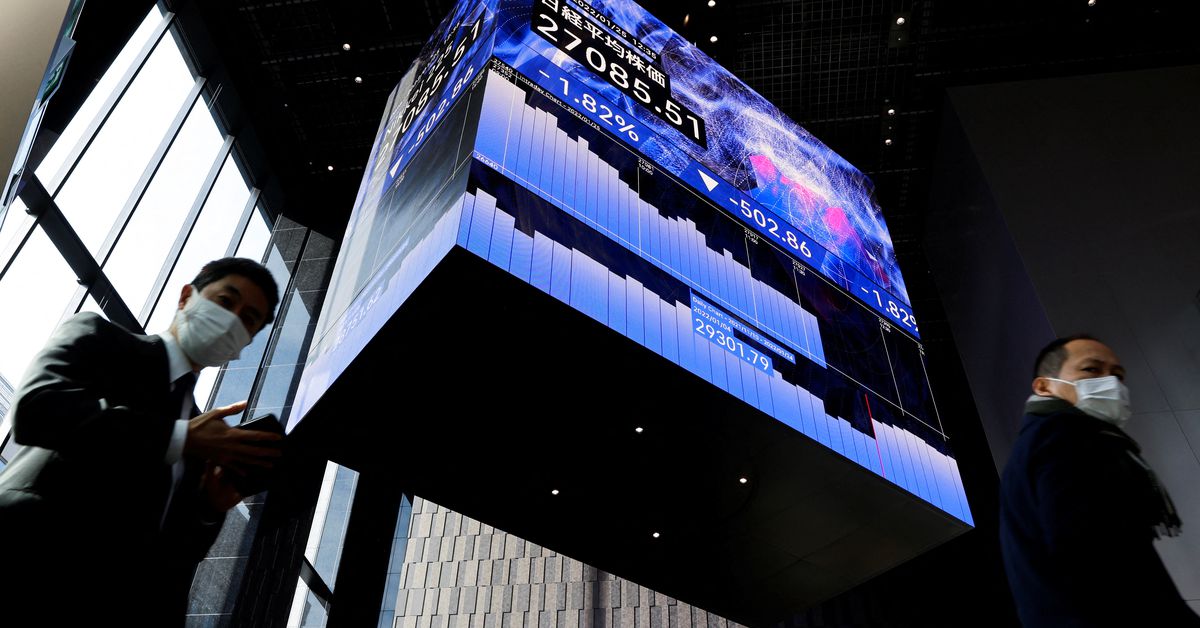 RBC Capital Markets’ chief US economist Tom Porcelli wrote in a note to clients that during the speech “it was easy to wonder if a 75bps hike or even going intra-meeting is possible.”

“Both outcomes seem incredibly extreme but when we hear Powell talk about inflation he comes off as incredibly anxious to us.”

Although Wall Street had closed lower on Monday after Powell’s comments, stock markets in Europe rose. The STOXX 600 was up 0.65%, having climbed high in recent sessions to reach a one-month high (.STOXX). London’s FTSE 100 was up 0.54% (.FTSE).

Matthias Scheiber, global head of multiasset portfolio management at Allspring Global Investments, said the pickup in stocks could be a case of investors buying the dip, but that growth stocks would struggle if the US 10-year yield moves closer to 2.5%.

“We saw the sharp rise in yields yesterday and we see that continuing today on the long end, so that’s likely to put pressure on equities. … It will be hard for equities to have a positive performance.”

But JPMorgan said that 80% of its clients plan to increase equity exposure, which is a record high.

“With positioning light, sentiment weak and geopolitical risks likely to ease over time, we believe risks are skewed to the upside,” JPMorgan strategists wrote in a note to clients.

“We believe investors should add risk in areas that overshot on the downside such as innovation, tech, biotech, EM / China, and small caps. These segments are pricing in a severe global recession, which will not materialize, in our view.”

The conflict in Ukraine continued to weigh on sentiment. US President Joe Biden issues one of his strongest warnings yet that Russia is considering using chemical weapons. read more

Oil prices lost some ground gained Monday following news that some European Union members were considering imposing sanctions on Russian oil – although Germany said the bloc was too dependent on Russian oil and gas to be able to cut itself off. read more

Reporting by Lawrence Delevingne in Boston and Elizabeth Howcroft in London; editing by Jonathan Oatis