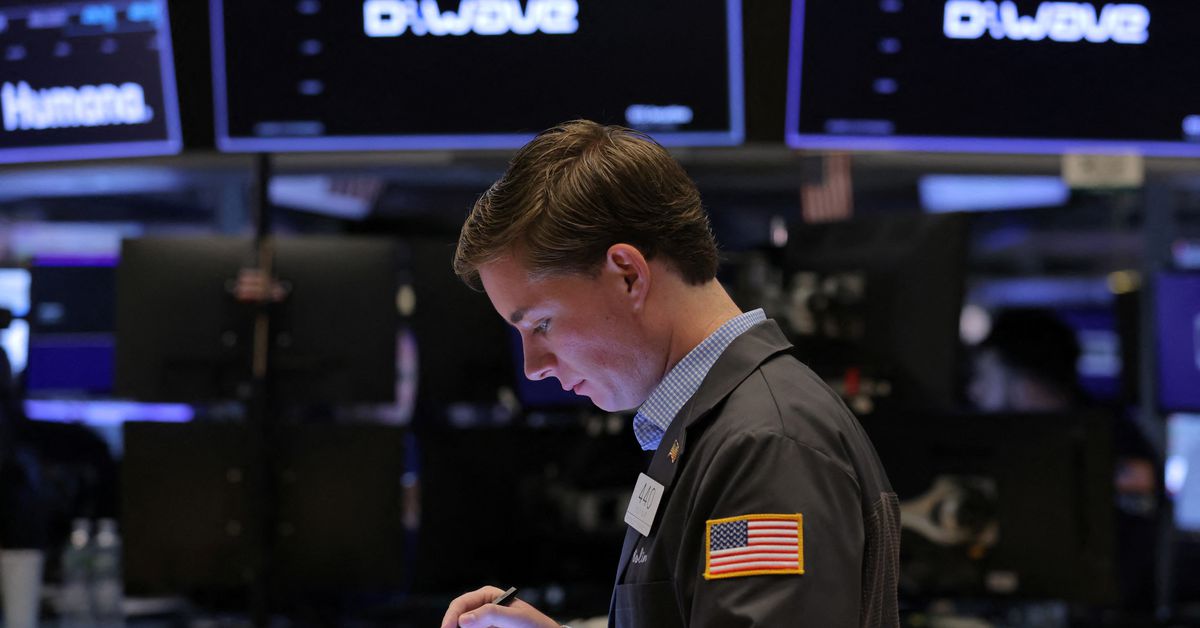 Sept 6 (Reuters) – Wall Street’s main indexes fell on Tuesday as a stronger-than-expected reading on the U.S. services sector fed into expectations that the Federal Reserve will continue to raise interest rates to curb inflation.

The tech-heavy Nasdaq (.IXIC) was set for its seventh straight day of losses in what could be its longest losing streak since November 2016.

“The primary concern, for almost everyone, is really just what’s going to happen with the Fed and interest rates,” said Randy Frederick, vice president of trading and derivatives for Charles Schwab in Austin, Texas.

“While the Fed is definitely going to continue to raise interest rates, I think there’s zero question about that. The only question is how much and how quickly.”

A survey by the Institute for Supply Management (ISM) showed that the US services industry picked up in August for a second straight month amid stronger order growth and employment, while supply bottlenecks and price pressures eased. read more

However, figures from S&P Global showed that the services sector PMI was lower than the flash estimates for August.

Traders see about a 75% chance of a third rate hike of 75 basis points at the Fed’s policy meeting later this month.

The focus will be on Fed Chair Jerome Powell’s speech on Thursday, as well as US consumer price data next week for clues on the path of monetary policy.

Markets started September on a weak note as hawkish comments from Fed policymakers and data signaling momentum in the US economy raised fears of aggressive rate hikes.

The benchmark S&P 500 (.SPX) closed at a six-week low on Friday as concerns over the European gas crisis overshadowed relief from monthly jobs data, which pointed to a slight easing of wage pressures. The index is down nearly 18% so far this year, while the Nasdaq is down nearly 26% as rising interest rates hurt megacap tech and growth stocks.

The S&P index recorded no new 52-week highs and 22 new lows, while the Nasdaq recorded 16 new highs and 253 new lows.

Reporting by Sruthi Shankar and Ankika Biswas in Bengaluru; Editing by Saumyadeb Chakrabarty and Maju Samuel