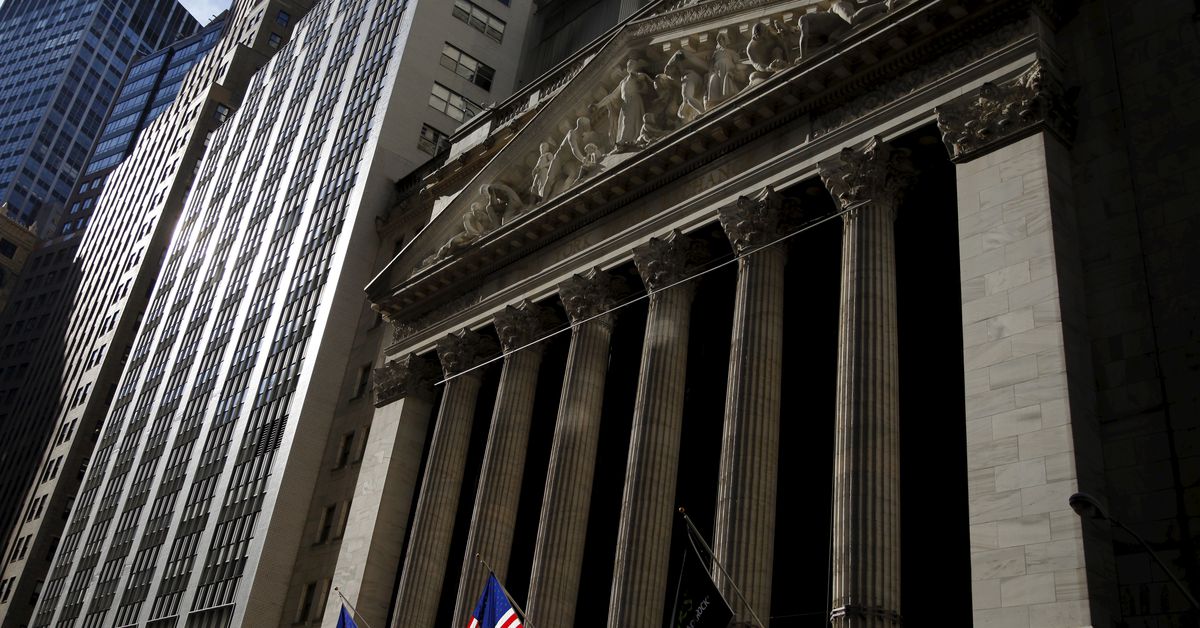 NEW YORK, Oct 20 (Reuters) – U.S. stocks closed lower on Thursday as labor market data and comments from a U.S. central bank official bolstered expectations that the central bank will be aggressive in raising interest rates offset by a flurry of solid corporate earnings.

Shares first rose early in the session, boosted by gains in names such as IBM ( IBM.N ), up 4.73% after the IT services company beat quarterly profit estimates on Wednesday and said it expects to beat full-year revenue growth targets. AT&T Inc (TN) rose 7.72% after raising its annual earnings forecast.

Harker said the Fed is not done raising its short-term interest rate target as high inflation persists, helping to push the yield on the 10-year U.S. Treasury note to its highest level since June 2008 at 4.239%.

“It’s interest rates driving equity volatility, that’s the way we’ve been looking at things all year, which is kind of a precursor to seeing things calm down in the stock market and feeling better about adding risk, that’s seeing volatility decline in interest rates,” said Zachary Hill, head of portfolio management at Horizon Investments in Charlotte, North Carolina.

“I’m not sure we’re going to be able to see the pause that a few Fed members have pointed to, and certainly a few market participants have kind of been.”

Better-than-expected results so far pushed expectations for third-quarter earnings growth for S&P 500 companies to 3.1% from a 2.8% rise earlier in the week, but still well below the 11.1% rise forecast in the beginning of July.

Stocks have been under pressure this year as concerns about the impact of the Fed’s aggressive rate hike path on corporate earnings and the overall economy have grown as the central bank tries to curb stubbornly high inflation.

The US central bank is widely expected to announce a fourth straight increase of 75 basis points at its November meeting, with an outside chance of a full percentage point increase.

Volume on US exchanges was 11.37 billion shares, compared to the 11.62 billion average for the full session over the past 20 trading days.

Declining issues outnumbered advancing ones on the NYSE by a ratio of 2.12 to 1; on the Nasdaq a 1.34 to 1 ratio favored decliners.