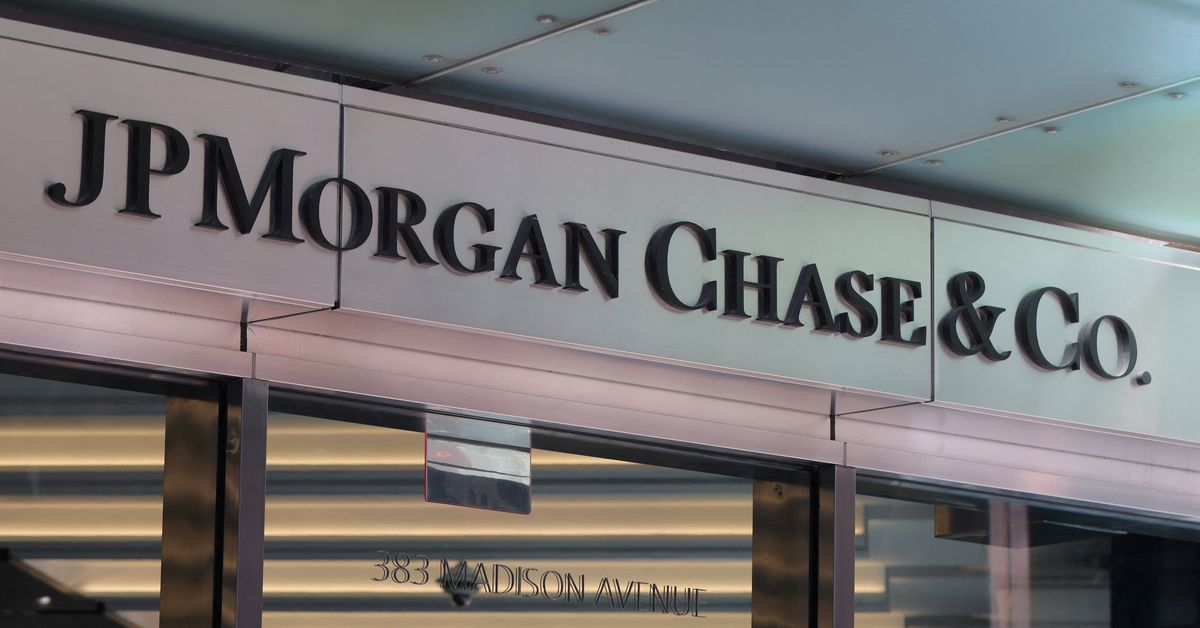 Oct 14 (Reuters) – Profits fell at Wall Street’s biggest banks in the third quarter as they braced for a weaker economy while investment banking was hit hard, but investors saw a silver lining with some banks beating estimates.

“We’re in an environment where it’s a little weird,” said JPMorgan Chief Executive Jamie Dimon, who said that while the bank “hopes for the best, we’re always vigilant and prepared for bad outcomes.”

Central banks globally have been battling rising inflation that is expected to cause an economic slowdown. The Federal Reserve has raised its benchmark interest rate from near zero in March to the current range of 3.00% to 3.25% and signaled more hikes.

Rising interest rates tend to boost the bank’s profits, but the broader risk of an economic downturn triggered by high inflation, supply chain bottlenecks and the war in Ukraine could weigh on future earnings.

On a conference call, Dimon said U.S. consumers remained strong and he did not predict a recession, but “there are a lot of headwinds out there.”

Money that people have in their checking accounts will “probably be depleted by the middle of next year” as they struggle with headwinds such as inflation, higher interest rates and higher mortgage rates, he warned.

Banks are setting aside more money in preparation for a hit from a potential economic downturn. JPMorgan set aside $808 million in reserves, Citi added $370 million to reserves and Wells had a $385 million increase in its allowance for credit losses.

Still, shares of JPMorgan and Wells Fargo rose strongly, up 2.5% and 3.7% respectively, while Citi rose 1.2% as the fall in profit was not as deep as feared.

JPM also said it hopes to resume share buybacks early next year, although other banks were less bullish with Citi saying buybacks remain on hold and Wells Fargo saying it remains cautious about buybacks.

“JPMorgan delivered a solid set of results, top to bottom,” Susan Roth Katzke, an analyst at Credit Suisse, wrote in a note. “At least as important is the evidence of preparedness to weather whatever turn the macro takes; expect the latter to be in focus.”

JPMorgan reported a 17% drop in third-quarter profit to $9.74 billion, although it was less than had been feared. Wells Fargo was down 31% to $3.53 billion, but it also beat expectations. And Citi reported a 25% drop to $3.5 billion, also beating expectations.

“Most of these banks are earning more spread income now than ever because of the change in interest rates,” said Chris Marinac, director of research at Janney Montgomery Scott. “And this was the first quarter where you had the full effect of the Fed, because the Fed increased a little bit in May.”

Marinac said investors would want banks to build reserves at this point in the economic cycle.

“They are preparing for a hard landing, because they are building the reserves,” Marinac said. “But that’s not necessarily a bad thing.”

While a number of the banks managed to beat expectations, Morgan Stanley reported a 30% drop in profit to $2.49 billion that missed estimates. The shares fell 5 percent.

James Gorman, chairman and chief executive of Morgan Stanley, said the firm’s performance was “tense and balanced in an uncertain and difficult environment.”

Companies’ interest in mergers, acquisitions and IPOs dried up, particularly affecting banks that were strong in investment banking. Global M&A lost ground in the third quarter with volumes in the US plunging nearly 63% as the rising cost of debt forced companies to delay major acquisitions.

While banks were optimistic that they could weather the likely tougher economy ahead, some observers were concerned about the long-term prospects for growth.

“Next quarter and beyond, credit risk, loan growth and deposit balances will be key areas to monitor in the banking industry,” Torrente said.