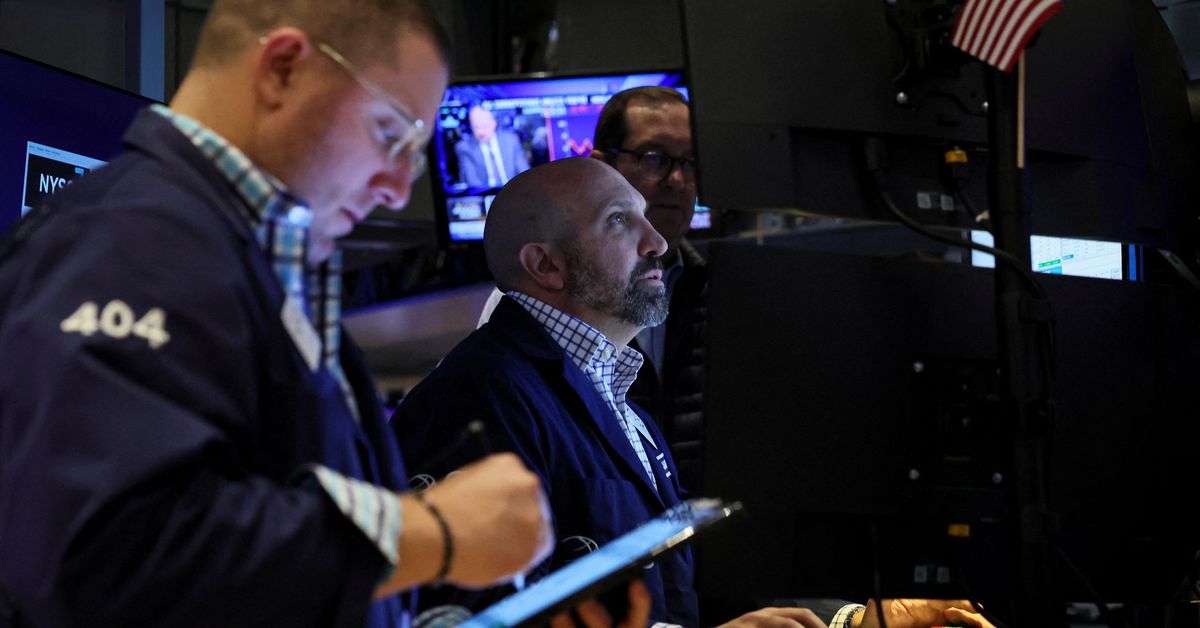 “The main driver for the market right now is higher interest rates, higher inflation, and the Fed is going to continue to move its fed funds targets higher,” said Anthony Saglimbene, chief market strategist at Ameriprise Financial in Troy, Michigan.

“The narrative that we’ve seen peak inflation isn’t clear yet, and that’s depressing the market.”

Fed officials have been largely in sync when commenting on the need to raise interest rates, and St. Louis Fed President James Bullard said in a Reuters interview that the recent CPI data warrants continued “frontloading” through larger steps in three quarters percentage points, although this does not necessarily mean that interest rates must be raised above the central bank’s latest estimate.

“The message I got from them is that things are looking pretty good from an economic perspective despite the challenges, but they increased the loan loss reserves just in anticipation that you’re going to see some more decline,” said Brian Jacobsen, senior investment strategist at Allspring Global Investments in Menomonee Falls, Wisconsin.

UnitedHealth rose 0.63% as one of only three Dow components to rise on the day after the health insurer posted better-than-expected quarterly results while raising its annual forecast.

Analysts now expect third-quarter profits for S&P 500 companies to have risen just 3.6% from a year ago, much lower than an 11.1% increase expected in early July, according to Refinitiv data.

Tesla Inc ( TSLA.O ) fell 7.55% after media reports that the electric car maker has put plans to start battery cell production at its factory outside Berlin on hold due to technical problems.

Volume on US exchanges was 10.88 billion shares, compared to the 11.48 billion average for the full session over the past 20 trading days.

Falling issues outnumbered advancing ones on the NYSE by a ratio of 4.20 to 1; on the Nasdaq a 2.87 to 1 ratio favored decliners.