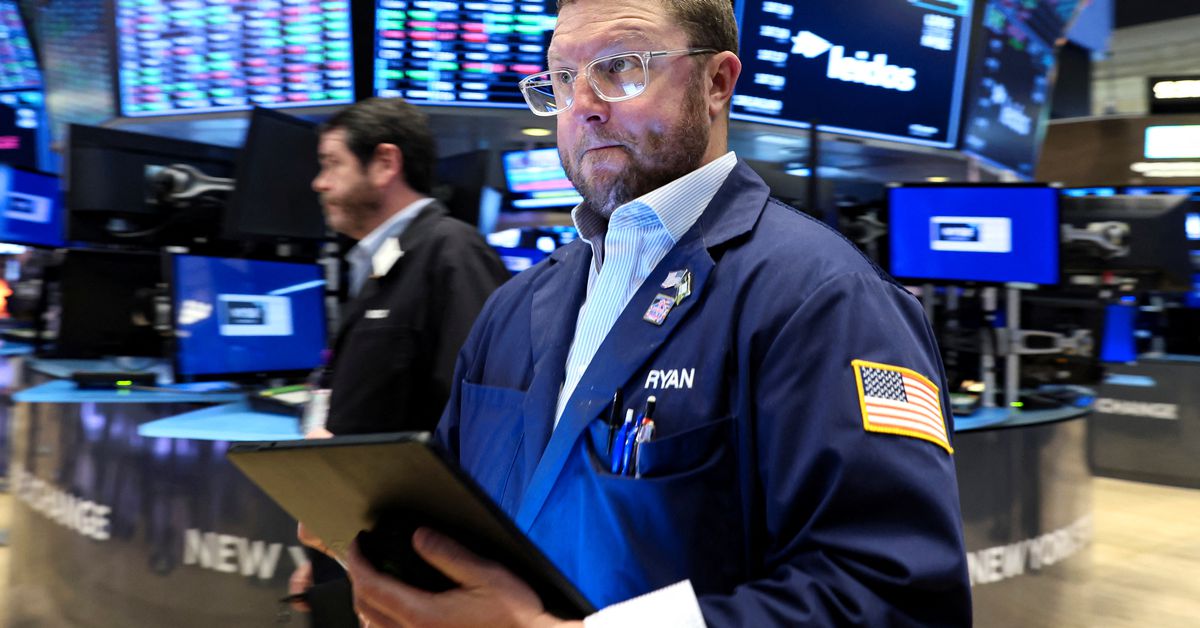 NEW YORK, April 1 (Reuters) – US stocks rose modestly to kick off the second quarter on Friday, as the monthly jobs report indicated a strong labor market and is likely to keep the Federal Reserve on track to maintain its hawkish policy stance.

The Labor Department’s employment report showed a rapid hiring pace by employers while wages continued to climb, although not enough to keep pace with inflation. read more

US employers added 431,000 jobs in March, which was shy of the 490,000 estimate but still showed strong job gains. The unemployment rate dropped to 3.6%, a new two-year low while average hourly earnings rose 5.6% on a year-over-year basis. read more

The report heightened expectations that the central bank is likely to become more aggressive in raising interest rates as it seeks to curb inflation as it unwinds its easy monetary policy. read more

“If other data between now and the next Fed meeting stay this rosy the Fed will likely feel comfortable hiking by 50 basis points and announcing an aggressive rundown of its balance sheet.”

Expectations for a 50-basis point interest rate hike at the central bank’s May meeting stand at 71.1%, according to CME’s FedWatch Tool. At its March meeting, the Fed raised rates by 25 basis 25 basis points, its first hike since 2018, and a host of central bank policymakers have indicated they are prepared for bigger rate hikes.

Chicago Federal Reserve President Charles Evans said on Friday he does not see a big risk in using “some” half-point rate hikes to bring borrowing costs to neutral sooner as long as the objective was not to raise rates much faster and push them higher.

Other data on Friday showed US manufacturing activity unexpectedly slowed in March, although it remained firmly in expansion territory, as tight supply chains continued to put upward pressure on input prices. read more

In the wake of the payrolls report, US Treasury yields jumped and a closely watched part of the yield curve between two-year and 10-year notes, seen by many as a reliable indicator of a recession, inverted for the third time this week.

The S&P 500 closed out the first quarter on Thursday with its biggest quarterly decline since the COVID-19 pandemic in the US was reaching full swing on concerns about rising prices, fueled further by the war in Ukraine, and the Fed’s response could slow economic growth . However, stocks rebounded somewhat in March, as the benchmark index gained 3.6%.

Apple Inc (AAPL.O) fell 0.78% after JP Morgan removed the stock from its analyst “focus list” along with Qualcomm (QCOM.O), which slumped 5.12%. read more

Advancing issues outnumbered declining ones on the NYSE by a 1.46-to-1 ratio; on Nasdaq, a 1.27-to-1 ratio favored advancers.