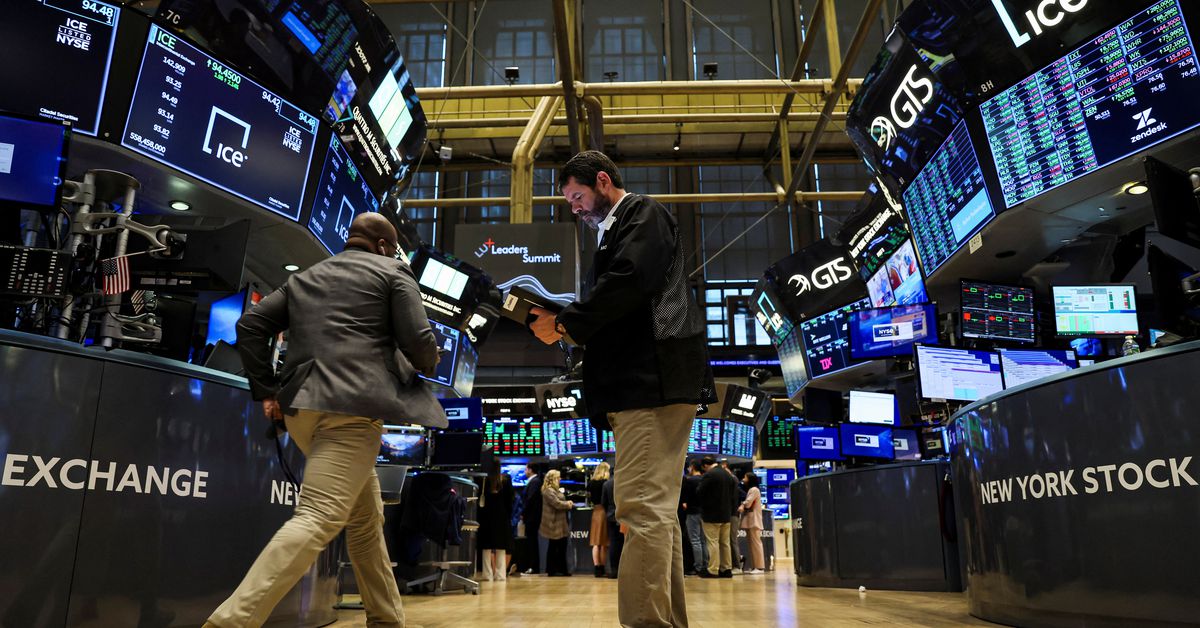 After the Federal Reserve’s statement on Wednesday, comments by Fed Chairman Jerome Powell that it was “very premature” to think about pausing interest rate hikes sent stocks lower as U.S. bond yields and the U.S. dollar rose, a pattern that extended into Thursday.

Economic data on Thursday showed a labor market that continues to remain strong, although a separate report showed that growth in the services sector slowed in October, keeping the Fed on its aggressive rate-hike path.

“Years ago, the Fed’s job was to take away the punch bowl, and that balance is always a very difficult transition, you want the economy to slow down to prevent inflation from spiraling out of control, but you want enough earnings to support stock prices, ” said Rick Meckler, partner at Cherry Lane Investments in New Vernon, New Jersey.

While traders are about evenly split between the odds of a rate hike of 50 basis points and 75 basis points in December, the top Fed Funds rate is seen rising to at least 5%, compared with an earlier view of a hike to 4.50%-4.75 % area.

Investors will be closely watching the nonfarm payrolls report due on Friday for signs that the Fed’s rate hikes are starting to have a noticeable impact on slowing the economy.

The rise in yields weighed on megacap growth companies such as Apple Inc ( AAPL.O ), down 4.24%, and Alphabet Inc ( GOOGL.O ), which lost 4.07% and dragged down technology (.SPLRCT) and communications services (.SPLRCL ) sectors as the worst performers of the session.

Losses were muted on the Dow thanks to gains in industrials including Boeing Co ( BA.N ), which rose 6.34%, and a 2.20% rise in heavy equipment maker Caterpillar Inc ( CAT.N ).

With about 80% of S&P 500 companies reporting earnings, the expected growth rate is 4.7%, according to Refinitiv data, up slightly from 4.5% in early October.

Volume on US exchanges was 11.81 billion shares, compared to the 11.63 billion average for the full session over the past 20 trading days.

Falling issues outnumbered advancing ones on the NYSE by a ratio of 1.75 to 1; on the Nasdaq a 1.50 to 1 ratio favored decliners.