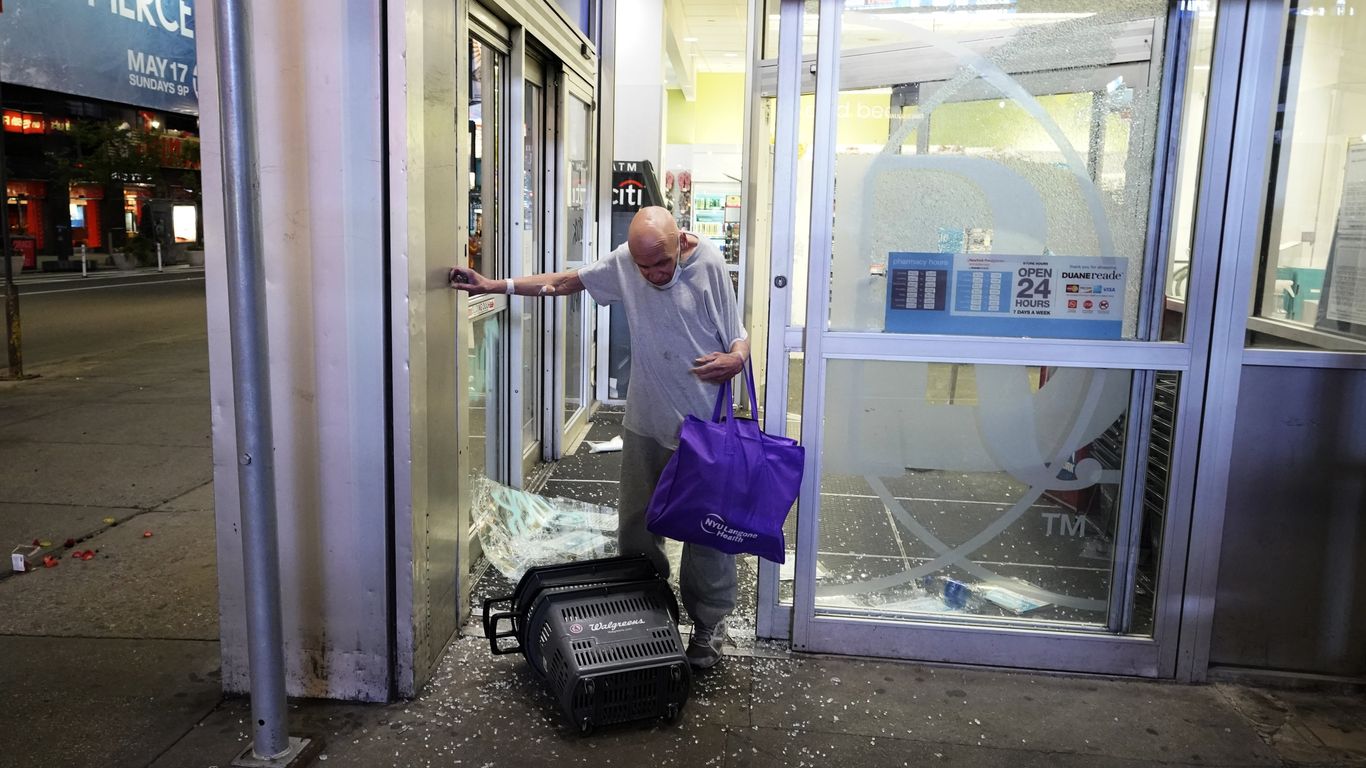 A man walks out of a looted Walgreens in Times Square. Photo: Timothy A. Clary/AFP via Getty Images

A Walgreens executive said Thursday that the company may have been overly concerned about the increase in thefts and the increase in attempted shoplifting last year, CNN reports.

Why it’s important: Shoplifting has become a major crisis across the country, which has led to stores closing their doors and locking up everyday goods, writes Jennifer A. Kingson of Axios.

Driving the news: “Maybe we cried too much last year,” Walgreens Chief Financial Officer James Kehoe said Thursday on an earnings call about the company’s concerns over shoplifting, according to CNN.

The big picture: Shrinkage is a term used to describe the loss of inventory due to theft, fraud, damage and other factors.

Retailers join forces to push for more verification of online sellers to limit the resale of stolen goods.

Yes, but: There are other retailers — such as Walmart and Target — that recently said theft has been a major problem. For example, Target said in November it lost $400 million from shrinkage, and Walmart CEO Doug McMillon said he may have to close stores or raise prices if his company can’t get shrinkage under control.