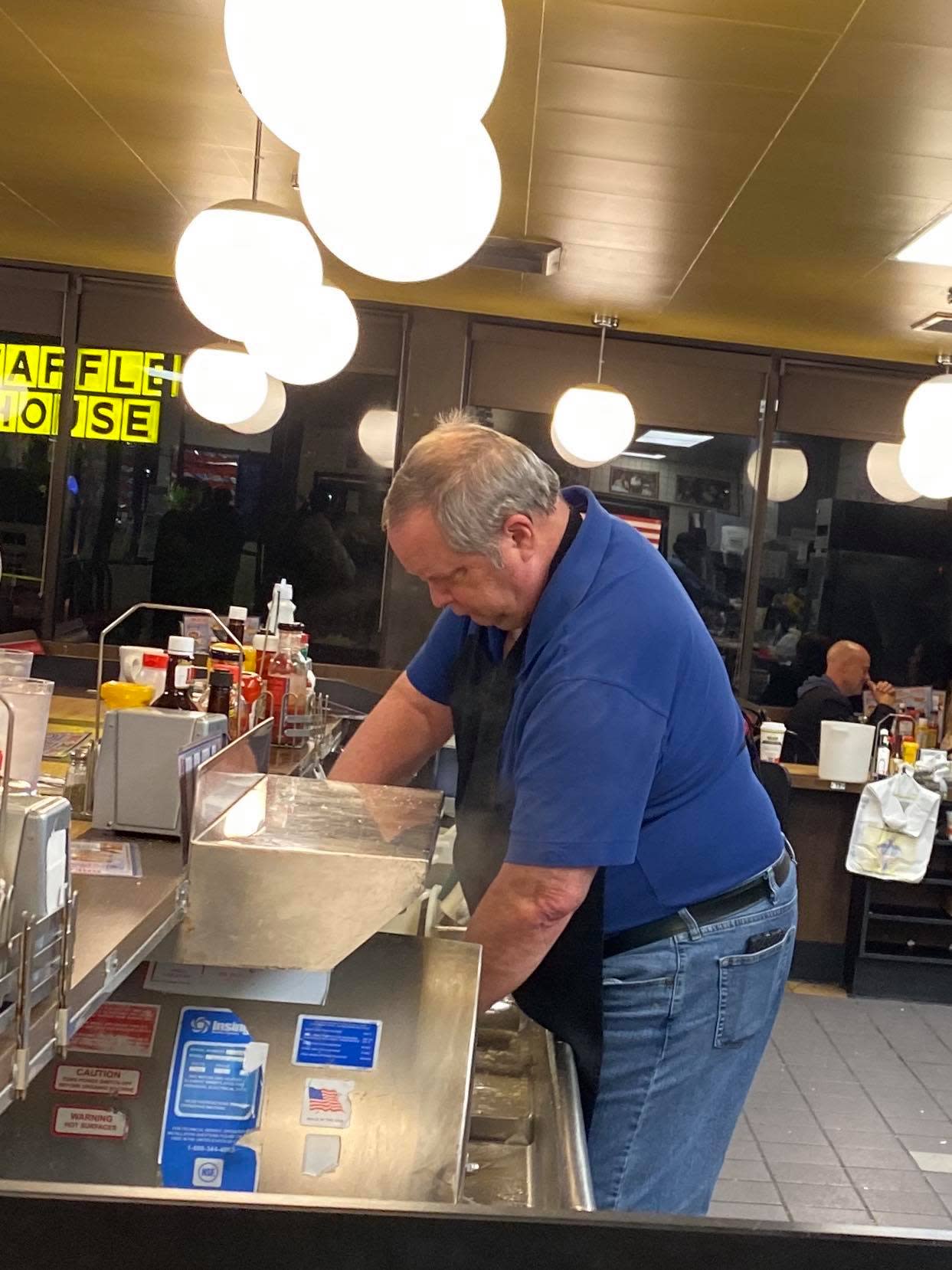 When a Waffle House restaurant was staffed, customers took over late at night, took orders and bused tables.

The unique scene in Birmingham, Alabama was photographed on November 2 by patron Ethan Crispo who had stopped in the restaurant around 12:30 to order breakfast. "It was amazing to witness," Crispo told Yahoo Lifestyle.

The restaurant was busy that night with an estimated 25 customers – and only one employee named Ben, who Crispo said was speechless and overwhelmed. "He just stared at the room full of people. I can't imagine what he was thinking. "

According to Crispo, a man wearing a blue shirt who had been sitting in the bar, talked briefly with Ben and within seconds, was wearing an apron. "He started washing the dishes," Crispo told Yahoo Lifestyle.

While placing the order with Ben, Crispo asked:" Where is your help tonight ? " and Ben replied that his staff had not shown up. He added that the man in the blue shirt was a paying customer.

Ten minutes later, while Ben was cooking in the kitchen, a female customer got up in a strapless dress and a pair of heels and began busing tables and serving orders, making coffee, patiently deciphering the restaurant-style coffee maker. "When the woman came to my table, she said she had been out with friends that night," Crispo says.

A waffle house in Alabama was short staff, so customers rolled up their sleeves and got to work. (Photo: Courtesy of Ethan Crispo)

Pat Warner, director of public relations and external affairs at Waffle House, tells Yahoo Lifestyle, "We had two employees planned to leave, but due to a communication mix, their relief did not show up immediately. Some customers came behind the counter to help the affiliate, who cooked and served the food. The customers bused tables, and one put on an apron and washed the dishes. He did a great job. We would like him to fill out an application and possibly officially join our team. "

Warner added," We appreciate customer efforts, but we prefer to have our colleagues behind the counter. Our concept works best when we serve the customer, not the other way around. "

Crispo says the helpful customers were in a good mood, singing and humming as they worked their way around the restaurant. "It was a real sense of community," he explains.

And when Crispo asked Ben why he didn't jump ship when he was stranded, Ben replied, "That's not right."