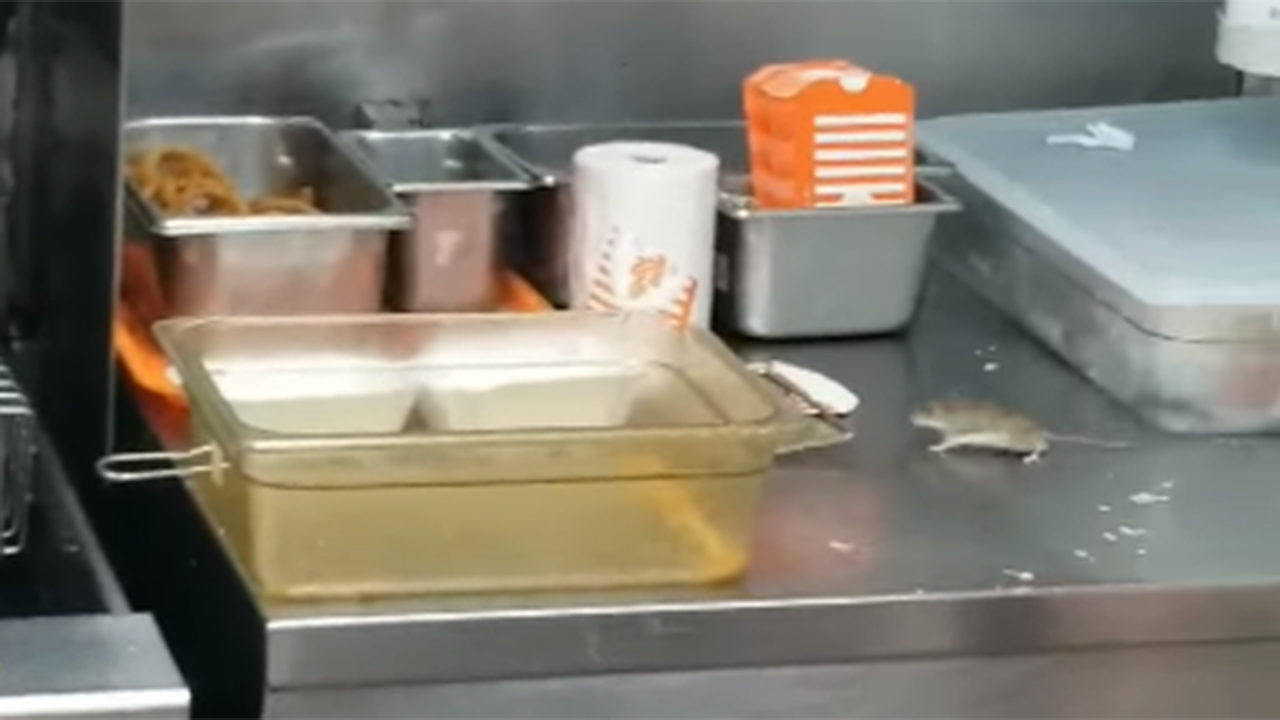 A Whataburger customer captured a crazy scene on camera in a video posted on YouTube Saturday night: a small rodent that appears to be a mouse strolling around a Whataburger restaurant in Bastrop, Texas.

The video begins by showing the animal near the fryer and then running behind some fry boxes. Diners comment – some in graphic language – as the animal continues to run around the fryer.

A woman who appears to be a Whataburger employee offers customers a refund for the food with a receipt.

The video pans back to the animal which continues to run open on prep counters.

"Man, that rat is chillin bro," a man's voice says in the video.

A woman and a man walk behind the counter and appear to be trying to catch the animal, but it eventually lands in the fryer.

The man behind the counter holds his neck as he looks into the deep fryer.

An employee is heard saying that she does not know how to turn off the fryer.

"Who else needs a refund?" a voice is heard saying.

"I've seen everything," the narrator said as he pans back to the food. "No sir, I need my money. The food is here, and this is the receipt."

KPRC 2 has contacted Whataburger for a statement, and the company said they are looking into it, but have not yet issued a formal statement.

Watch the full video of the incident here.

This shit is crazy, I'm on the whataburger in Bastrop Tx. It's a damn rat just out in the open! But it was fried! SMDH
Posted by Brushawn Lewis on Saturday, August 31, 2019