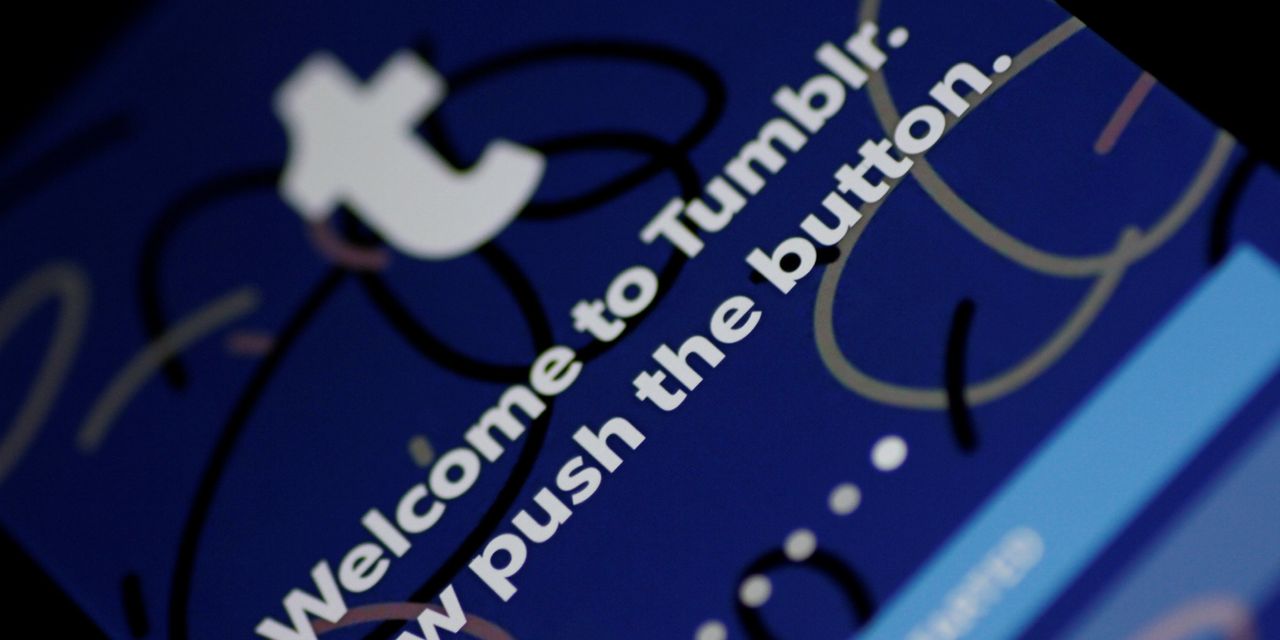 has agreed to sell its blog site Tumblr to the owner of the popular online publishing tool WordPress, and unloaded for a nominal amount a site that once fetched a purchase price of more than $ 1 billion.

Automattic Inc. will buy Tumblr for an undisclosed sum and take on around 200 employees, the companies said. Tumblr is a free service hosted by millions of blogs where users can upload photos, music and art, but it has become dwarfed by

Verizon became Tumblr's owner through the carrier's acquisition of 201

as part of a bid to build a digital media and advertising business. The wireless carrier began seeking a buyer for Tumblr earlier this year, The Wall Street Journal reported.

It discussed a potential transaction with a handful of parties, said people familiar with the matter. The sale price is not significant to Verizon, said one of the people.

Verizon is rebuilding the media group that struggled to meet revenue targets in recent years. The business, home to heritage Yahoo and AOL, web properties such as HuffPost, TechCrunch, feminist media brand, Makers and celebrity interview site Build, is increasingly focusing on subscription and original content.

The Tumblr acquisition is the largest ever price and head count for Automattic, said the company's CEO Matt Mullenweg in an interview. The San Francisco company has a host of brands focused on online publishing, including the longform website Longreads, the comment filtering service Akismet, and the avatar-managing service Gravatar.

Yahoo had paid around $ 1.1 billion for Tumblr in 2013 when it was one of several fast-growing Internet startups. Tumblr failed to generate meaningful revenue for Yahoo, asking the company to write down the site's value by $ 230 million in 2016.

A decision last year by Verizon to ban adult content on Tumblr alienated some users.

Mr. Mullenweg said his company intends to uphold the existing policy prohibiting adult content. He said he has long been a Tumblr user and sees the site as a supplement to WordPress.com. "It's just fun," he said of Tumblr. "We're not going to change any of that."

Tumblr has a strong mobile interface and dashboard where users follow other blogs, he said. Managers will look for ways WordPress.com and Tumblr can share services and functionality.

Verizon Media Group revenue, formerly called Oath, was $ 1.8 billion in the second quarter, down 2.9% from a year earlier. The company said during its quarterly conversation with analysts that it remains focused on news, finance, sports, entertainment and postal products in the media industry, including new HuffPost and Yahoo financial subscription services.

Last year, Verizon booked a $ 4.5 billion accounting sum related to the device, and it has struggled with declining revenue from desktop ads and a digital advertising market dominated by behemoths like

—Benjamin Mullin contributed to this article.

Write to Sarah Krouse at sarah.krouse@wsj.com