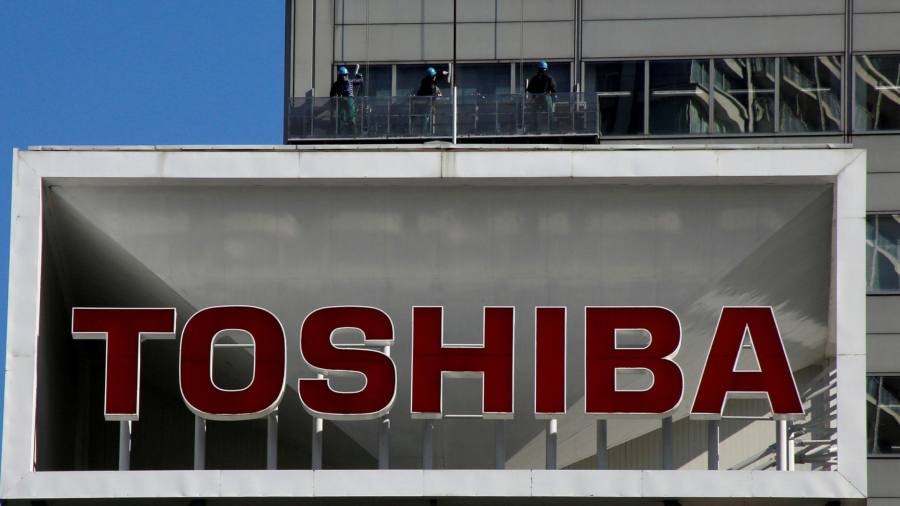 A clash between Toshiba and a secretive Singapore-based activist fund is in the process of creating the first test case of Japan's highly controversial new national security law on foreign investment.

The row was triggered when the Effissimo Fund, Toshiba's largest shareholder with a 15 percent stake, submitted a proposal that would have put the founder on the board of the 145-year-old Japanese industrial giant.

Last month, Toshiba rejected the proposal to add Effissimo's founder and two other non-executive board members to the board. The plan, which Effissimo said was designed to strengthen compliance, follows recent financial irregularities with one of Toshiba's second-largest subsidiaries.

The highly public clash with its largest shareholder has erupted at an important time for Toshiba, as it tries to draw a line during an accounting scandal in 201

5 and a financial crisis that almost brought it down.

Under Japan's recently revised Foreign Exchange and Foreign Trade Act (Fefta), which went into effect last month, Effissimo's proposal could intervene if the transition to shake up the board was considered a threat to Japan's national security.

Toshiba, which operates in the nuclear industry, appeared with 557 other companies designated by the government in May as the highest category of national security-related activity.

Although the government has emphasized that the Fefta regime is not designed to deter or restrict financial investors, foreign fund managers have expressed concern that the law could be used to hobble activism and have been waiting for a trial to know where the lines can be drawn.

In an unusual move for Effissimo, whose strategy often involves taking very large shares in Japanese blue chip companies, it has partnered with Tadashi Kunihiro, a prominent lawyer with experience in uncovering the country's corporate scandals.

"I agreed with Effissimo that there is still a question with Toshiba's corporate culture, and similar scandals may emerge in the future as it lacks crisis mentality," said Kunihiro, who suggested the other two directors on Effissimo's slate.

Effissimo's investments have often caused shock waves in corporate Japan and raised eyebrows in the government, run by former colleagues of Japan's best-known activist, Yoshiaki Murakami, who was convicted of insider trading in the mid-2000s.

A Japanese official said the dispute was to be resolved between Toshiba and its shareholders through dialogue, but declined to comment on how the new Fefta Act would be applied in this situation.

As part of its 2015 accounting fraud lawsuit, Toshiba downgraded to the second part of the Tokyo Stock Exchange in 2017 and was told it would have to wait at least five years before it could return. a series of structural changes in the TSE itself that Toshiba can now apply for an early return to the more prestigious first section.

A three-month investigation commissioned by Toshiba about the recent irregularities in its subsidiary, Toshiba IT-Services Corporation (TSC), concluded that employees at the unit were unaware that transactions that inflated revenues were false.

Kunihiro said that Toshiba's investigation did not go far enough to identify the causes of fraudulent transactions. "It almost seems as if Toshiba doesn't want to make this a bigger issue when it tries to go back to TSE's first section."

Toshiba has said that it is taking the matter seriously and that it will set up a new compliance consultative meeting to improve its ability to detect potential abuse.

Yoshimitsu Kobayashi, Toshiba's Chairman of the Board, said last month that the board had "no intention of clashing with our shareholders." Toshiba proposes replacing a non-executive board member and the competing slate will be voted on at the group's annual meeting at the end of July.

Toshiba has also previously stated that it has an "extremely progressive" and balanced board of directors, with 10 of the 12 board members coming out of the group.

US coronavirus: January has been the deadliest month for Covid-19, with nearly 80,000 lives lost so far in the US