Remarkable and quoted: Pence and the electoral vote 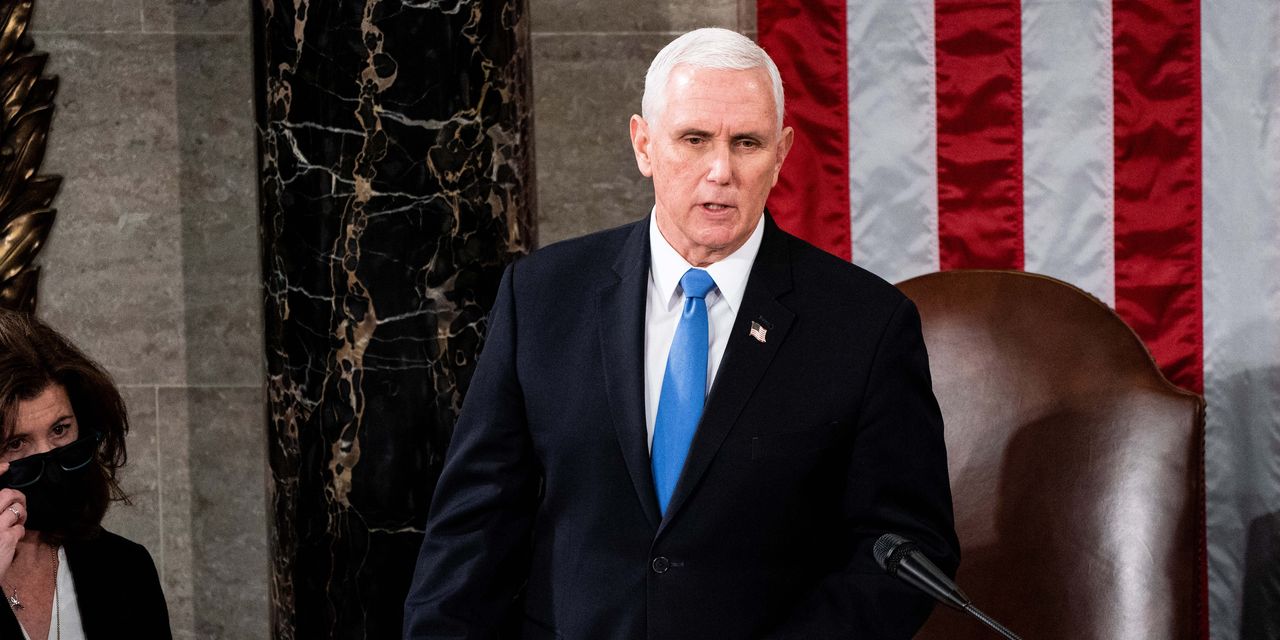 A January 6 letter from Vice President Mike Pence to members of Congress:

Today, for the 59th time in our country's history, Congress will convene in a joint session to count the votes of the President of the United States. Under our Constitution, it will be my duty as Vice President and as President of the Senate to serve as Presiding Officer.

After an election with significant allegations of irregularities in voting and many instances of government officials resigning, I share the concerns of millions of Americans about the integrity of this election. The American people elect the American president, and have every right under the law to demand free and fair elections and a complete investigation of election offenses. As President, I will do my part to ensure that these concerns are heard fairly and openly in the United States Congress. Objections will be heard, evidence will be presented, and the elected representatives of the American people will make their decision.

Our founders established the Electoral College in 1

787, and it first came together in 1789. With the advent of political parties, the Electoral College was changed in 1804 to allow voters to vote separately for president and vice president. After a controversial election in 1876, with widespread allegations of fraud and misunderstanding, Congress spent a decade establishing rules and procedures to govern the counting of ballots and the resolution of any objections.

During the 130 years since the enactment law was passed, Congress has invariably used these formal procedures to count the votes every four years.