Provides infrastructure and services in times of crisis 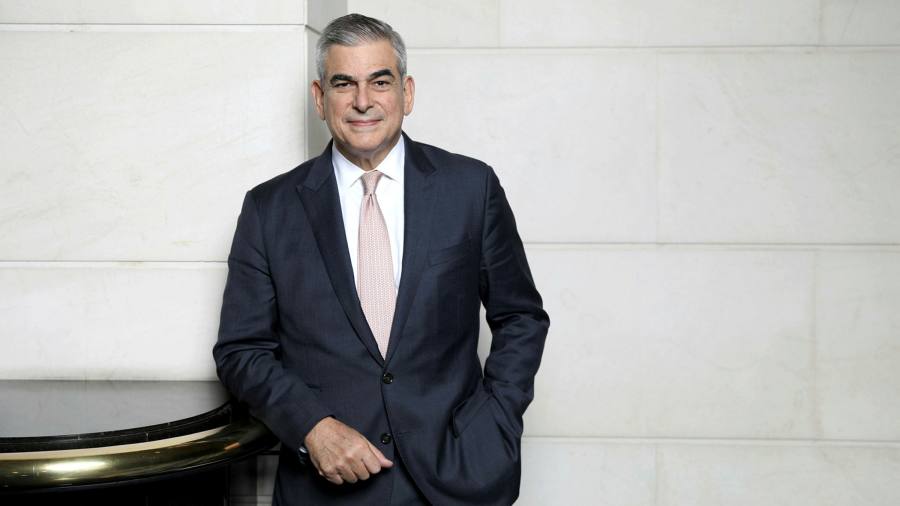 When the president imposed one of Asia's most severe drawbacks to Metro Manila, the police erected roadblocks, imposed harsh penalties for criminals against curfews and prevented millions of day laborers from reaching work. Food security concerns in megacity increased late in the month after a demonstration of hungry people in a slum ended with violence.

While the government was crawling to march its resources to fight the pandemic, leaders at Ayala, the family-controlled conglomerate, were already working on their own coronavirus response.

, and his younger brother Fernando, CEO of the Group's land division, began their idea idea at a meeting of the Group's operating companies, which includes real estate, construction, water, the country's second largest telecom company – Globe – and Bank of the Philippine Islands.

One of their initial conclusions was that government preparedness, including stimulus money needed to help businesses and individuals survive, would take time to get through Congress.

Since March, the Group, with its own calculations, has stepped up Covid-19 response measures worth $ 9 billion ($ 181 million) in emergency food and medical aid and loans, billing and rent deferral or forgiveness for its customers and suppliers.

"This is a time when we all have to work hand in hand with others to preserve the ecosystem we are in," says Ayala. "All of us have to hold hands, suffer a little together to get us back together."

Ayala is one of many global companies that have come up with coronavirus CSR packages and announced them with greater or lesser amounts of fanfare, credibility and self-service enterprise spin.

What is striking about Ayala's response is that it won one of Southeast Asia's toughest and most feared politicians. Before the pandemic followed, Ayala was in trouble with the administration due to a protracted, politically charged dispute over the water company in Manila. In December, Duterte attacked family owners and Manuel Pangilinan, CEO of another family conglomerate and water licensor First Pacific, calling them "the son of a bitch" and threatening to "ruin your face" in a profit that hit the company's stock prices and sent a chill through Filipino big business.

Ayala's response to the virus seems to have proven a game changer. In an uncharacteristically conciliatory and sincere moment in May, Duterte apologized to both Ayala (he specified the company but did not say which brother) and Mr. Pangilinan for their "hurting words" and thanked them for helping fight coronavirus.

Ayala's CEO confirms that he and his brother wrote to Duterte to thank him for their words while refusing to comment on the water dispute. "It was a good moment to start closing that chapter," he says now. "Of course it was warmly received and appreciated from our side."

He says that when the crisis hit "we were there from day one, no matter what was said or what feelings – that's how we work."

How the Philippines' oldest conglomerate went from deep political hot water to the receiving end of a rare Duterte apology is a story that speaks richly about the complex symbiosis between government and business in the country.

Ayala, like other Filipino family businesses, has a long history of responding to government requests for help, which are frequently given the country's regular disasters, such as typhoons, earthquakes and volcanic eruptions – such as the one in January at Taal. Philippine governments, past and present, are limited in their financial resources and rely on large private groups to provide basic infrastructure and services in public-private partnerships.

According to Ayala, the company began developing the response to Covid-19 before receiving a request for help.

At their meeting in early March, the leaders of the group discussed ways to help Manila's legions of day workers, including the roughly 75,000 construction workers Ayala uses on projects. "How are they going to deal with something like that when we have a big lockdown?" Ayala's CEO remembers thinking.

Prompted by Fernando, the Ayala brothers began calling other businessmen to put together an emergency food distribution program, using vouchers instead of handouts to preserve recipients' dignity and distribute them through Roman Catholic churches to secure that they targeted the urban poor who needed it most. About 20 companies, including San Miguel, the brewing group, Jollibee, the fast-food chain, and Aboitiz, a diversified holding group, joined the peso effort of $ 1.5 billion.

Ayala's focus then turned to its employees, and the large network of medium and small companies that surround the group, from material suppliers to tenants. Ayala announced the bulk of its emergency response operation: "business operations waived," which included short-term rent forgiveness for tenants, and installment periods for Globe customers 'phone bills and BPI customers' loans.

Ayala also encouraged its employees to throw themselves out of relief efforts by sacrificing part of their bonuses in the first quarter. "All of this happened before a government initiative or government commitment," Ayala says. "It was an instinct we had."

In mid-March, the government's Covid-19 working group turned to Ayala for help converting an exhibition center into a 502-bed pandemic facility, which it completed in a week. "The entire construction team was out of work, and they were happy to do it to get out of the house and do something."

Ayala also built for the Philippine Red Cross a coronavirus test center with the capacity to conduct 3000 tests a day, which has allowed authorities to increase screening for the virus and keep a closer look at the spread.

While family CEOs like Ayala talk about social obligations, political analysts point to a symbiosis between the country's excessive – and sometimes flawed or corrupt – governments, on the one hand, and effective private groups that provide normal infrastructure or services for profit. times, and emergency help when needed.

Aries Arugay, associate professor of political science at the University of the Philippines, believes the country's family billionaires have been "altruistic" by stepping up with help during the pandemic. However, he also believes they "secure their bets" if the political camp Mr Duterte represents expands the board's grip after leaving office in 2022 and family groups must "fight for services against Duterte-backed oligarchs".

So far, Ayala's focus – and the government's – is right on the pandemic, which shows no signs of diminishing after more than 38,000 cases to date and nearly 1,300 deaths. The Philippine government and the central bank have really found their footing – with the help of big business now focusing on getting back into work.

If you were not the CEO, what would you be?

An interviewer / journalist like David Rubenstein. I like his style; I like the people he picks. He is so good at getting details. I'd love to do that.

Who is your leader hero?

Angela Merkel. She became aware of me when she opened the door to refugees. I like her humanitarian instincts, science-based approaches and strong discipline with the German economy.

What was the first lesson you learned?

My involvement in telecommunications for Ayala was the toughest. I learned about the power of partnership, building a leadership team and executing according to plan and resilience – we needed to get the plan through Congress.

A nation at the forefront of this week's transfer of power