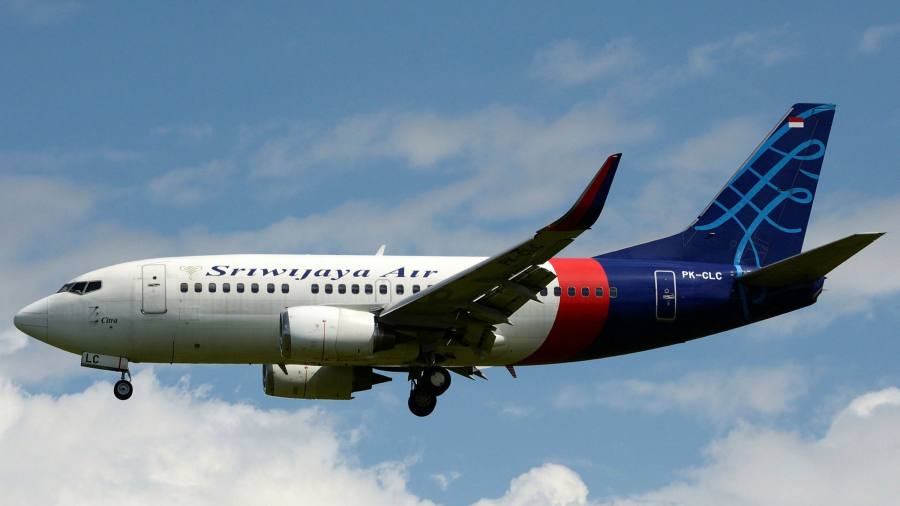 Indonesia has launched a search operation after a 737-500 passenger jet operated by the Indonesian airline Sriwijaya Air lost contact shortly after takeoff from Jakarta.

Flightradar24, which tracks live air traffic around the world, shows that the nearly 30-year-old plane reached an altitude of 10,900 feet before appearing to make a sharp turn and then plunging to 250 feet where contact lost.

The plane was on its way to Pontianak, the capital of Indonesia's western Kalimantan province.

Indonesian authorities confirmed that the aircraft had lost contact and said fragments had been found, although they could not confirm whether they were from aircraft SJ1

82. The search would begin Sunday morning when visibility was better, they said.

Kompas TV, an Indonesian broadcaster, showed live footage of local fishermen holding up wiring found in the waters north. of Jakarta. The fishermen had heard two explosions, said the broadcaster on the website. Reports said the plane had 50 passengers.

The missing aircraft is a much older model than the 737 Max, which was involved in two fatal accidents in 2018 and 2019. It does not use the same systems identified that contribute to the crashes in which 346 people died.

Boeing said in a statement that they were aware of reports that the plane had crashed. "We are aware of media reports from Jakarta and are closely monitoring the situation. We are working to gather more information, "said the group.

This week, Boeing agreed to pay $ 2.5 billion to solve a criminal charge against misleading federal aviation authorities over the safety of the 737 Max. The 737 Max was certified for commercial flight in recent weeks after significant software changes.