Human Rights Watch calls for an independent investigation into the blast 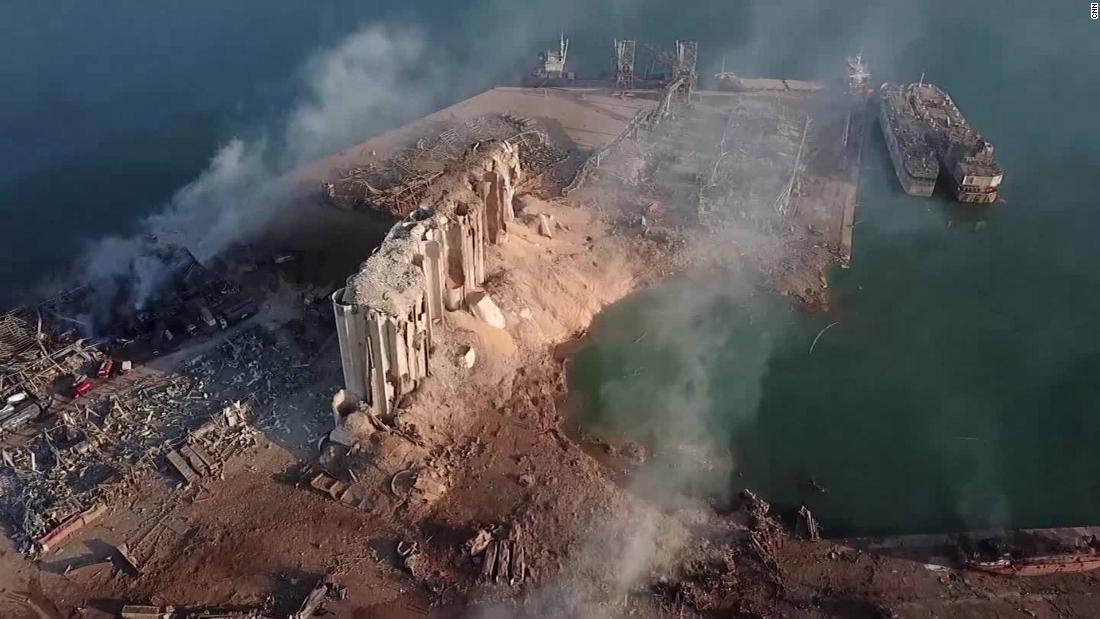 The happy couple were to celebrate their marriage.

Dr. Israa Seblani and Ahmad Sbeih were on the streets of Beirut on Tuesday, with Seblani posing for photos in a dramatic white wedding dress. It was a day like any other in the city's Saifi Village, she said, with people out shopping and serving at restaurants.

Then suddenly there was a loud noise. Seconds later, a drumbeat exploded behind her.

The terrible sound was the huge explosion that shook the Lebanese capital, leaving at least 135 dead and 5,000 wounded. Mahmoud Nakib, the couple's wedding photographer, captured the moment it all went down.

"We filmed an outdoor photo shoot for (Seblani) and (Sbeih), then we heard an explosion," Nakib told CNN. "It was the first explosion, we thought it was far away, we continued to film normally."

But that soon changed. "In just one second, the sky turned black and we heard the second explosion," Nakib said.

As the explosion raged, an intense gust of wind created by the shock wave roared through the square, the video showed.

"The area I was in – in seconds – it went from beautiful place to ghost town filled with dust, broken glass and people screaming [and] bleeding," Seblani told CNN. "It was like a nightmare scene."

Read more about their story and see the recordings here:

Tax Strategies to Embrace, or Avoid, Before the November Election