Finland voted for the youngest prime minister in the world 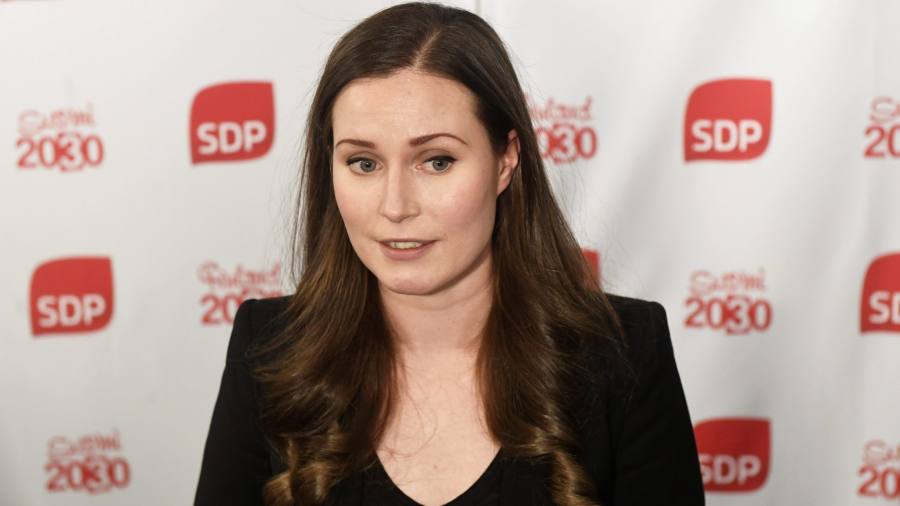 Finland will get the youngest prime minister in the world this week after the Social Democrats elected 34-year-old Sanna Marin to head the left-wing coalition government.

Marin, currently Minister of Transport, will become the youngest prime minister in Finnish history when she is approved by parliament later this week. The other four parties in the coalition government are all headed by women, with three of them in their thirties, a record for Finland.

Marin takes over for Antti Rinne, who only lasted six months as prime minister before resigning last Wednesday because of a coalition change over his handling of a postal strike.

The other four parties in the coalition have promised to continue in government under the new prime minister, but Marin is facing a fight to smooth the ruffled feathers and persuade voters who increasingly support the right-wing opposition parties.

"There is a lot of work that needs to be done to rebuild trust," Marin said late Sunday night, after being elected by 61

The Social Democrats and other coalition partners hang poorly on the nationalist views in the polls. Finns reached a record score of 24 percent this month, while the most important center-right party, the National Coalition, is 19 percent. The Social Democrats vote 13 percent, ahead of the coalition partners the Center Party of 11 percent, according to the latest poll by broadcaster Yle.

The recent Finnish governments have all struggled with the difficulty of combining the Nordic country's generous welfare state with the fastest aging population in the EU, which puts a strain on the economy. Restive unions also put pressure on wage increases, just as economists worry about a slowdown in economic growth.

Marin, who was raised by a single mother and was the first in the family to attend the university before she became chief of the Tampere City Council for four years, filled in for Rinne earlier this year when the 57-year-old had to take free before the election due to health problems.

“I never thought of my age or gender; I think about the reasons why I went into politics and the things that we have won the trust of voters, says Marin, who also admitted that the government's path would not be "easy".

The other leaders of the coalition government parties are: 32-year-old Katri Kulmuni from the Center; Li Andersson, age 32, for the Left Alliance; 34 year old Maria Ohisalo of the Greens; and Anna-Maja Henriksson, 55, of the Swedish People's Party.