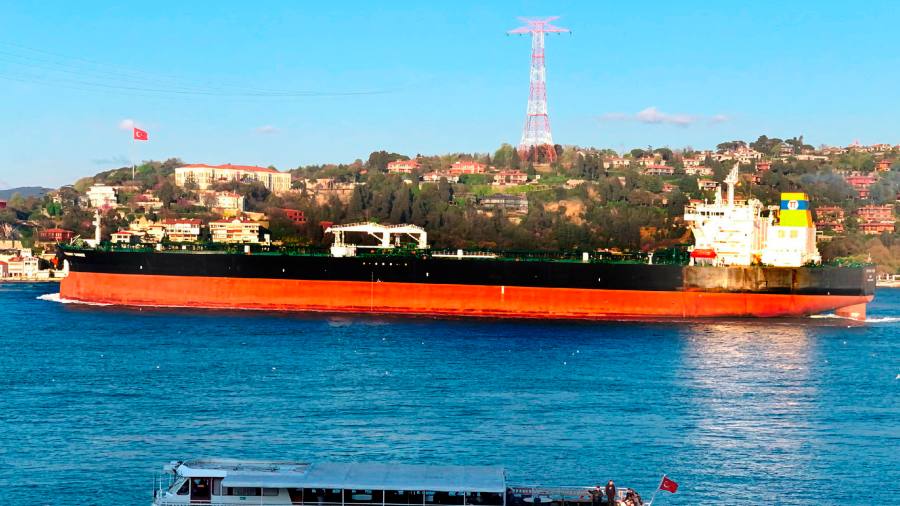 The United States is threatening to impose sanctions on buyers of Russian oil who rely on Western services and do not comply with the price cap proposed by the G7 countries, as the Biden administration vows to strictly enforce the policy once it takes effect.

In guidance issued on Friday, the US Treasury Department said that individuals who make “significant purchases of oil above the price ceiling”, as well as those who provide false information about those purchases, “may be the target of a sanctions enforcement action”[ads1];.

The warning from the Biden administration will apply to buyers of Russian oil around the world who are considering whether to respect the price cap once set by G7 nations and possibly others. Many of them use Western service providers, such as maritime insurance companies, to complete their shipments. They will therefore be subject to the price ceiling.

The Ministry of Finance’s guidance comes a week after the G7 finance ministers agreed to establish the price ceiling after months of discussion. The aim is to limit Russia’s income from the export of crude oil and refined products without triggering a global price increase. The US is not expected to impose sanctions on buyers of Russian oil who do not use Western service providers.

“Our approach to implementation is guided by the principle that Russian oil should continue to reach the global market, provided that buyers and service providers comply with the price cap in good faith,” said Wally Adeyemo, deputy treasury secretary, in a speech at the Brookings Institution on Friday.

The G7 countries have not yet set a price level for the ceiling and are still waiting to see if other governments join the coalition. The US said the level would be agreed by consensus.

Although the US said it could impose sanctions on anyone who fails to comply with the price cap, it also noted that service providers who were misled would not be liable, as long as they complied with strict record-keeping requirements.

Analysts said mention of sanctions would alarm an oil market already reeling from the prospect of a showdown with Russia over oil exports.

Earlier this week, Moscow said it would not reopen the Nord Stream 1 natural gas pipeline to Europe unless sanctions were lifted. US officials have discounted threats to do the same to oil exports, arguing that Russia would be forced to keep selling oil rather than shut down aging fields that could prove costly to restart later.

“Russia can bluster and say they won’t sell below the capped price,” Adeyemo said, “but the economics of holding back oil just doesn’t make sense”.

Traders and oil analysts have been skeptical of the price cap plan, which has not been supported by India and China, Russia’s biggest oil importers.

Bob McNally, a former adviser to US President George W Bush and head of Rapidan Energy Group, said that despite the threat of sanctions, the US government was trying to clear up market confusion about the price cap plan.

“While oil traders are likely to be spooked by the mention of sanctions, my understanding from officials is that they intend to make it easy for importers to impose a cap,” he said.