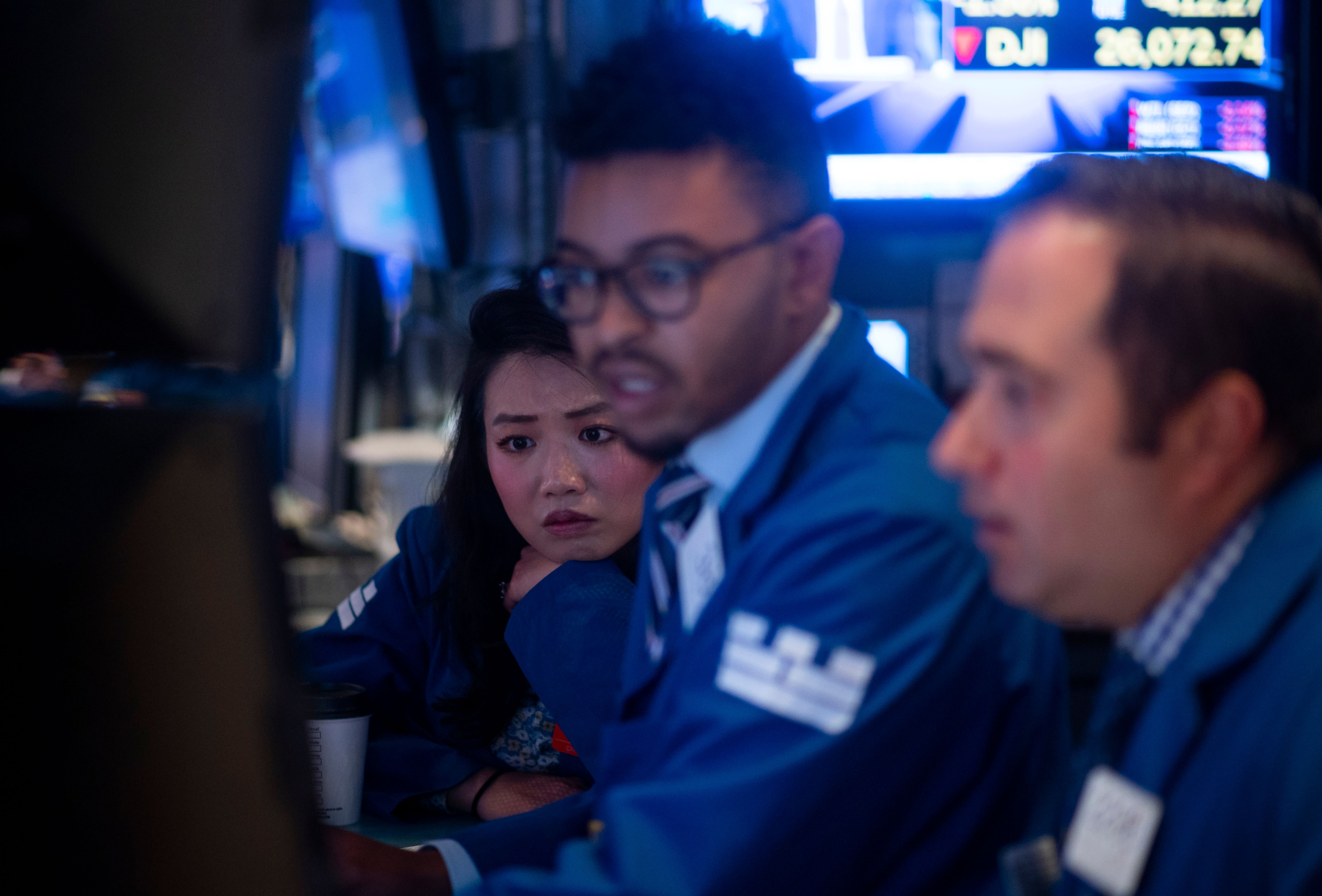 5. August (Reuters) – Wall State's main indices fell sharply on Monday, with the Dow Jones Industrial Average falling above 500 points as China's willingness to slip the yuan in response to the latest US tariff threat fears it could exacerbate an ongoing trade war.

The yuan broke at the key level of $ 7 per dollar for the first time in more than a decade, and President Donald Trump blamed it as "a major breach", sending investors scrambling for security to assets such as government bonds, gold and the Japanese yen . [19659009] Trump stunned the financial markets last week with the threat of agreement to impose 10% tariff on the remaining $ 300 billion in Chinese imports, and abruptly abandon a brief ceasefire.

"There is a bold statement to the US saying that if you want to play, we can also play a different way. It takes all the optimism out of the market for a quick resolution to act (war)."

On Friday, the benchmark portfolio S&P 500 and Nasdaq suffered their worst weekly performance in 2019, in a week that also saw the US central bank cut interest rates for the first time in ten years.

Sales were wide, with all the 11 major S&P sectors in red. The S&P technology sector, heavily exposed by its chip makers and other global technology players to Chinese markets, fell by 3.2%.

Apple Inc slipped 4.1% as analysts warned that the recently proposed tariffs could hurt demand for the flagship iPhone, while the Philadelphia chip index slipped 3.7%. ] The CBOE Volatility Index, a measure of investor anxiety, rose to its highest level in around real months of 21.36 points.

The difference between the three-month interest rate and 10-year interest rates grew to the widest since April 2007. This curve "inversion" between the two maturities has gone ahead of every US recession over the past 50 years.

The rest of the high flying FAANG group also lost ground. Facebook Inc, Amazon.com Inc, Netflix Inc and Google parent Alphabet Inc were down between 2.5% and 4%.

No.1 US meat processor Tyson Foods Inc was a bright spot, up 7.8% after beating quarterly estimates.