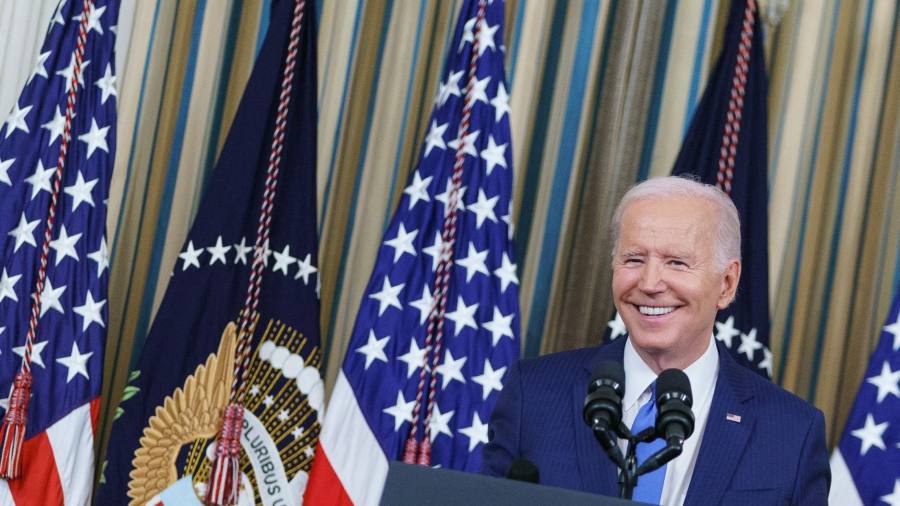 The rally in markets came after the US consumer price index for October came in at 7.7 percent, marking the smallest 12-month increase since January and a sharp drop in annual inflation from 8.2 percent in September. Economists had predicted an increase of 8 percent.

The core CPI reading, which excludes food and energy prices, came in at 6.3 percent year-on-year, below expectations of 6.5 percent and September’s reading of 6.6 percent.

The dollar fell immediately after the CPI report, trading down 1.4 percent against a basket of six peers.

The lower-than-expected readings ease pressure on the Fed to maintain its policy of aggressive rate hikes to fight inflation. The central bank has delivered four increases in a row of 0.75 percentage points this year to slow rising price growth.

Fed Chairman Jay Powell signaled earlier this month that the central bank will slow the pace of monetary tightening, but arrive at a higher than expected terminal rate.

Former US Treasury Secretary Lawrence Summers said earlier this week that the terminal rate could reach “6 [per cent] or more”. But markets now expect the Fed’s benchmark interest rate to peak around 4.8 percent in May 2023, after forecasting a peak of just over 5 percent in June.

“[The CPI numbers] will be a catalyst, I think we will have a fairly good market recovery until the end of the year, says Jim Paulsen, investment strategist at Leuthold Group.

“The fact that the Fed could slow down from here means that what could break out is a conversation not just about recession instead of inflation, but a conversation about maybe avoiding a recession altogether,” Paulsen said. “Maybe we’ll get a soft landing.”

Traders are also weighing the incoming results of this week’s midterm elections. A day after the polls closed, elections had not yet been called in several states, leaving control of both the Senate and the House up in the air. However, analysts said the Republican Party’s showing so far had already undermined poll predictions of a “red wave” in both chambers.