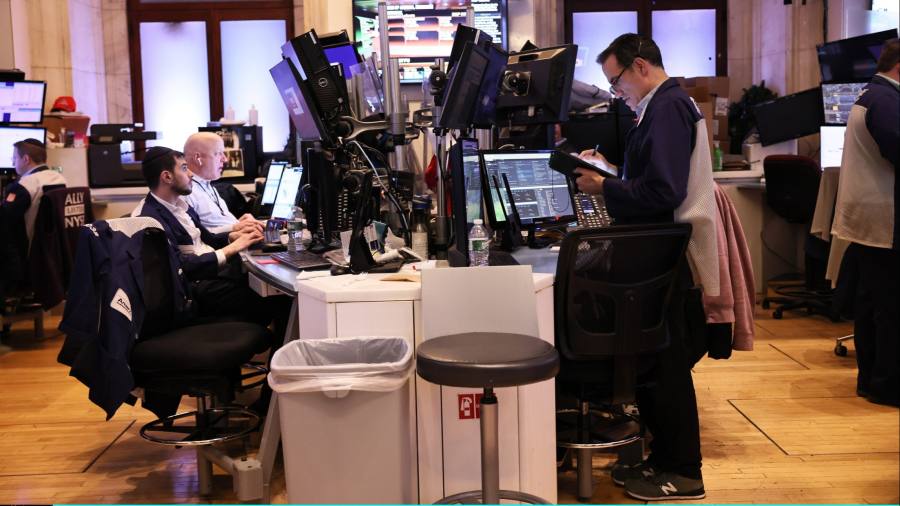 U.S. stocks rose on Tuesday, even after Federal Reserve officials reiterated that interest rates are likely to remain above 5 percent for much of 2023.

The arguments for both moves depend largely on December’s consumer price index data, which will be published on Thursday. Market participants surveyed by Refinitiv expect prices to have risen 6.5 percent year-on-year in the last month of last year, down from an increase of 7.1 percent in November.

“A cool surprise will tilt expectations on the 25th [basis point] increase, then we get some equity upside, says Mike Zigmont, head of trading and research at Harvest Volatility Management. “Hot data will result in 50 [basis point] expectations and significant disadvantages. The market is not symmetrically prepared.”

US Treasuries have risen since the start of the year on signs of slowing wage growth in the world’s largest economy – a critical measure of pressure on prices for Fed officials who insist their approach to monetary policy will be “completely data-driven”.

On Tuesday, however, the interest rate on the two-year government bond, which is sensitive to interest rate expectations, rose 0.05 percentage points to 4.25 percent.

The 10-year Treasury yield, seen as a proxy for borrowing costs around the world, added 0.1 percentage point to 3.62 percent. Bond yields move inversely to prices.

A measure of the dollar’s strength against a basket of six peers rose 0.2 percent on the day. The euro hovered around its highest levels against the dollar since June, at $1.074.