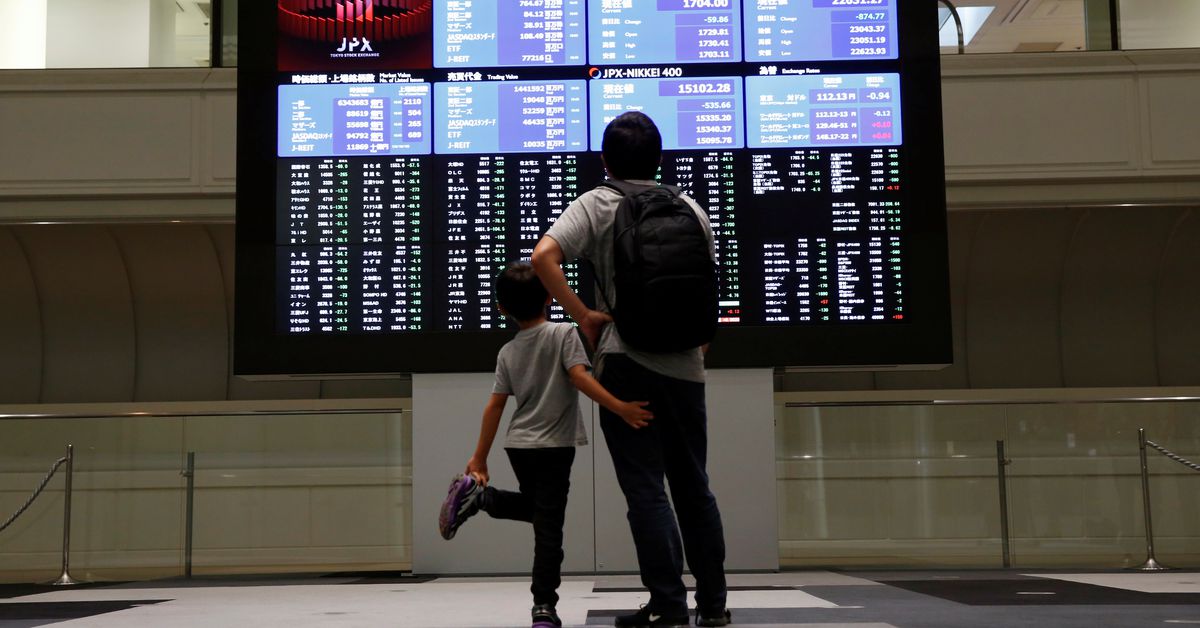 US consumer prices rose solidly in January, leading to the biggest annual increase in inflation in 40 years, which could fuel financial market speculation for a 50 basis points interest rate hike from the Federal Reserve next month. read more

The MSCI world equity index (.MIWD00000PUS) fell 0.9% after clinging to gains throughout much of the session.

“While inflation continued to overshoot the Fed’s target in January, fundamental drivers of inflation are starting to improve,” said Bill Adams, chief economist for Comerica Bank. “Remember, a big part of the surge in prices was from shortages, and the economy is making big strides to reduce shortages.”

A pullback in government bond yields in recent days and a tech-fueled rebound had supported the broader stock market rally this week. But most markets remain down sharply for the year – the tech-dominated Nasdaq 100 by 8% – after a January in which investors panicked about the impact of higher rates and less cheap money on highly valued shares.

The Fed is broadly expected to start raising rates at its March meeting.

Federal funds rate futures have increased the chances of a half percentage-point tightening by the Federal Reserve at next month’s meeting following the US consumer prices report.

In Asia, Chinese blue chips (.CSI300) lost 0.26% as investors took profits and worries about US sanctions continued to weigh on sentiment. read more

Long-term bond yields had been continuing Wednesday’s retreat when US inflation data sent them whipsawing. The yield on the benchmark 10-year US Treasury note topped 2% for the first time since August 2019.

Germany’s benchmark 10-year yield soared to its highest since December 2018.

Bond yields have been climbing as investors anticipate the Fed will begin to tighten monetary policy, starting with an interest rate hike in March, as well as expectations the US central bank will begin to wind down its balance sheet.

Money markets are expecting a first rate hike by the European Central Bank as soon as June after ECB President Christine Lagarde signaled last week for the first time that a rate hike in 2022 could be a possibility to curb inflation. read more

In a reminder that many central banks remain concerned about rising rates, the Bank of Japan announced that it would buy an unlimited amount of 10-year government bonds at 0.25%. read more.

Sweden’s central bank kept its policy broadly unchanged, saying it was too early to withdraw support for the economy and that surging inflation was temporary.

Reporting by Editing by Chris Prentice in Washington and Tommy Wilkes in New York; Editing by Will Dunham, Chizu Nomiyama and Nick Macfie