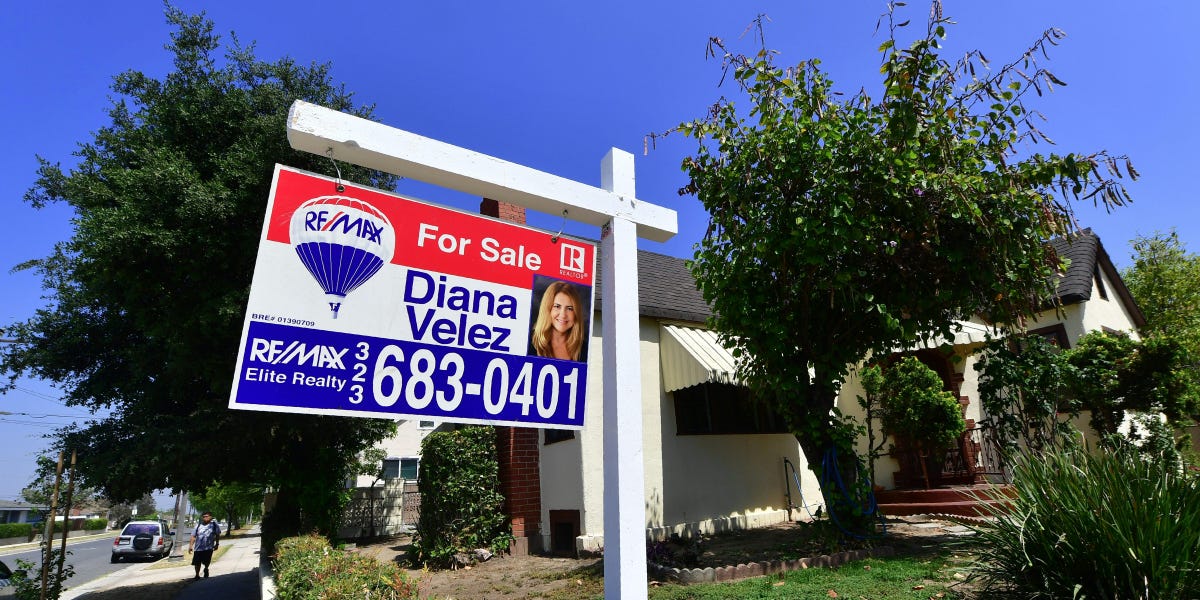 US home prices are already falling and are about to fall even more as demand for new homes “craters”, according to an economist at consultancy Pantheon Macroeconomics.

“Detached homes are about 15% to 20% overvalued, so the next few months will be very tough,” Ian Shepherdson, chief economist at Pantheon Macro, said in a note to clients on Tuesday.

Data on sales of new homes in the US for June will be released on Tuesday. Economists polled by Bloomberg expect sales to have fallen to 659,000, from 696,000 in May.

However, Shepherdson said he expects a much larger drop to 550,000. New home sales topped 1 million in August 2020.

“The trend in new home sales closely follows the number of mortgage applications, which makes it clear that demand is cratering,” he said.

The ongoing drop in sales is driving up the availability of homes relative to the number of buyers, meaning prices are likely to fall sharply, Shepherdson said.

Pantheon Macro estimated that prices of existing single-family homes fell by a “hedge” 1.8% in June compared with a month earlier, following a 0.4% drop in May.

“The market is adjusting to a new reality, with much lower sales volume and far more inventory. So prices will have to adjust to the downside, probably quite significantly,” Shepherdson said.

The US housing market – like others around the world – boomed in 2020 and 2021 as central banks cut interest rates and people moved to more spacious properties during the coronavirus pandemic. According to the Case-Shiller index, US home prices rose 40% between February 2020 and April 2022.

However, the Federal Reserve and other central banks are now raising interest rates as they grapple with red-hot inflation. This has caused bond and mortgage interest rates to rise, which has dampened demand for mortgages and home purchases.

US mortgage applications fell to their lowest level since 2000 in the week to July 15, the latest update of the Mortgage Bankers Association’s market index showed last week.

The average 30-year mortgage rate was 5.54% last week, according to mortgage agency Freddie Mac. That is more than double the rate of 2.76% seen a year earlier.

The decline in the US housing market worries some economists and analysts.

José Torres, an economist at Interactive Investor, told Insider this week that he expects US home prices to fall 25% from top to bottom, in “something very similar to what we saw during the Great Financial Crisis.”

However, many analysts have downplayed comparisons with 2008, saying banks then engaged in much riskier lending practices.

Dario Perkins, an economist at TS Lombard, said the COVID boom is “nothing like the subprime bubble of the early 2000s,” in a note to clients last month.

“​A genuinely nasty subprime-style crash occurs when existing homeowners have stretched themselves and are vulnerable to a sudden increase in their servicing costs – ultimately leading to a crisis among lenders,” he said.

“Such dynamics seem unlikely today, even if the end of the COVID boom leads to a decline in house prices.”